The end to the season-closing Abu Dhabi Grand Prix has caused controversy, but Red Bull team boss Christian Horner - whose driver Max Verstappen clinched the World Championship on the final lap - believes that the FIA made the correct call. 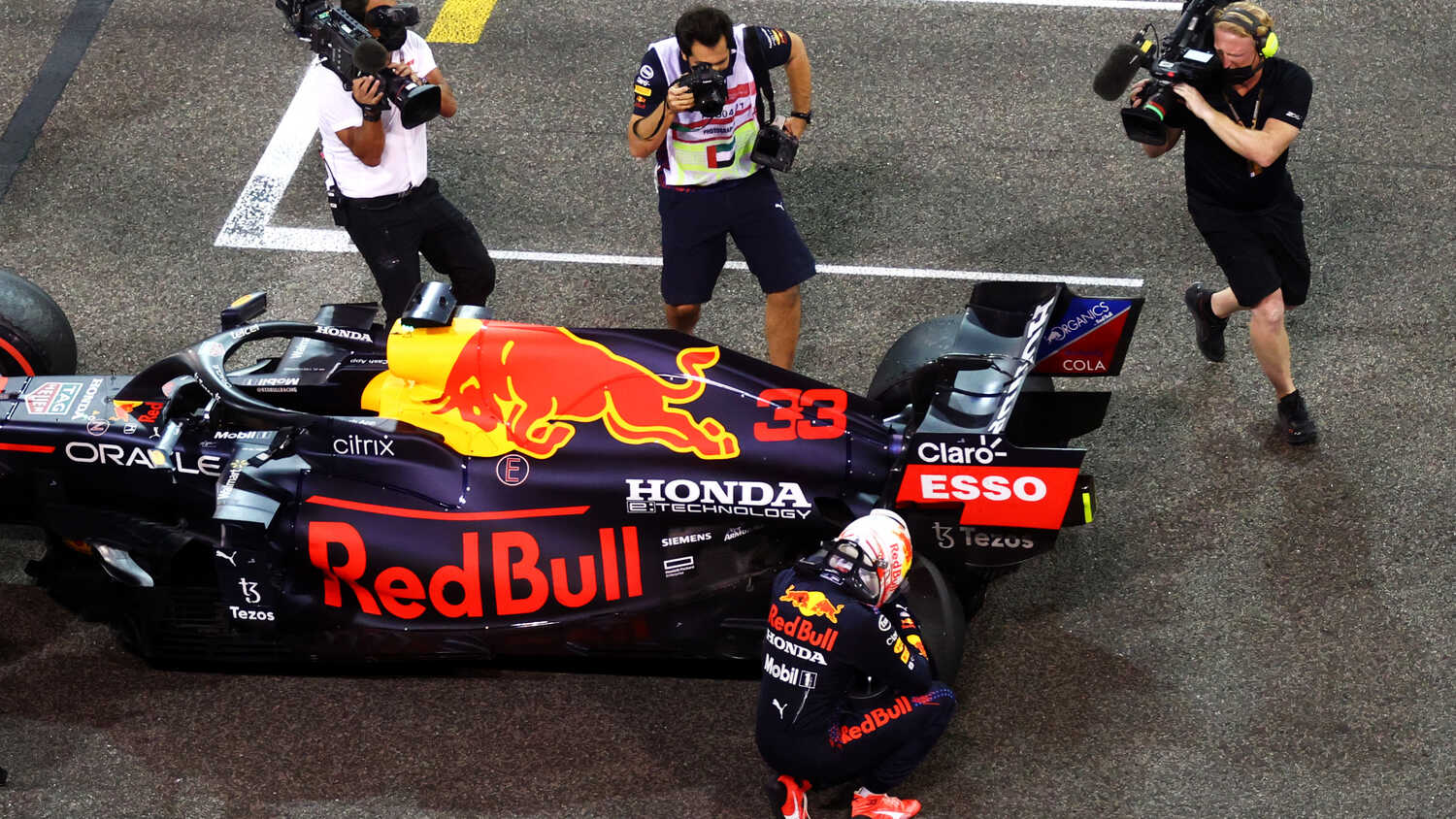 Christian Horner has praised the FIA for their call to restart the Abu Dhabi Grand Prix with one lap remaining after a Safety Car period.

The 2021 F1 World Championship was consequently decided in a final-lap showdown between Max Verstappen and Lewis Hamilton, with lapped cars allowed to overtake just before the Safety Car peeled into the pits.

Verstappen was able to get ahead of Hamilton, given that the Dutchman had pitted for a fresh set of Soft tyres during the Safety Car, whilst Hamilton was running on old Hard tyres. As a result, the Red Bull man clinched the title.

The end to the race has attracted controversy, with 2022 Mercedes driver George Russell amongst those to criticise it, whilst Mercedes have confirmed that they have lodged protests with the stewards.

Horner, though, has defended the decision made by race direction.

"I was screaming at them, 'Let them race!'" the Red Bull team boss told Sky Sports.

"That's what we've been talking about all these years - let them race - and this championship came down to the last lap.

"And [the team made] a great strategy call, to make that pit-stop, to take that set of Softs, and then it was down to Max to make it happen."

"Unheard of" to leave cars unlapped

Just before the Safety Car period ended, lapped cars were allowed to overtake, which enabled Verstappen to battle with Hamilton for the last lap, and Horner thinks this was the right move from the FIA.

"It's unheard of to leave the cars unlapped," Horner explained. "You can see they wanted to get the race going again.

"But they don't need to catch up the back of the pack, so they made absolutely the right call. [It's] difficult circumstances for the stewards, we're all putting pressure on them.

"But they called it right and I'm just so proud of Max, so proud of the team for what we've been through this year, what we've achieved against some fierce and great opponents."

Verstappen had to fight to get past Hamilton on that all-important final lap, and Horner admits he was getting very involved from his seat on the pit wall.

"I've lost my voice," Horner revealed. "I was screaming from Turn 5, all the way down that back straight!

"He got the job done into [Turn] 5, and then they were coming back on the straight with a slipstream, but you just knew that Max was not going to give it up.

"He's come so far this year and then to clear [Hamilton] and close it out across the line, and see him become the World Champion for us after all these years... [It's] an amazing feeling."