The Red Bull team boss has played down the rear wing issues on Max Verstappen's car that were noticed during qualifying for the Mexican GP. 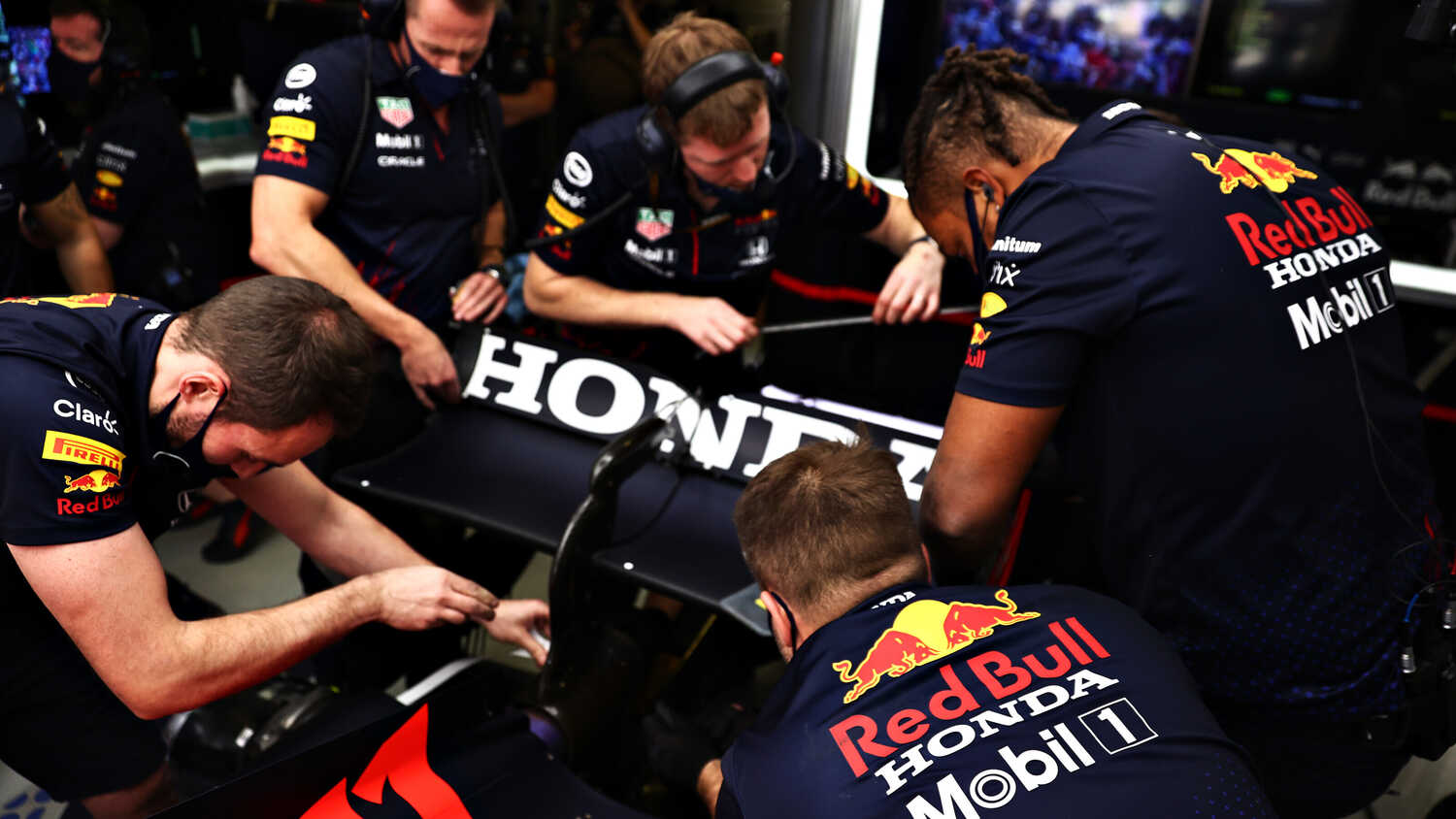 Verstappen was the big favourite to take pole position, having dominated the second and third free practice sessions at the Autodromo Hermanos Rodriguez.

Valtteri Bottas claimed top spot in qualifying, leading a Mercedes 1-2 from Lewis Hamilton, with TV cameras picking up some work being done on Verstappen's rear wing before qualifying began.

Tape could be seen on the right-hand side of the rear wing, which Horner insisted had no effect on the car's performance.

"We saw something in FP3, that we just wanted to add a bit of protection into the rear wing," Horner told Sky Sports F1. "It was nothing. It was more precautionary than anything else. So nothing that would affect the performance.

"I think that we were just concerned with a bit of fatigue that we've seen, nothing serious. But we just wanted to take no risk on it.

"The guys will have a good look at it [before the race] but the modification that has been done has, I think, addressed any concerns."

Championship leader Verstappen, who won in Mexico in 2017 and 2018, was favourite for the last event two years ago, but a series of mistakes including a hard-fought battle with Hamilton and Bottas left him out of contention for the victory.

Horner is eager to avoid a repeat of the opening laps from 2019, when Verstappen suffered a puncture while racing Bottas in the stadium section of the track.

"We don't want an action replay [of 2019]," said Horner. "Max started third, Lewis got very aggressive into Turn 2, and then a puncture screwed the rest of the race.

"You have got to be there at the finish. We still think we have got a great chance in this race, but it's certainly harder than it was looking perhaps earlier on Saturday."