Christian Horner was relieved to see that Mercedes' straight-line speed wasn't unusually higher than Red Bull's in qualifying in Qatar. 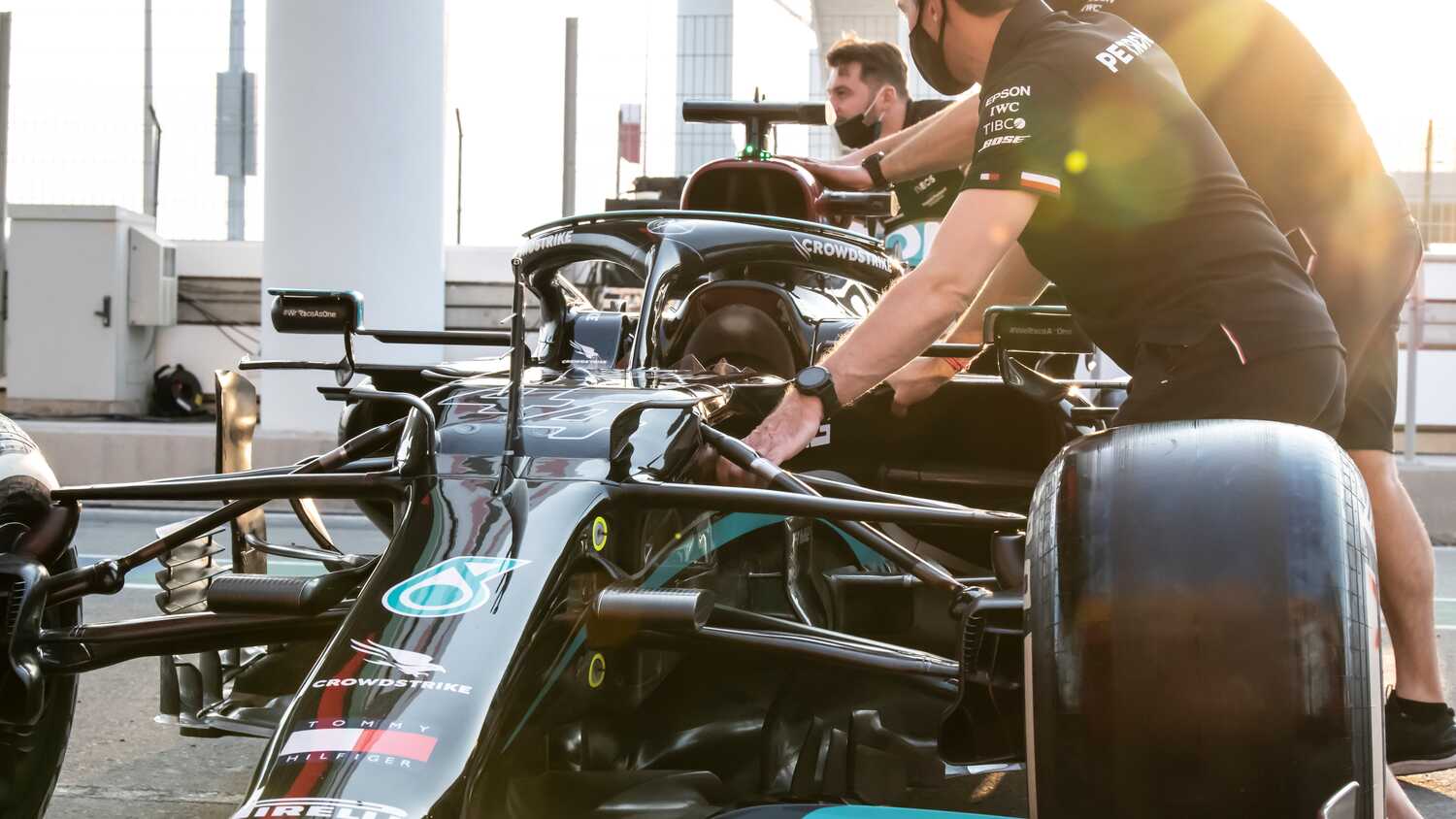 Red Bull's Christian Horner has welcomed the introduction of more stringent rear wing flexibility load tests this weekend in Qatar, after pointing out that Mercedes' straight-line speed no longer appears to be far in excess of his team's.

Horner has been very vocal about the strength of Mercedes in a straight line in recent races, with Red Bull pointing to alleged flexibility in the Mercedes' rear wing as being the main suspect as to what's giving them the advantage.

New flexibility tests are being introduced by the FIA, with the first of these being carried out after qualifying in Qatar.

Asked whether his opinion had changed after qualifying, in light of Lewis Hamilton claiming an emphatic pole position by over four-tenths of a second, Horner laughed and said Red Bull's own data suggested Mercedes were no longer an outlier in terms of straight-line speed.

"I think the load test has done its job, because their straight-line speed is under control," Horner wryly explained, talking to Sky Sports.

"Suddenly, we're line on line. We haven't seen that for about four or five races. So, as I said before, this is all about, not so much this circuit, but it's very much about Jeddah and Abu Dhabi, where there's a massive premium on straight-line speed."

As for where Hamilton had had the advantage over Verstappen around the lap to claim pole by such a large margin, Horner said he had been untouchable through the middle sector.

"I think their straight-line speed has come down a bit," he added.

"I think that it looks very similar to our straight-line speed now, which is good to see. Lewis made all his time in Turns 6 and 7. Particularly on that last lap, he had an amazing sector through that sequence of the two slower corners.

"So from what we have seen on the straight-line speed, it looks normal. It's just a very strong lap by Lewis."