Horner: Hamilton lucky to not have another collision with Leclerc

The Red Bull team principal thinks Lewis Hamilton is fortunate that he did not have a similar accident with Charles Leclerc as the one he had with Max Verstappen. 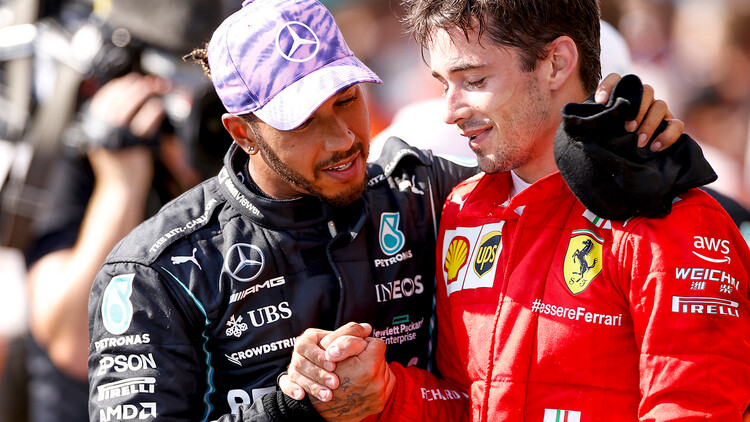 Red Bull team principal Christian Horner believes Lewis Hamilton was lucky to not collide with Charles Leclerc at the British Grand Prix, in the same way he made contact with Max Verstappen earlier in the race.

Hamilton overtook Leclerc for the lead with three laps to go at Copse, the same corner he had his controversial incident with Verstappen on lap one at Silverstone.

"I can't see how Lewis can take any satisfaction out of a win when you have put your fellow competitor and driver in hospital," Horner told RacingNews365.com and other select members of the press. "It's disappointing, it's extremely annoying.

"He was lucky enough to not have the same accident with Leclerc. If Leclerc had not gone wide and tried to take the line he tried to, exactly the same incident would have prevailed."

Horner thinks Hamilton's inability to get back past Verstappen during Saturday's sprint race, having lost out at the start, meant he was extra motivated to overtake his championship rival on Sunday.

"I think he knew exactly that," said Horner. "I think he would wound up after Saturday's result. You could see that on Saturday. I think that that the atmosphere, the crowd and everything he was obviously fully motivated.

"He just made a massive misjudgement. He got a penalty for it, but it's fairly meaningless, and that was his only opportunity.

"Had Max come through that corner he might not have seen him again for the rest of the afternoon. For me, it was a desperate move that thankfully didn't have worse consequences than a written-off car and a bruised and battered driver."