McLaren's Daniel Ricciardo won't be racing in front of his home fans again this year, with the Australian driver admitting he's 'heartbroken' to not being able to get home. 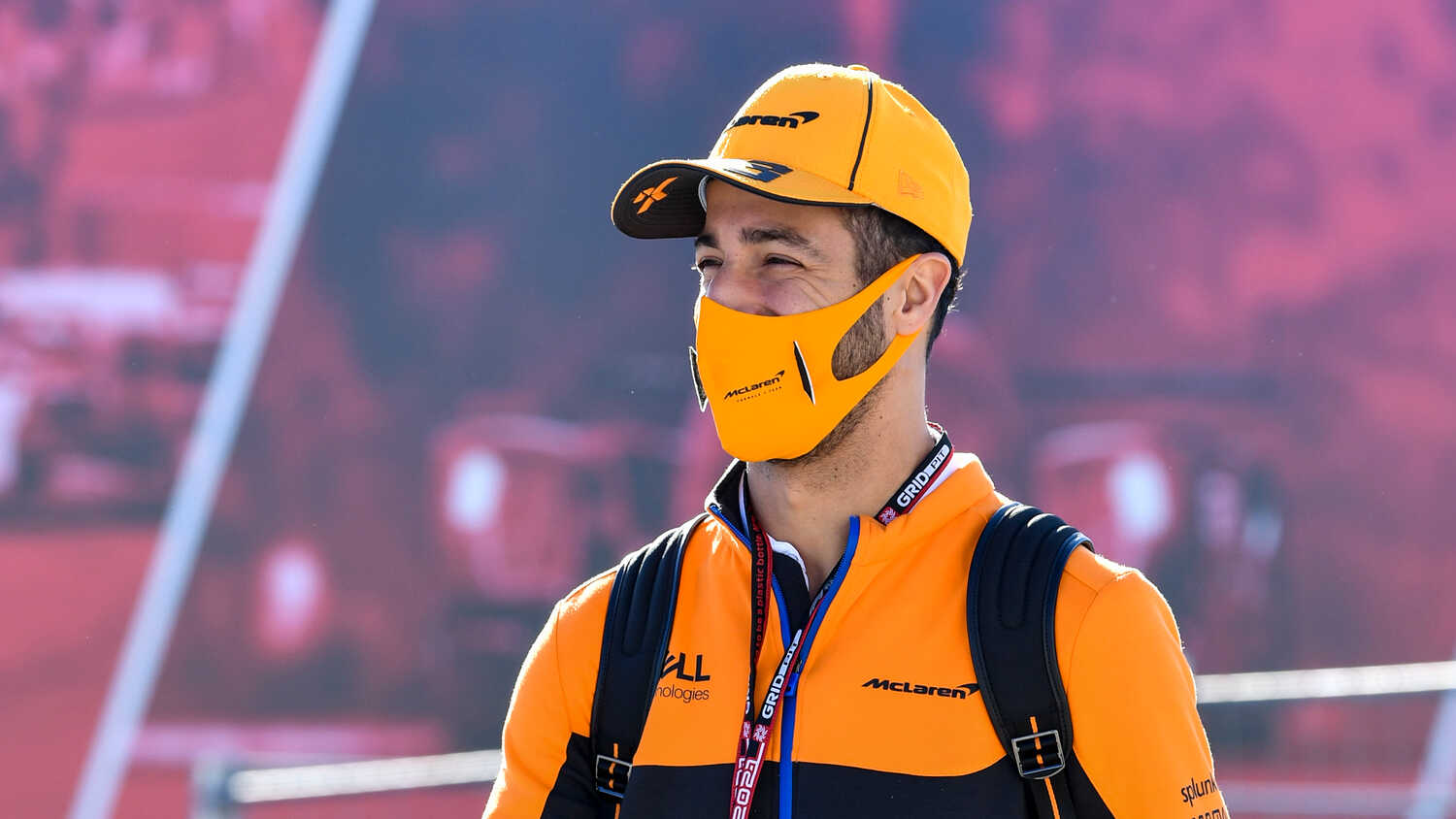 Daniel Ricciardo has admitted that he's 'heartbroken' over not being able to race at his home race in Australia this year, after the confirmation from Formula 1 that the Australian Grand Prix in November has been cancelled in light of ongoing COVID restrictions.

It's the second straight year the event has been cancelled, with the 2020 race cancelled on the morning of Friday practice last year as the COVID pandemic took hold globally.

"Hey everyone, I normally smile, but it's hard," a visibly sad Ricciardo said in an online video statement.

"Obviously, I'm really, really gutted we're not coming back home to Oz this year. Well, I'm not coming home, for the others it's not their home, but I know everyone enjoys the Australian Grand Prix and coming to Melbourne.

"It hurts we haven't been there now for two years so, look, we got to look forward and hope that 2022 works out and we can get home. I think the main thing is everyone keeps their chin up. Hopefully, everyone stays well, stays healthy and it's heartbreaking, but hopefully we can see you all soon."

Ricciardo recently admitted to being homesick

A proud Australian, Ricciardo has been unable to get home to Australia for over a year due to restrictions. Speaking in an interview recently, he admitted to feeling homesick and using that negative feeling to motivate himself.

Ricciardo is the only current Australian F1 driver, although former F1 stalwart and Red Bull driver Mark Webber also spoke about his disappointment that the Melbourne race, scheduled for November 21, will not be going ahead.

“I’m shattered that we can’t hold a Formula 1 event in Australia for another year," Webber said.

"It’s a real shame as we’re world class at pulling these types of events off as an organisation.”

With Formula 1 cancelling the Australian GP, and MotoGP also calling off their Australian round at Phillip Island, the Australian Grand Prix Corporation say they're working full scale ahead to try to ensure the 2022 race goes ahead.

“We’re deeply disappointed that for a second consecutive year, both MotoGP and Formula 1 fans won’t be able to see the world’s best riders and drivers compete at the wonderful Phillip Island and Albert Park Grand Prix Circuits," said Paul Little, Chairman of the AGPC.

“We appreciate the challenge Australia faces with current international travel restrictions and the importance of vaccinations.

“I would like to reassure our motivated and professional staff, suppliers and partners, as well as the Victorian tourism and major events community that we will work tirelessly to deliver these iconic events in 2022.”