With this being F1's debut visit to the Losail International Circuit, the 2021 Qatar Grand Prix looked to be a weekend of unknowns. There was one element in particular that Damon Hill was intrigued by. 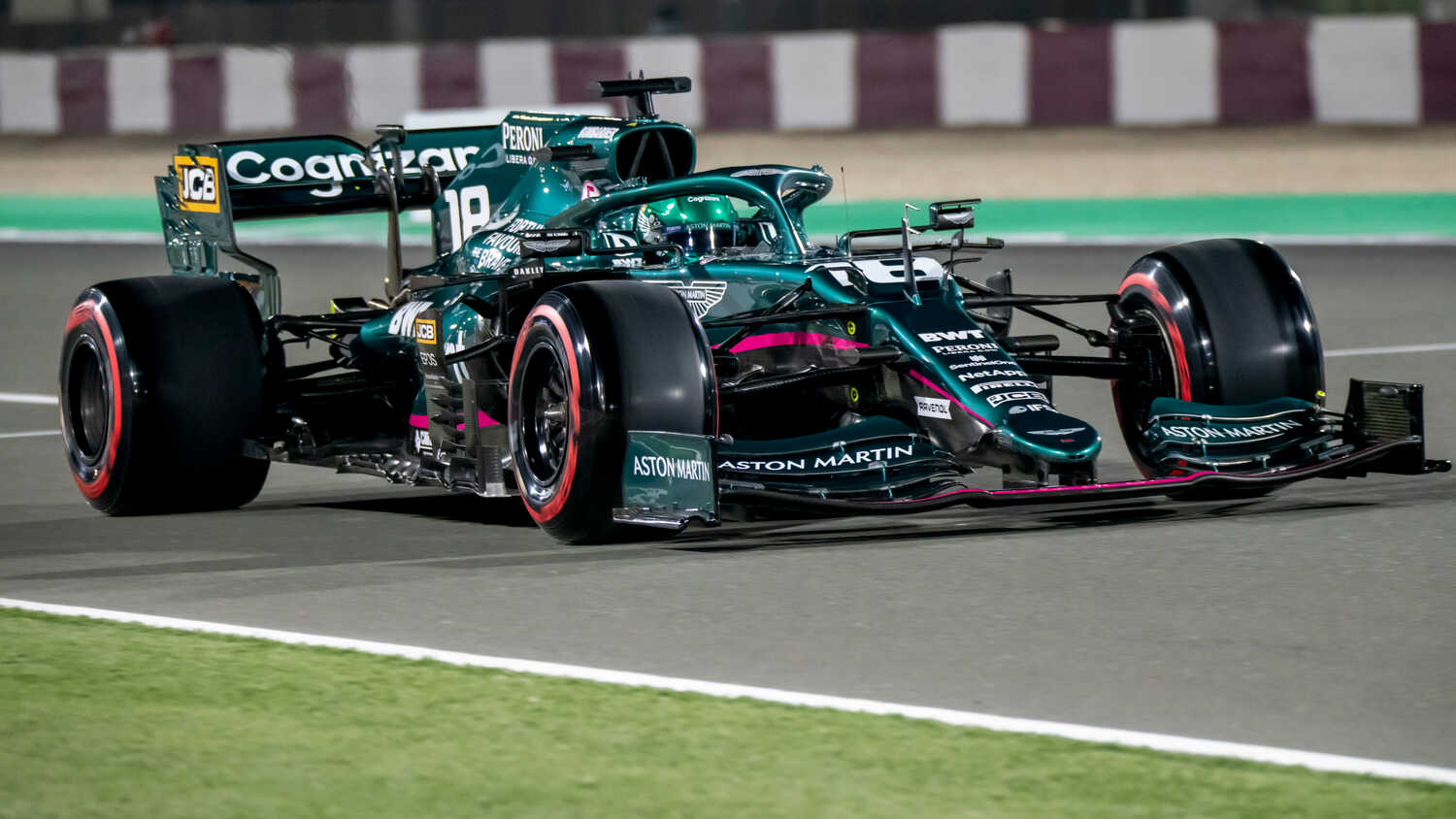 Damon Hill admits he found it "odd" to see several cars perform much more strongly during race day at the Qatar Grand Prix than they had done in qualifying.

There were some big gains made by drivers on Sunday, particularly for the Aston Martin team. Lance Stroll finished an impressive sixth after starting down in 12th, whilst teammate Sebastian Vettel made it a double points finish by ending the day in 10th.

Others to work their way up from their starting position included Esteban Ocon in the Alpine, who reached fifth from ninth. Sunday was also a much better day for Sergio Perez, who had been eliminated in Q2 of qualifying, and the Ferraris of Carlos Sainz and Charles Leclerc.

This pattern did not go unnoticed by Hill.

"It was odd to see how cars performed better in the race than they did in qualifying in Qatar," Hill told the F1 Nation podcast.

The main team who did not seem to experience this effect though were AlphaTauri. Pierre Gasly had started from the front row of the grid alongside pole-sitter Lewis Hamilton, but finished the race outside of the points in 11th.

Entertainment in the midfield

Whilst much of the focus in Qatar was on the continuing title battle between Hamilton and Max Verstapen, Hill enjoyed seeing the action unfold further back in the field during the event at the Losail International Circuit.

"There was a lot of entertainment in Qatar that went through the overtaking of these 'minor' places," Hill explained.

"I say 'minor', but I understand they're important to the teams. There was some good dicing, I thought, and good overtaking and a bit of wheel-to-wheel action at Qatar in the midfield.

"You clearly don't get quite as much of that at the front. It's much more nuanced at the front, isn't it?"