Herbert: Only Verstappen would cause title-deciding crash

Ex-F1 driver Johnny Herbert has weighed in on the 2021 title fight between Max Verstappen and Lewis Hamilton, which will go down to the wire at the Abu Dhabi Grand Prix. 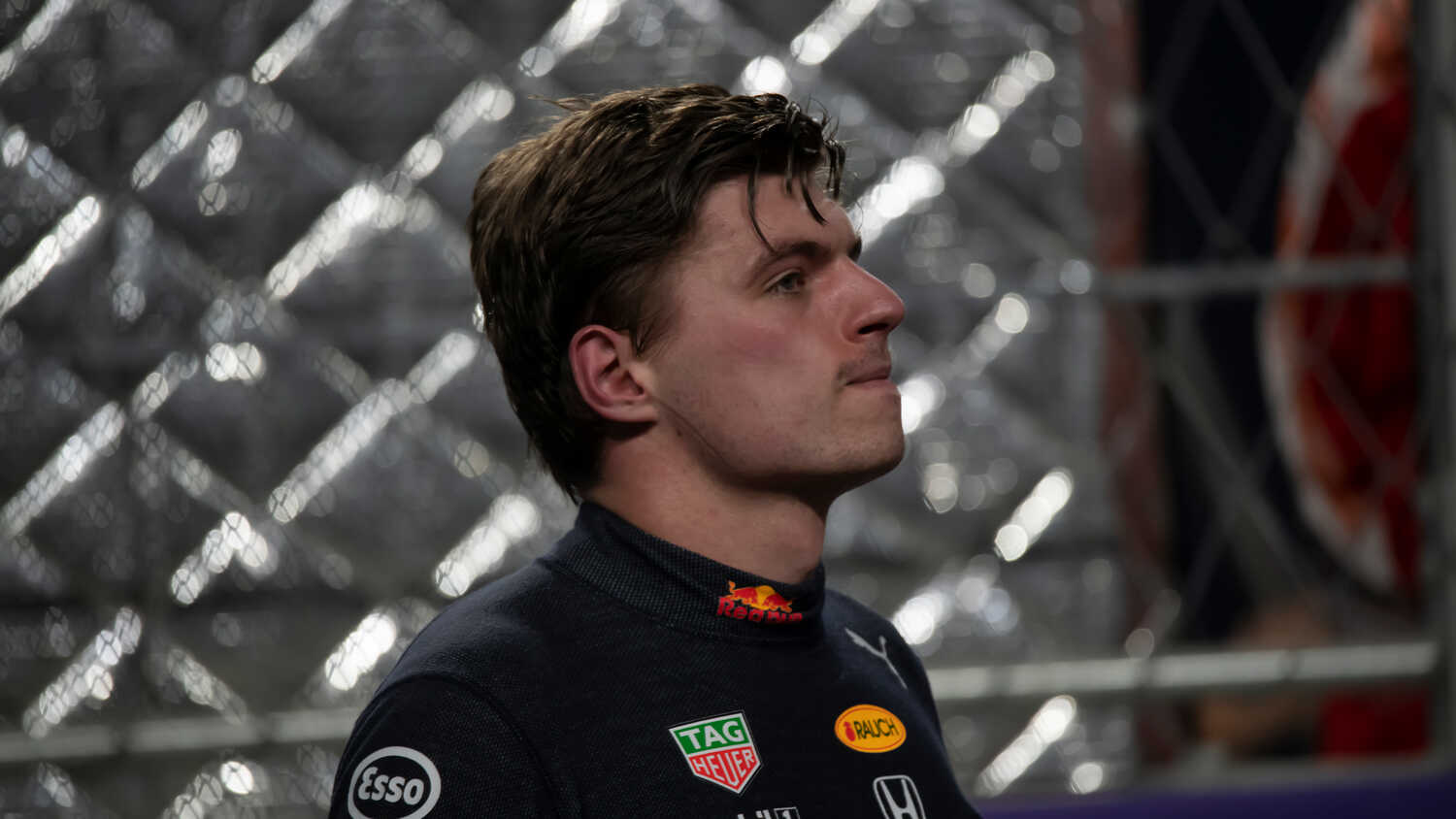 Johnny Herbert has suggested that only Max Verstappen would be willing to cause a potentially title-deciding incident at the Abu Dhabi Grand Prix, given that he holds a victory countback advantage.

Lewis Hamilton drew level on points with Verstappen after his third successive victory in Saudi Arabia - a contentious encounter that featured several wheel-to-wheel scraps and a collision.

However, Verstappen has more wins than Hamilton over the course of the season so far (nine to eight), meaning he would be crowned World Champion if they remain level on points at the end of Sunday's finale.

Hamilton referenced the point post-race in Jeddah, commenting that "it doesn't matter for him if we don't both finish", while "for me, we both need to finish".

Herbert hopes another clash is avoided

Verstappen also noted his "advantage" in terms of race wins in an interview with Sky Sports, adding that the weekend is "gonna be exciting".

Herbert raised the prospect of Verstappen taking matters into his own hands in the title-decider, though hopes the two contenders will keep their battle clean.

"Max said something [that] I think very telling as well, where he sort of said, 'I still have the advantage that I have more race wins'," three-time Grand Prix winner Herbert told Sky Sports.

"That means they both can't finish for Max to win the World Championship, so that was a very interesting statement.

"I don't want to see the championship decided by one of the drivers taking out the other, and that will only be Max, because of that comment he mentioned [that] he's got the advantage of those race wins."

Herbert also gave his thoughts on the clash between Verstappen and Hamilton on Sunday night, when the Dutchman slowed to cede position after an illegal overtake, but was later given a 10-second time penalty for the manner in which he did so.

"I remember texting Damon Hill at the time and sort of saying, 'He brake tested him!'" Herbert added.

"That is where you go, 'Max, you don't need to do that! You've got the rawest skill that we've seen, as well as Lewis'."

Verstappen "showed what he is willing to do"

Herbert feels that Verstappen's actions over the course of the weekend highlight just how far he is willing to go to win a maiden world title and prevent Hamilton from securing a record-breaking eighth crown.

"What a final race have we got coming our way, because this is far from over," he commented.

"I think it just shows what Max is willing to do to try and win this World Championship.

"I agree with Lewis. Although I love Max because of what he does on the race track, he does really push the limits and sometimes he pushes it too much."