Mercedes will fit Lewis Hamilton's car out with his "spicy engine" ahead of qualifying at the Jeddah Corniche Circuit. 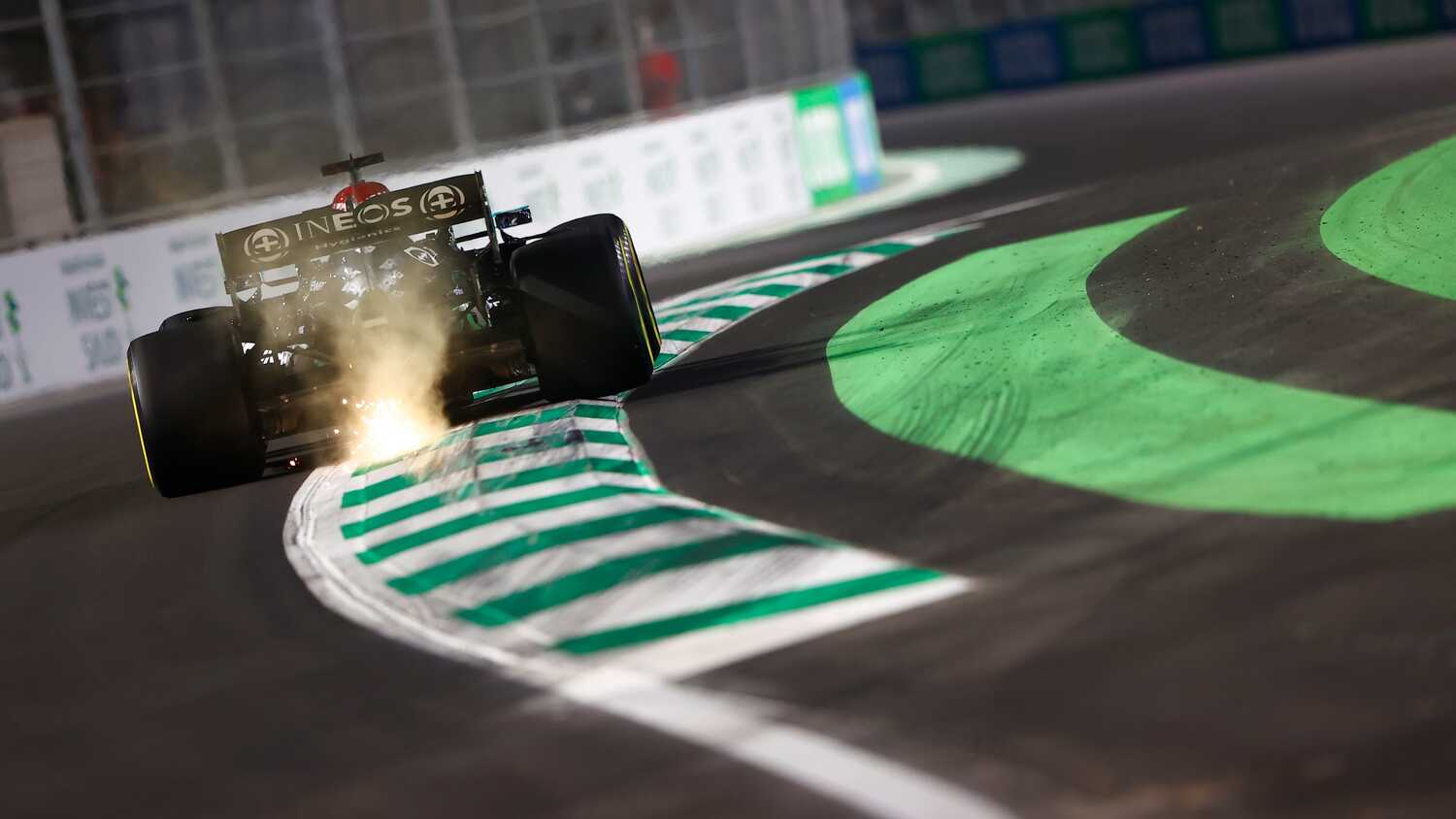 Mercedes will fit Lewis Hamilton's car out with the self-titled "spicy engine" on Saturday in Saudi Arabia, ensuring he'll have the freshest unit possible for qualifying.

While Hamilton topped the times in Friday practice at the Jeddah Corniche Circuit, he did so with another engine from his pool, with the "spicy engine" being kept on the sidelines.

Hamilton took on the new engine at the Brazilian Grand Prix, with the reigning World Champion exploiting the power offered to recover from his grid penalty to win the race.

Afterward, team boss Toto Wolff dubbed it the "spicy engine" as it's rumoured to be built for a shorter lifespan but exploiting more of its performance potential - with the unit not being used last time out in Qatar.

Mercedes' Andrew Shovlin confirmed that the fresher engine will be returned to Hamilton's W12 on Saturday.

"It's another step in the right direction," the team's Trackside Engineering Director told Sky Sports after Friday practice.

"I think it'll be a measurable step so, yeah, tomorrow we need to get all the performance possible on the car."

A simple target for Hamilton

Shovlin added that the target for Hamilton and Mercedes is simple: win both the Saudi Arabian and Abu Dhabi Grands Prix.

"Really, it is as simple as that," he went on to state.

"In a sense, Lewis does need to win both of the races, so it's nice we've actually got that clarity in the objective.

"But the key thing is we engineer a car that we can get on pole and that's the fastest thing in the race. That's what we need to do overnight.

"If we give that to Lewis, he should do the job. If we give the same thing to Valtteri [Bottas], he'll certainly be right up there."

Happy with the long-run pace

Shovlin explained that Mercedes were happy with the long-run pace that they showed in Friday practice, while being less satisfied with their single-lap performance.

"We're happy with how the cars perform on a long run," he commented.

"[On a] single lap, we were happier this morning than we were in the afternoon. We were slightly struggling to get the grip out of the tyres and, in particular, on that Soft.

"Now, we've got some ideas about what to do there, so I think we understand our own problem and we'll just get busy tonight trying to try to improve it."