Hamilton up for the challenge of Red Bull's race pace

All in all Lewis Hamilton was happy to finish with the second fastest time in qualifying on Saturday, especially given his struggles before that. While Red Bull remain the team to beat, the Briton is hoping to apply some pressure and turn things around on Sunday. 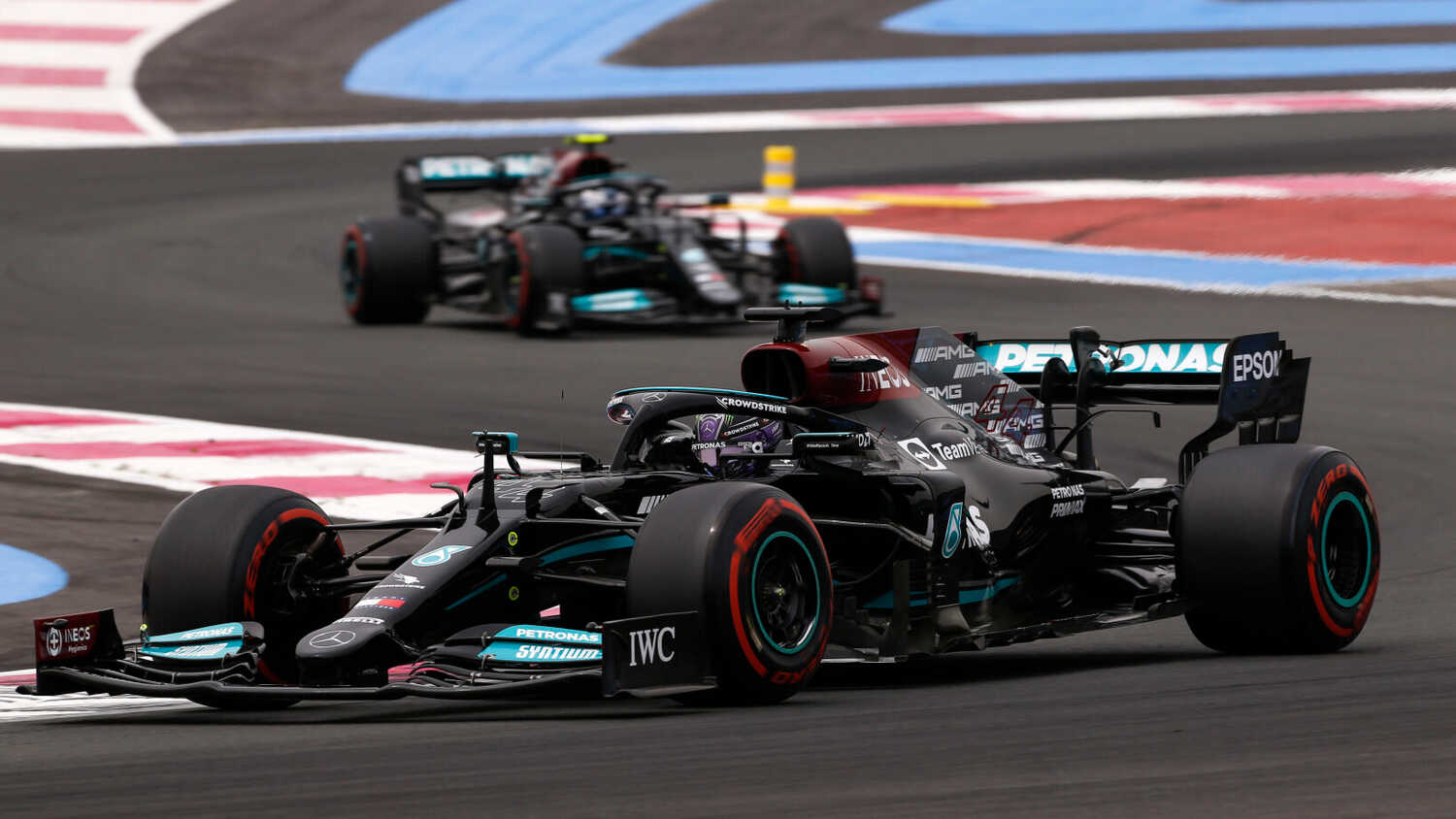 Although the gap to rival Max Verstappen remains following qualifying on Saturday, Lewis Hamilton remains calm heading into Sunday's French Grand Prix given he's felt more comfortable with his Mercedes as the weekend has progressed.

While the Silver Arrows have found themselves near the top of the timesheets during every session at Paul Ricard, Verstappen and Red Bull look to be the team to beat after taking pole. Nevertheless Hamilton, who admits the Milton Keynes outfit have a better race pace, remains hopeful.

"I’m not nervous for the race, just because it wasn't great yesterday, wasn’t great this morning and then in quali it was much, much better," Hamilton told RacingNews365.com and other members of the media on Saturday. "I think it will be good tomorrow.

"Generally yesterday they were quicker than us on the long runs so it’s going to be a challenge to follow but you know, there’s lots of opportunities tomorrow hopefully."

Following back-to-back street races in Monaco and Azerbaijan, teams and drivers have returned to a more conventional track at Paul Ricard. While Mercedes haven't worked out all of their issues given they are trailing Red Bull when it comes to speed on the straights, Hamilton is hoping to make up for any deficits by applying some pressure on Sunday.

"I didn’t really know what to expect this weekend," Hamilton added. "Definitely was hopeful of… I was looking stronger and naturally we have. We’ve been up in the top five, top four all weekend – but it hasn’t felt great – but it obviously must feel worse further back.

"We knew that the Red Bulls, of course it seems they’re just strong everywhere. Street circuits, doesn’t seem to matter where they go, they’re very strong and we’ve got some areas we just need to improve. Obviously today I heard that we’re losing out mostly on the straights, so we’ll try to figure-out what that is but yeah, as I said, it’s great that we are second and third.

"It puts us in the middle of the Red Bulls, it gives us a chance to really apply pressure tomorrow – but it’s just as close as ever before. Maybe they seem to have eeked a little bit further forwards than we were perhaps in Barcelona."