Hamilton: The run down to Turn 1 is daunting!

Mercedes' Lewis Hamilton might be starting Sunday's race from pole position, but he's fearing the long run down to Turn 1.. 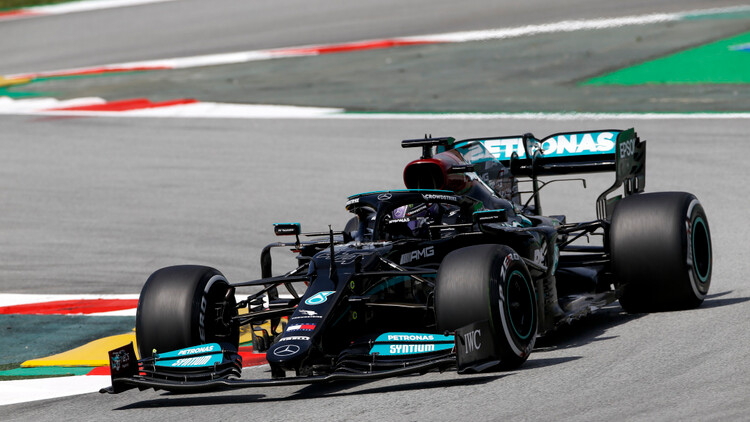 With 600 metres separating the grid from the first corner, Barcelona usually involves cars arriving side by side into the first corner, a prospect that Hamilton has said is daunting alongside championship rival Max Verstappen.

"This is one of the hardest races, one of the longest runs down to Turn 1 that we have," Hamilton told media before the race. "So it's daunting."

"Pole is always where you want to be but it's also you can get towed quite heavily so it's not that easy to defend your position. But we'll see, that's really something we prepared for, we work as hard as we can and just deal with it on the spot."

Asked whether he's re-watched some old starts in order to use that knowledge to help defend, Hamilton said he would make sure to study hard before the race.

"I'll watch some of the old starts, it's interesting with the wind changing direction today, so we now have a tailwind," he explained.

"The Red Bulls are really fast with that nice wing that they have. In the last race obviously, down the main straight, we had a headwind so that's why passing was a little bit better. Now, with a tailwind, it'll make it a little bit harder for people to slipstream."