Hamilton takes dig at Perez: When he's on your tail, you know the car's quick

Lewis Hamilton has appeared to take a mild dig at Sergio Perez, saying that Red Bull's speed was made evident by how close the Mexican got to him on Sunday... 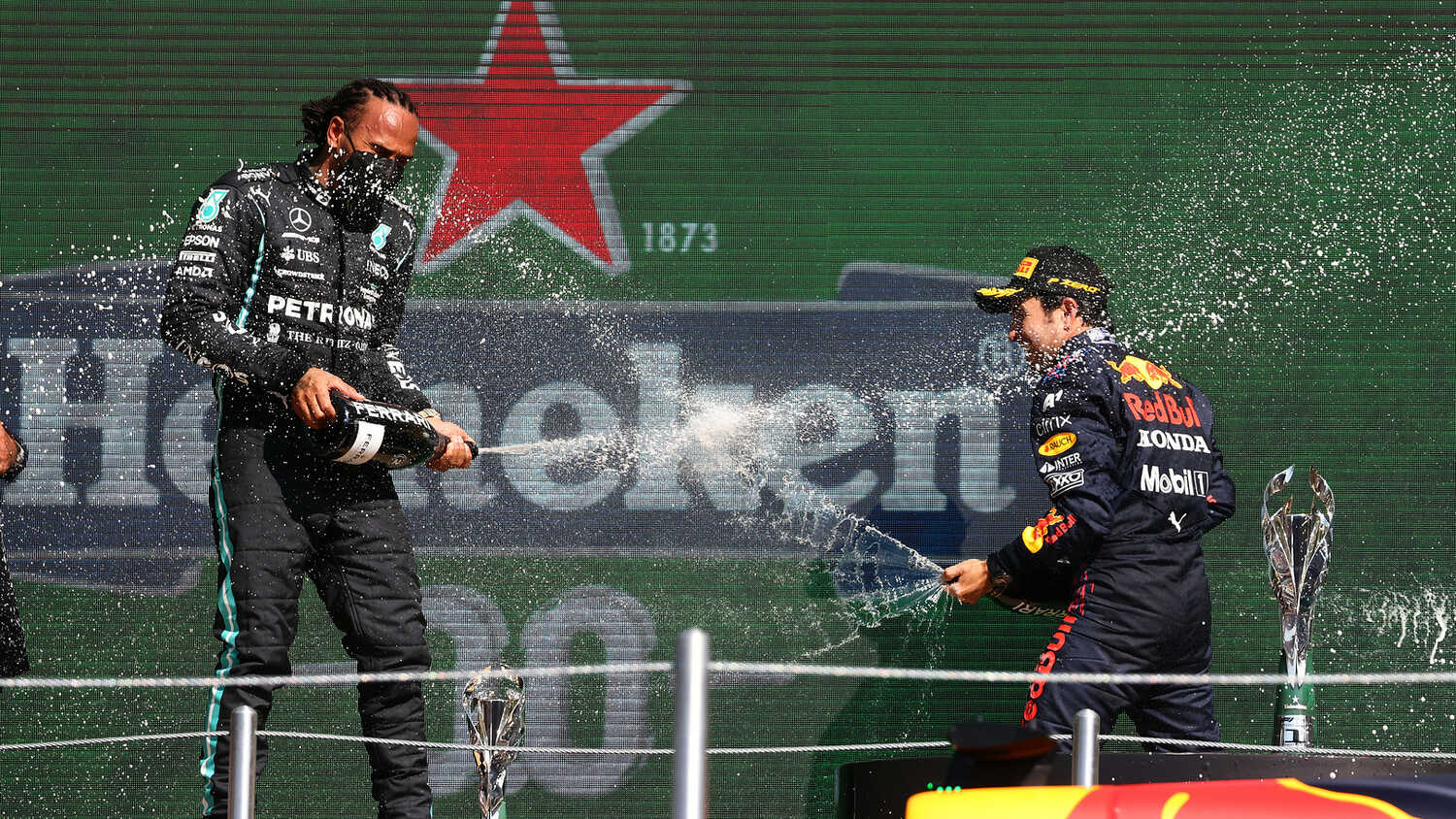 With Perez breathing down Hamilton's neck for most of Sunday's 71-lap race, as Max Verstappen sprinted to the win out front, the reigning World Champion commented on the home favourite's speed.

Having described Red Bull's pace as "unbelievable" in an interview with Sky Sports F1, Hamilton added: "When you've got Checo [Perez] on your tail, then you know the car is quick..."

Was Hamilton being disrespectful?

Hamilton's comments gained some traction on social media after the race.

However, Sky Sports F1 broadcaster Ted Kravitz addressed the situation, believing that the words weren't intended as a dig.

"It might have sounded disrespectful when Lewis was saying, 'We know Red Bull have a fast car when Checo is pressuring me from behind'," Kravitz said on his 'Notebook' segment post-race.

"It might have sounded, you know, 'Hang on, Lewis, Checo's alright' – bear in mind that, for the whole of the season, Hamilton has been comfortably ahead of Checo. That goes towards Checo learning how to drive the car fast.

"I know Lewis does respect Checo enormously, so I just think if you did hear Lewis saying [that], I think he's just putting into context the previous performance of the Red Bull in the hands of Perez, maybe not appreciating that Perez has made a step forward with his performance."