Mercedes' Lewis Hamilton has spoken about the possibility of the team needing to fit his car with a new engine in Sochi this weekend. 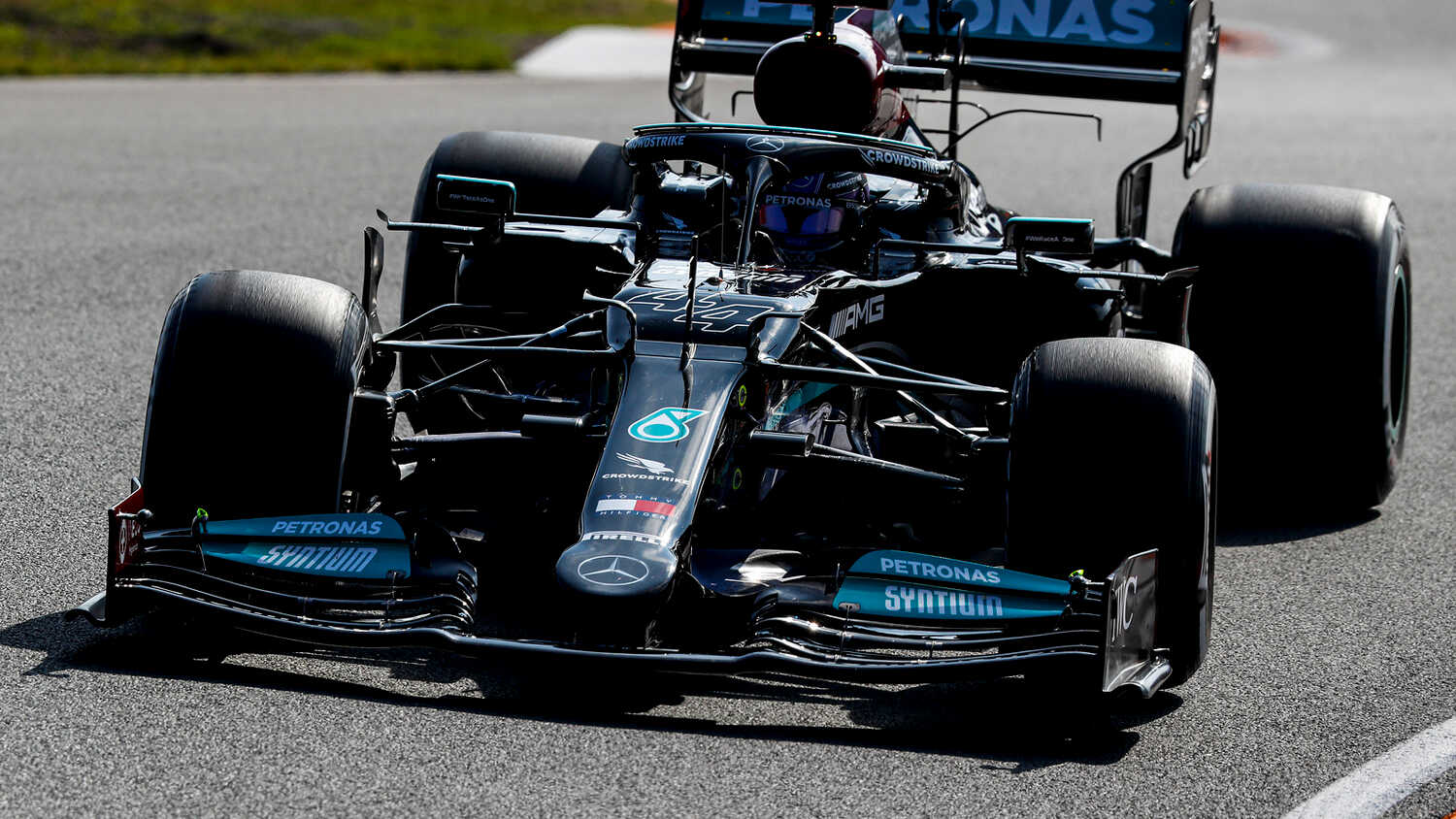 Mercedes' Lewis Hamilton has downplayed the chances of taking an engine-related grid penalty at this weekend's Russian Grand Prix, or at any event between now and the end of the season.

Due to the relatively early introduction of Hamilton's third power unit, and his first unit failing in practice at Zandvoort, it is possible that Mercedes will need to fit a fourth engine to Hamilton's car to ensure no reliability issues ruining the championship fight. However, doing so would mean taking a grid penalty.

On a weekend where title rival Max Verstappen has a three-place grid penalty, as Red Bull also evaluate fitting a fourth engine and starting from the back, Hamilton revealed that there are no plans to follow suit, and that Mercedes may not need to fit a fourth engine at all.

"Where we are right now, I think we are OK," said Hamilton, when asked by RacingNews365.com for an update on the situation.

"However, there is a long way to go. At the moment, we have no plans to put in a new engine. I hope that stays the same. But obviously, I can't predict the future."

Mercedes head to Russia intending to capitalise on a compromised weekend for Red Bull, with Verstappen almost certain to start behind Hamilton when the lights go out on Sunday.

Mercedes have won in Sochi every year since the track arrived on the F1 calendar in 2014, but Hamilton downplayed the 'favourites' tag that he has over him this weekend.

"I didn't know that, but that's kind of crazy," he said of Mercedes' record.

"We enter into a different year, and we have got stiff competition, obviously, all year long. I'm sure it'll be a lot closer this weekend. Our competitors have always been close, there or thereabouts, I think, when we've come here in the past, but they're a lot closer, if not ahead, in a lot of places this year.

"No doubt it's going to be a tough weekend. Plus, it's potentially wet on some of the days."