Lewis Hamilton has brushed off comments from Helmut Marko that he was "suddenly injured" following his clash with Max Verstappen at Monza. 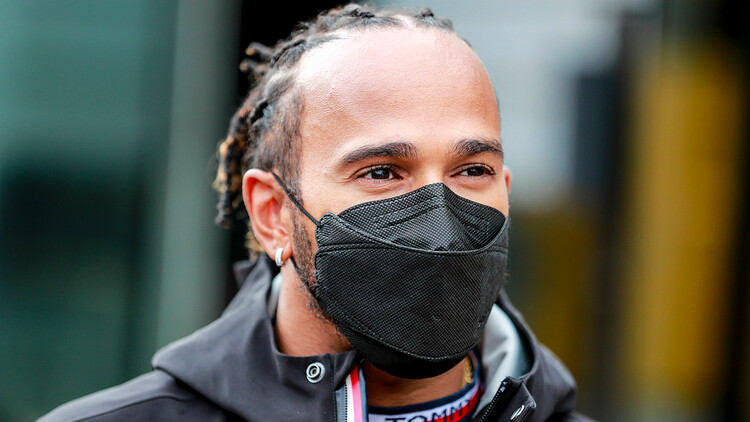 Lewis Hamilton says he "doesn't really listen" to what Helmut Marko and others have to say after being accused of "sudden injury" following his collision with Max Verstappen at the Italian Grand Prix.

F1 title rivals Hamilton and Verstappen clashed last time out at Monza, with the stewards deeming that Verstappen was predominantly to blame, handing him a three-place grid penalty for this weekend's race in Russia.

Having initially walked away from the scene of the incident, Hamilton stated post-race that he was experiencing some head and neck pain, with Verstappen's Red Bull landing on top of the Mercedes.

Verstappen's rear-right wheel also made contact with Hamilton's helmet, prompting Mercedes team boss Toto Wolff to say that his driver escaped death thanks to the Halo device, given that it took the brunt of the impact.

Red Bull advisor Marko accused Hamilton of becoming "suddenly injured" and also criticised Mercedes for "putting on a show". Hamilton, though, paid little attention to the comments in the break between races.

"I mean, I don't really listen to what these individuals talk about," Hamilton told media, including RacingNews365.com, at the Sochi Autodrom.

"It's natural, when a car lands on your head, you're gonna have some sort of discomfort. As I said, I definitely felt something after the race, and then I said I was gonna get it checked out.

"I worked with [physiotherapist] Angela [Cullen] straight after the race, and during the flight, and had check-ups the next day. Then we just worked on it through the week with acupuncture and everything."

Hamilton admitted he still feels fortunate to have escaped from the clash without serious injury.

"In a millisecond, anything can happen, so I did feel grateful to come out of it not badly injured," he said. "We move on."

Hamilton trails Verstappen by five points in the championship standings.