The seven-time world champion believes Red Bull have taken advantage of the new technical regulations that have slowed the cars down this year. 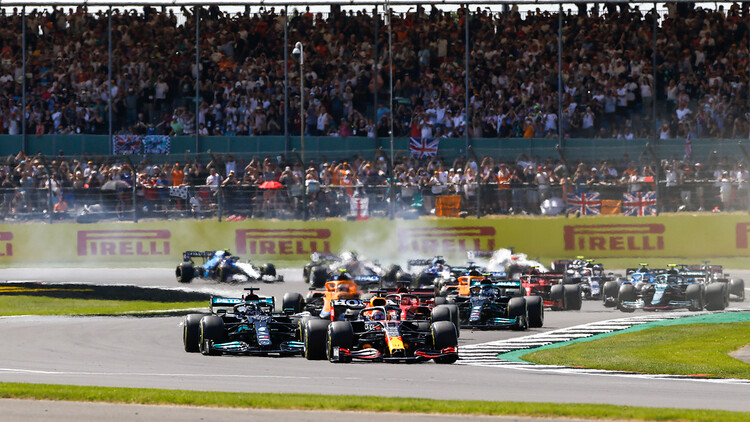 Lewis Hamilton feels that Red Bull will be very strong at the Hungaroring due to their downforce package which he believes has benefited from the new floor regulations that came in at the start of the year.

For this season, Formula 1 made restrictions to the rear floor of the cars which has slowed the teams down and Hamilton suggested the high-rake concept on the RB16B will work wonders at the Hungarian Grand Prix.

"I think Silverstone was a step forward for us," Hamilton told RacingNews365.com and other members of the press. "I think that track [Hungary] is often very good for the Red Bulls. They maybe have a little bit more downforce than us this year.

"They definitely lost less downforce from what we understand with the new regulations to the floor. So I anticipate they will be very, very strong there and be hard to beat.

"It's not a track where you can really overtake unless you have offset strategy. But I hope that it remains close as it was in Silverstone. I think Silverstone was more reminiscent of the first four races, so fingers crossed that continues."

Hamilton managed to cut the gap in the Drivers' Championship to just eight points to Max Verstappen following their collision at the British GP which saw the Red Bull driver retire from the race. The Brit admits he was unsure about his title chances following a winless run of five rounds prior to his victory at Silverstone.

"It's been such a hard year, one I thoroughly enjoyed," said Hamilton. "I love this battle but the emotional rollercoaster as it always is within the championship, I was really enjoying first four races where it was close like it kind of was to this weekend.

"Then we saw them take that step ahead and I would say we've definitely made some mistakes as a team, but just also lost a bit of performance.

"To see an upgrade and get back in a fight and be relatively close, and to even be able to qualify ahead was really, really amazing.

"I just felt I was inspired by what the team brought. Did I think that we would ever be back in the title fight? I don't know, I prayed and hoped for it.

"But I thought that it would be a long slog to try and regain any of the points. But we're now closer. He's still quite a few points ahead but the race is on."