Hamilton ready for another fightback: I've got to do it all over again

Lewis Hamilton will start the Brazilian Grand Prix in the midfield and is bracing himself for another tough battle. 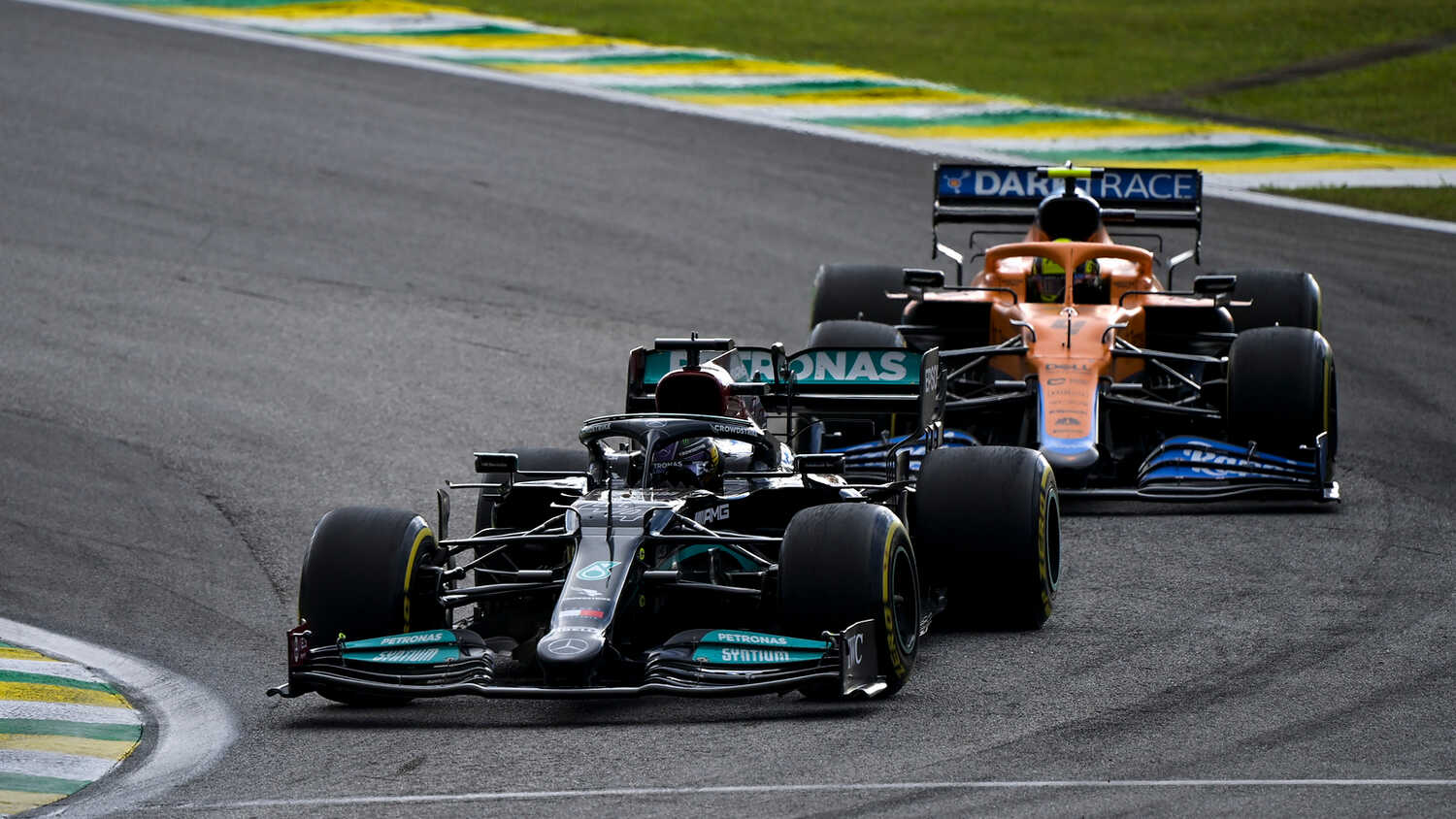 Lewis Hamilton has vowed to go on the attack again in the Brazilian Grand Prix after channelling the negativity around his exclusion from qualifying to inspire a charge through the field during Saturday's Sprint race.

Hamilton topped qualifying at Interlagos but was later excluded from the results over a Drag Reduction System (DRS) technical breach, meaning he started the third and final Sprint of the season at the back of the grid.

What followed was an impressive recovery drive as the Mercedes man rose from 20th to fifth position, meaning he will start Sunday's Grand Prix in 10th, having been hit with a five-place grid drop for an engine change.

Using the penalty as inspiration

Hamilton admitted that he initially felt "devastated" about his disqualification, but used the disappointment to achieve a Sprint Qualifying result that "keeps me in the fight" for the Grand Prix itself.

"I just try to take whatever experience I'm having as a lesson," Hamilton explained to media, including RacingNews365.com, when asked for his view on the stewards' verdict.

Hamilton added that his Sprint race fightback reminded him of go-karting, as he steadily worked his way up the order with a series of decisive overtakes.

"Normally [Sprint races are] not that much fun, but I had a lot of fun," he commented.

"It reminded me of my first year in go-karts. I've got a good car now, but when I started go-karting it was a really old go-kart. We'd always start last and have to make our way through, so those lessons were special.

"I just tried to channel that negative, difficult experience and that adversity that you're facing, and just never give up, keep pushing.

"I had so much fun out there, and that's the most important thing, I guess."

Hamilton to go on the attack again

Hamilton is now fully focused on delivering a second charge through the field on Sunday.

"I've got to do it all over again," Hamilton said, as he looked ahead to the main event.

"But to be able to come back to that point keeps me in the fight for the race. [10th is] a much better position to start the last."

Hamilton's title rival, Max Verstappen, will start the Grand Prix from second position, with a 21-point lead in the standings.