Lewis Hamilton has given his reaction to championship rival Max Verstappen's grid penalty in Qatar. 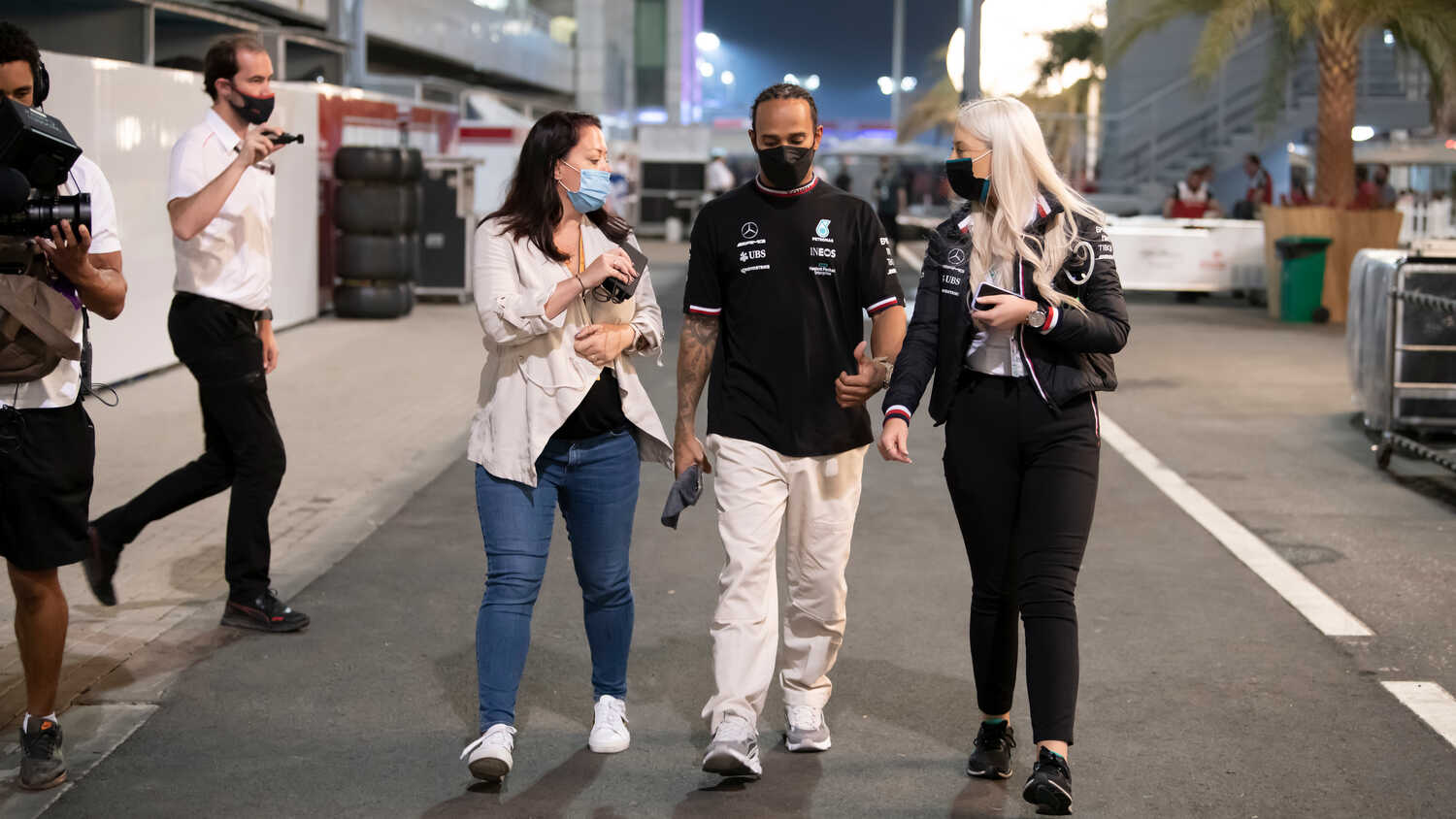 Lewis Hamilton has offered his thoughts on Max Verstappen's grid penalty at the Qatar Grand Prix, praising the stewards for "sticking to the book" and declaring that "consistency is key".

Hamilton stormed to pole position at the Losail International Circuit on Saturday, with championship rival Verstappen qualifying second, slotting between the Mercedes drivers.

However, Verstappen has been hit with a five-place grid drop for Sunday's race, after the stewards deemed that he failed to slow sufficiently for double waved yellow flags at the end of Q3.

Mercedes boss Toto Wolff described Verstappen's case as a "triple whammy" post-qualifying and pointed to Hamilton being given a three-place grid penalty at last year's Austrian Grand Prix, after some lobbying from Red Bull.

Hamilton, who trails Verstappen by 14 points in the standings, gave his view on the Dutchman's penalty in the build-up to the race.

"My only reaction is [that] consistency is key," said Hamilton.

"In Austria [last year] I got a three-place penalty for a single yellow flag I didn't see. It's good that they stick to the book."

As for the race, Hamilton said: "We've just got to focus on our job today."