Hamilton: Quite a struggle this weekend

While Mercedes look to have improved after rough outings in Monaco and Azerbaijan, Lewis Hamilton made it clear Friday's practice sessions were difficult to get on top of. 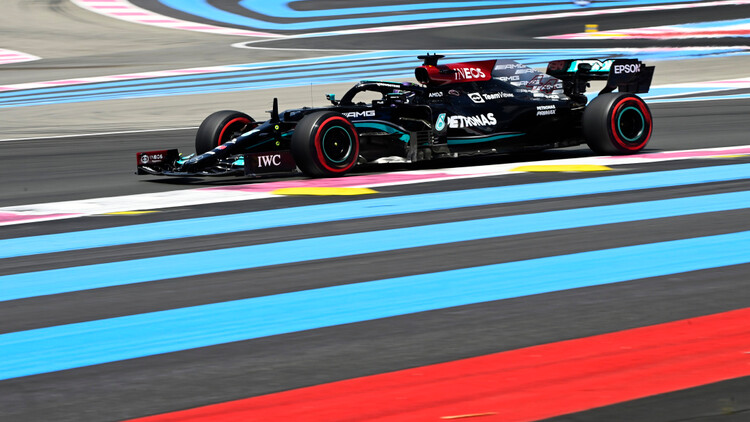 Although Lewis Hamilton finished inside the top three in both practices sessions on Friday, the Mercedes driver stated the first day of on track action for the French Grand Prix was anything but straightforward.

The Briton finished with the second fastest time in FP1 and followed that up with the third fastest in FP2. Although Mercedes look much improved compared to Monaco an Azerbaijan, Hamilton doesn't think it was all that different.

"Not much different to be honest," Hamilton told Sky Sports F1. "Even though the position is quite a bit different to Monaco and Baku, but quite a struggle this weekend, probably for everyone.

"I don't know if it's the track surface, the temperature or these inflated tires, that the pressure is up higher than ever before. It's difficult to say, we're all sliding around and it's a struggle out there for everyone."

Rival Max Verstappen finished with the fastest time in FP2, something that didn't surprise Hamilton all that much.

"They have been leading for a while now so you could have bet on that they'll be quick this weekend for sure," Hamilton added.

Hamilton and Bottas swapped chassis before Friday's action, but the Briton played down the importance of the news.

"I mean it's a different track, so very rarely do you have any differences between the chassis," Hamilton concluded.