Hamilton on Red Bull experimenting: With that rear wing they gain 0.3 seconds

Lewis Hamilton believes that Red Bull saw an improvement in their pace on Saturday at the Spanish Grand Prix due to making a change to the rear wing on their car. 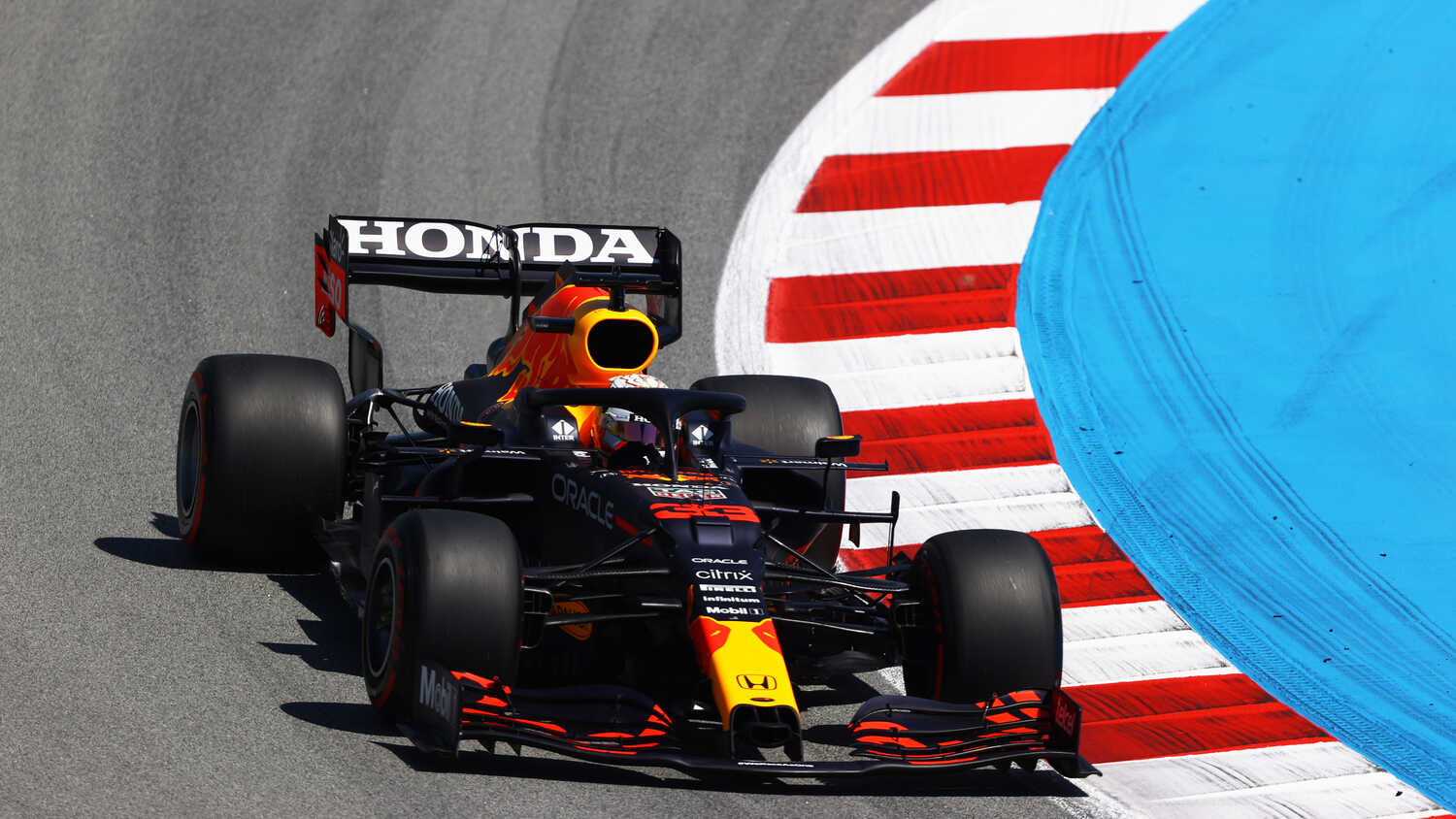 Lewis Hamilton is wary of the challenge posed by Red Bull ahead of the Spanish Grand Prix, with the Briton saying that he believes the team showed increased pace on Saturday after switching to a different rear wing from Friday.

Whilst the Mercedes driver qualified in pole position, Max Verstappen was a close second and Hamilton thinks that it could be difficult to keep the Red Bull behind on the straights.

"It’s the goal to get on the front row and be first," Hamilton told Sky Sports F1. "It’s 600 metres down to Turn 1, there’s often a headwind and it means the guys get to drag you, which is really difficult.

"The Red Bulls are really fast on the straights. They have this bendy wing on the back of their car which they put on today and they gained at least three tenths from this wing.

"So they will be quicker down the straights than us and it will be hard to keep them behind, but that doesn’t mean it will be impossible. Timing and rhythm will be everything tomorrow."

The wing on the Red Bull is not new and has been used in the previous three races of the 2021 F1 season. However, the team used a high downforce wing on Friday, which looks to have a slightly different appearance. Hamilton is perhaps referring to the more curved shape of the wing.

Hamilton might be expecting a challenge from Red Bull on Sunday but has already had a strong weekend himself. The Briton secured the 100th pole position of his career in qualifying for the Spanish Grand Prix, making him the first driver to achieve this feat.

"It’s just crazy that it’s been such a long journey and the excitement is still the same," Hamilton - who first took pole back in 2007 - explained.

"Naturally I’m much better at my job than I was in 2007, I understand myself, manage to get myself to a good place and my focus is on a way different level to back then.

"I guess that’s why I continue to be able to do those special laps."