Hamilton: Mercedes' wings have been clipped this season

Lewis Hamilton thinks it has been more challenging for Mercedes to maximise their car this season due to the rule changes that were brought in for 2021. 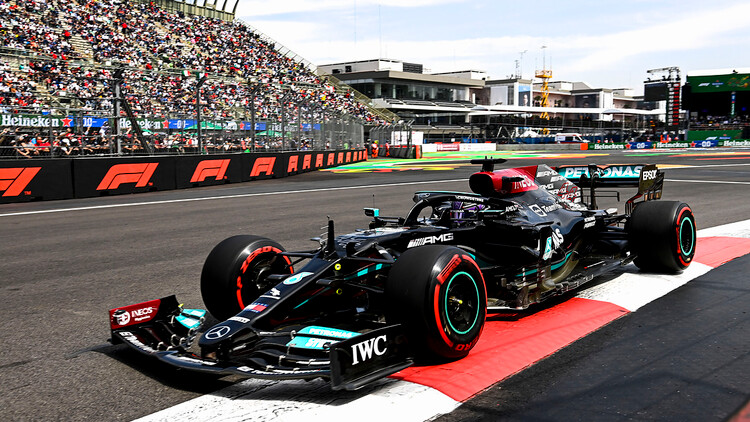 Lewis Hamilton believes that Mercedes had their "wings clipped" in 2021, seemingly making reference to rule changes introduced this season.

The aerodynamic regulation changes appeared to particularly affect low-rake cars, with the likes of Mercedes and Aston Martin amongst these. Hamilton feels that this has made it more challenging for the team to optimise the performance of their car this year.

"[It's] just another year," Hamilton told media, including RacingNews365.com, when asked how he looks back on 2021.

"They're always tough, in lots of different ways, I think. This year, obviously, we've had our wings clipped, so it's definitely been harder from an operational standpoint to maximise the car."

Despite this, Hamilton doesn't necessarily view the 2021 season as having been more difficult than any other he has faced since he arrived in F1 back in 2007.

The Briton - who was joined by his former 2007 McLaren teammate Fernando Alonso in the pre-race press conference at the Brazilian Grand Prix - spoke in particular of the challenge they both faced from Ferrari back then.

Hamilton and Alonso each came close to winning the World Championship that year, but ultimately were beaten by Kimi Raikkonen by just one point.

"The battle we had back in the day, when we were both younger, was tough against the Ferraris, who were very strong back then," Hamilton explained.

"So it's all similar. I don't really rate [any] one [year as being] harder than the other. They've all been hard in their own way."

In terms of the championship battle in 2021, Hamilton is currently 19 points behind rival Max Verstappen in the Drivers' standings with four races remaining.

Meanwhile, Mercedes have a one-point advantage over Red Bull in the Constructors' Championship.

Hamilton finished second behind Verstappen last time out in Mexico, and believes that it could again be "hard to beat" Red Bull in Sao Paulo.