Hamilton knows start could be his only chance: It will be fun!

Lewis Hamilton admits the start is likely to be his best opportunity to overhaul Max Verstappen in the Dutch Grand Prix and expects a "fun" scrap with his title rival through the opening corners of the race. 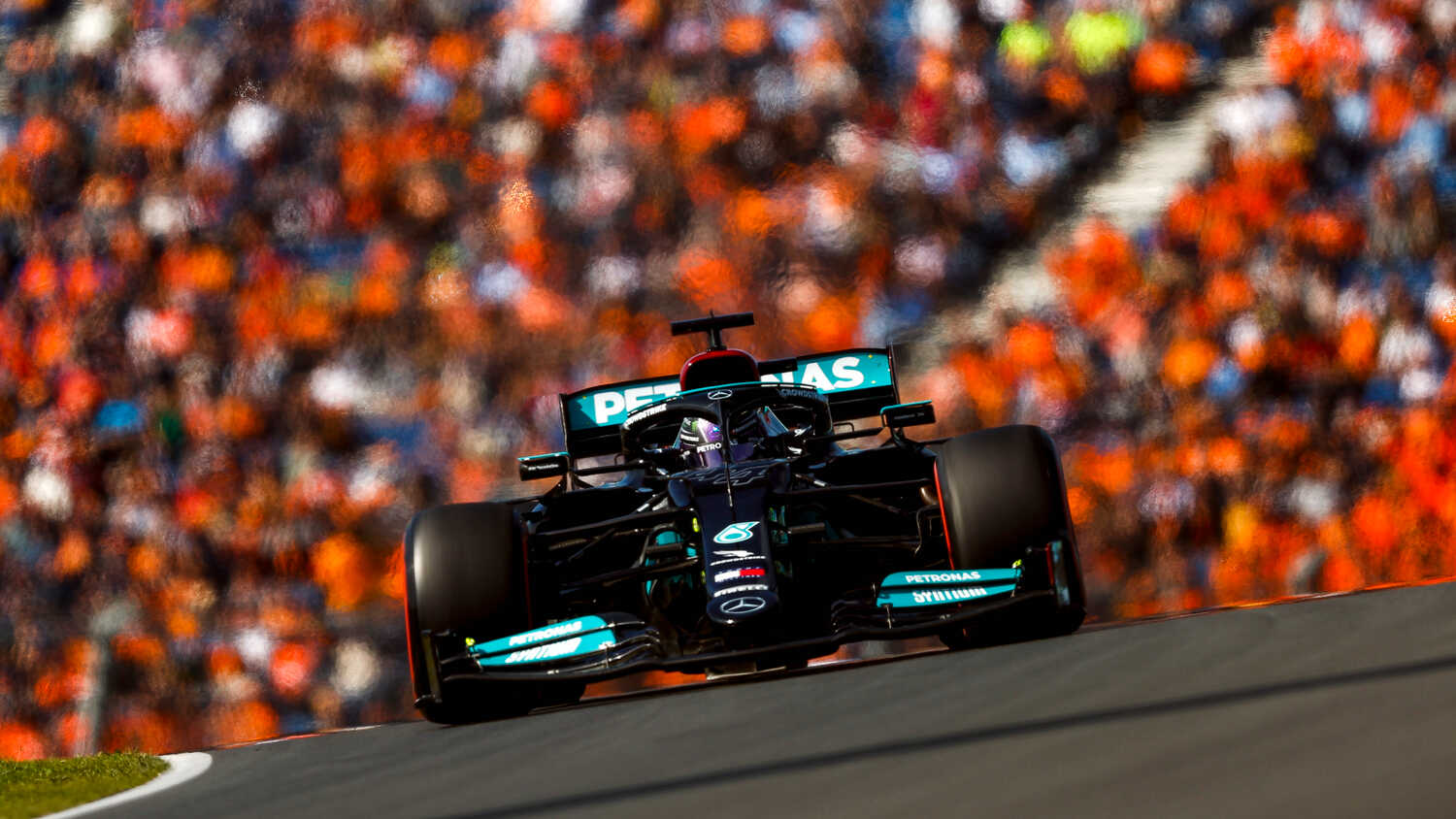 Lewis Hamilton has predicted a "fun" start to the Dutch Grand Prix as he knows it could be his one and only opportunity to pass Max Verstappen, given the nature of the Zandvoort circuit and Red Bull's pace advantage over Mercedes so far this weekend.

Verstappen beat Hamilton to pole position by 0.038s during Saturday's qualifying session, despite a compromised final lap, setting up the prospect of a head-to-head battle in the race.

But with overtaking opportunities set to be extremely limited around the tight and twisty venue, Hamilton is aware that the start will be a golden chance to get the jump on his championship rival.

"I haven't done any long-running," Hamilton told media, including RacingNews365.com, referring to his lack of mileage in Friday practice.

"I don't really know too much of what the track is like with heavy fuel. I only have my reference from [Formula 3 in] 2005 and I don't remember that!

"I have no doubt it's gonna be tough. Just from watching these guys [Red Bull], I think Max and his team were quicker than us on the long run.

"It's not a track that you can particularly overtake [on], so it's going to be [about] strategy and how you can utilise the tyres."

With those factors in mind, he predicted: "The start will be fun!"

Hamilton and Verstappen last shared the front row of the grid at the British Grand Prix, where they dramatically collided on the first lap of the race.

Mercedes boss Toto Wolff will leave it up to Hamilton to decide how much risk to take at the start, making clear his belief that the seven-time World Champion "knows best" in these situations.

Hamilton has teammate Valtteri Bottas for support in third, while Verstappen is the lone Red Bull up front after Sergio Perez suffered a shock Q1 exit.

"No, we won't be discussing, let's say, the strategy for Turn 1 or 2," said Wolff, when asked about the start, and whether Mercedes would offer advice to their drivers.

"The drivers are going to discuss with their respective engineers, about various possibility of plays, but we don't need to refer back to him [Hamilton] how to drive, or what is at stake, because he knows best."

Hamilton leads Verstappen by three points in the Drivers' standings.