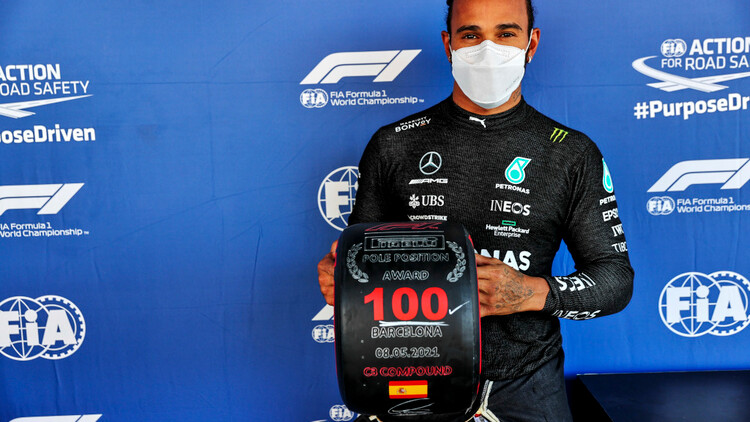 While simulators have been finding their way into the mainstream, especially with younger drivers like Lando Norris, Max Verstappen, George Russell, and Charles Leclerc using their social media platforms to promote their sim races, the sport's most successful driver says he has no interest in using a simulator to prepare for a weekend.

“I hardly ever drive on the simulator," Hamilton told Sky Sports. "I maybe do 20 laps a year, maybe. I have no interest in the simulator."

The British superstar also described track walks as a pointless exercise saying the speed at which a car approaches a turn makes whatever insight a driver gains from a track walk redundant.

"I used to walk the track when I was younger," Hamilton explained.

"But what I’ve discovered is that for me, it was a pointless exercise. It’s a lot different when you approach it at high speed. So what I found was that it was just wasting energy; my weekend’s all about keeping energy and maintaining it so I can do the job."

The Englishman does go on to explain where his actual areas of focus lie and how a strong qualifiyng performance is achieved with the work starting on the Thursday leading up to the weekend.

"You’re working towards it all the way through Thursday and Friday," Hamilton explained.

"On Friday and Saturday morning (in practice), you’re trying all these things and basically finding the pieces to the puzzle, but you haven’t yet quite put them all together. And then qualifying comes and you have no choice; whether you have all the pieces or not, you have to build the puzzle.

Hamilton must be doing something right given the fact that he is the only driver to have attained 100 pole positions over the course of his career. The regining world champion will now hope he can now become the first driver to win 100 races while looking to add a historic eighth world title.