Hamilton calls for an upgrade to 'compete' with Red Bull

The Mercedes driver believes his W12 is currently not quick enough to compete with Red Bull after he lost out to Max Verstappen at the Dutch Grand Prix. 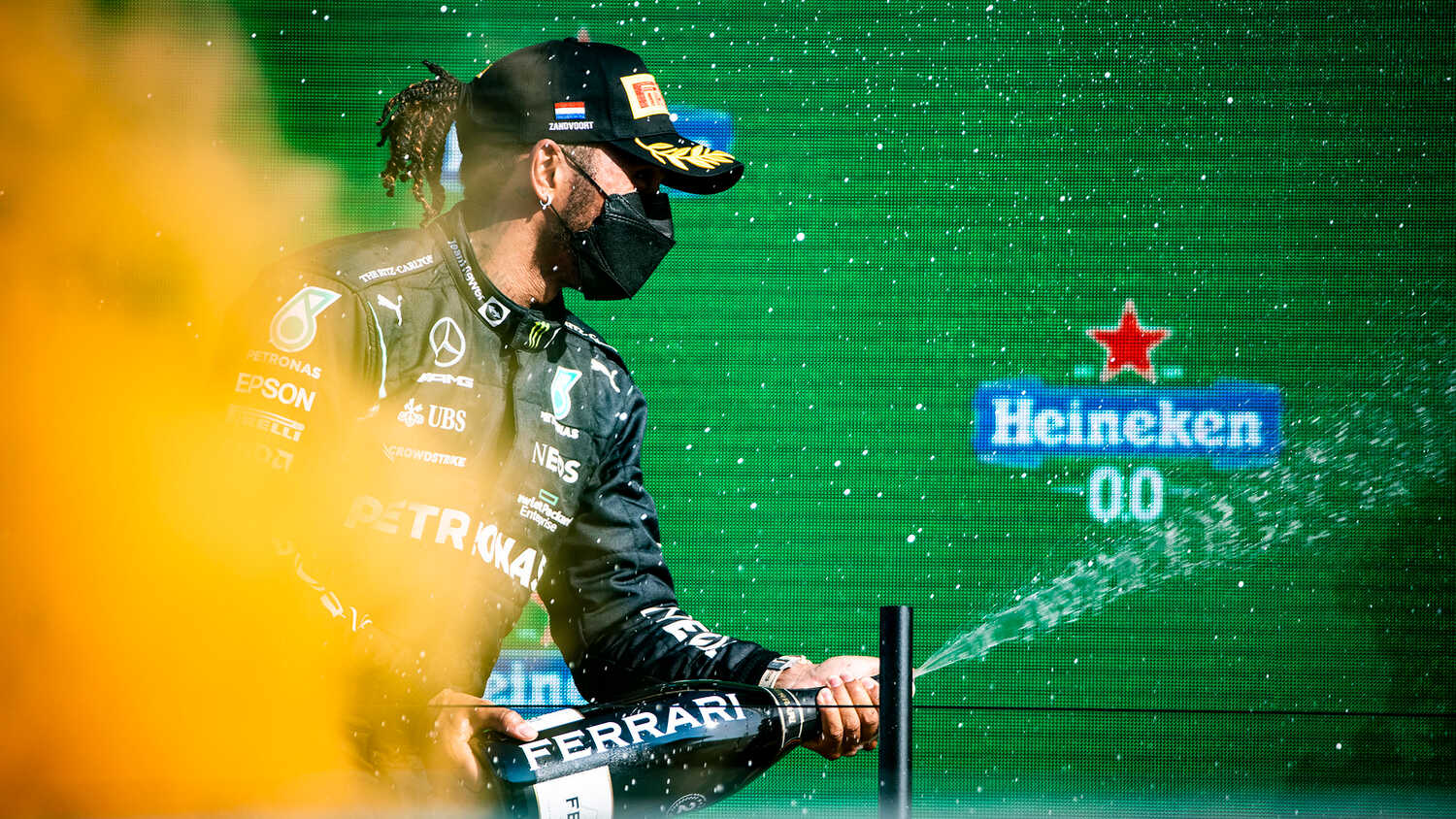 Lewis Hamilton has called for Mercedes to bring an upgrade to their car after Max Verstappen retook the lead of the Drivers' Championship with his win at the Dutch Grand Prix.

Hamilton and Verstappen had an intense, strategic battle at the weekend with Red Bull coming out on top at Zandvoort.

Hamilton says Red Bull's latest development, which was brought to the Belgian GP, has paid off.

"They were so fast," said Hamilton. "That's the quickest I think they have been all year.

"They put an upgrade on their car at the last race, and on Sunday you have seen the improvement they have made, so we have to do some work.

"We've got to bring something to be able to compete with them."

Hamilton was consistently within three seconds of Verstappen, but only got in the DRS window when the pair caught Valtteri Bottas, who went long in the first stint to try and hold Verstappen up.

The seven-time World Champion believes his pace was 'flat-out' whereas Verstappen was managing the gap up front.

"There wasn't really a lot that I could do to answer to the lap times he was putting in from stint one already," Hamilton told RacingNews365.com and other select members of the press.

"It was very, very hard to keep up. I think Max was just managing from then, whereas I was flat-out, just trying to stay as close as possible.

"I think we probably needed everything to be perfect to even have the slightest chance of getting past him through strategy, for example. Pit-stops needs to be on point, strategy needed to be on point and traffic also – but none of those three were ideal."