The clash between Lewis Hamilton and Max Verstappen at the Saudi Arabian Grand Prix continues to be a talking point. Mika Hakkinen has called the incident "dangerous", but disagrees with Hamilton's claim that Verstappen "brake tested" him. 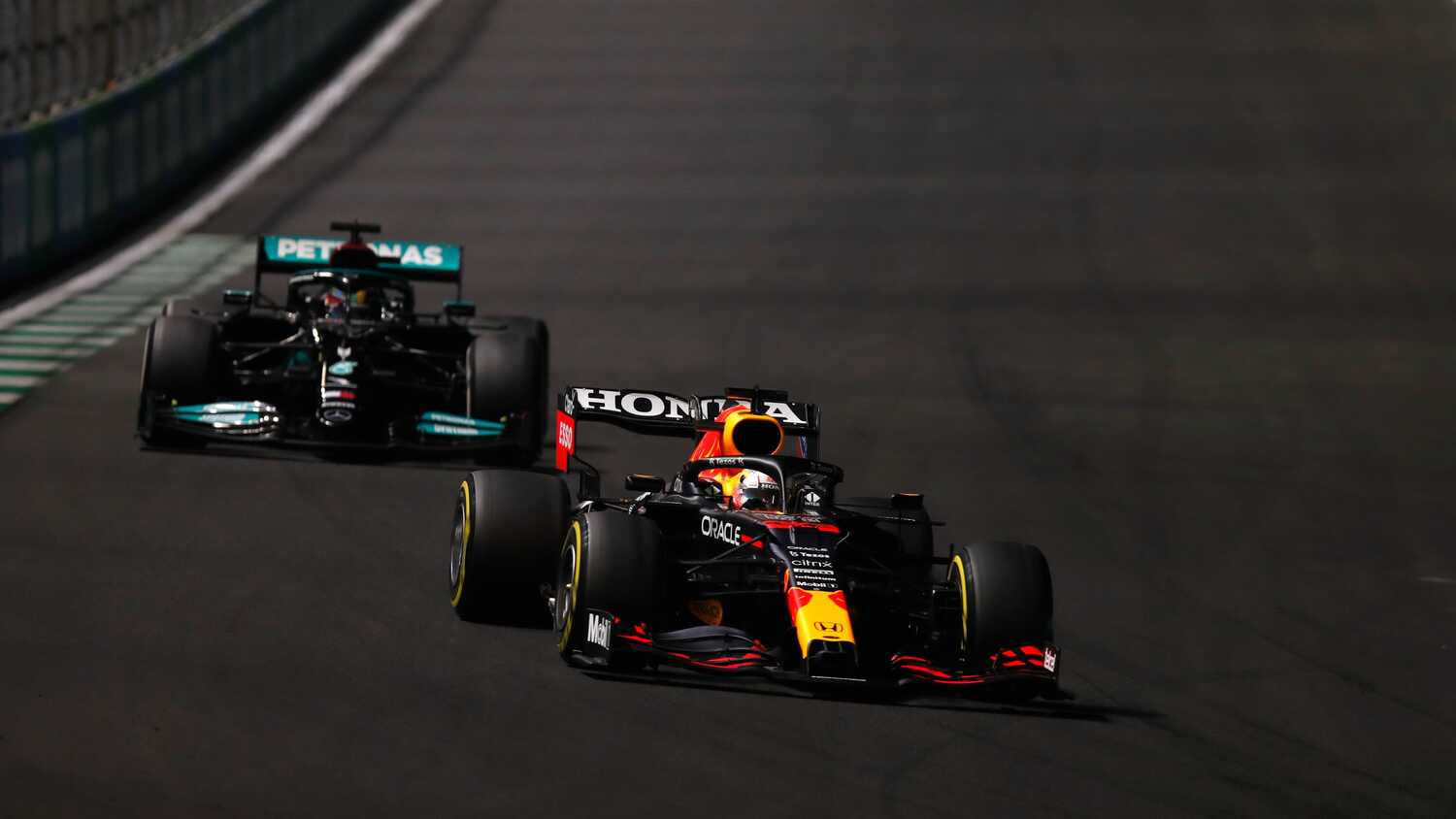 Mika Hakkinen admits that the collision between Max Verstappen and Lewis Hamilton at the Saudi Arabian Grand Prix was "dangerous", but does not believe that Verstappen was trying to brake test his title rival.

The incident happened on Lap 37 when Verstappen slowed to yield position to Hamilton following an illegal overtake. Hamilton was seemingly confused by the situation and ran into the back of the Red Bull driver.

Following a stewards' investigation after the Grand Prix, Verstappen was handed a 10-second time penalty for the incident, though this did not affect his finishing position of second.

How Verstappen slowed was a "problem"

Hakkinen thinks that the manner in which Verstappen tried to slow was a "problem", but disagrees with Hamilton's claim that the Dutchman was trying to "brake test" him.

"What happened in Jeddah was dangerous," Hakkinen wrote in his column for Unibet.

"Both drivers knew that the DRS [Drag Reduction System] activation line lay ahead, so neither wanted to be the first across it since that would enable the other driver to overtake them on the next straight.

"We also now know that while Max had been given the instruction to allow Lewis to pass, Lewis had not yet been informed and was momentarily confused. As a result, I think the teams and FIA will need to look at the process, and perhaps the technology, used to send messages to drivers.

"Looking at what happened next, I do not believe that Max was 'brake testing' Lewis - that is, trying to force a collision which could easily have put both cars out of the race.

"Instead he was trying to force Lewis to overtake him at the point. However, the way he slowed, and the position of his car on the track, was definitely a problem. The FIA has revealed that Max's car produced 2.4G-force under braking.

"To give you an idea of what that is like, a high-performance road car with ABS [anti-lock braking] would produce about 1.2G under maximum braking. This was almost twice that, and we could see Max slowed from eighth gear to third gear in the process."

Hakkinen hopes that the finale will be a clean race where the title is decided in a fair manner.

"It was not positive racing [in Jeddah] and the FIA was right to apply a penalty after the race," the former F1 driver said.

"While we can argue about the size of the penalty - considering it did not change the results - the message is clear. Dangerous driving will lead to a penalty and if the FIA see a repeat of this kind of driving in Abu Dhabi I believe the penalty will be severe and immediate.

"I don't know how Lewis' car survived the contact with the back of Max's Red Bull, but the Mercedes front wing must be really strong! Even with a damaged end-plate, Lewis managed to set fastest laps and take the win.

"I have always been of the opinion that you have to race positively, not negatively. Winning the World Championship should be all about speed, precision, race craft and proving that you can beat the other driver in a straight fight - a sporting fight.

"That's what I want to see next Sunday, and I know that's what the FIA, Formula 1 and the fans want too."