Mika Hakkinen knows a thing or two about championship battles having gone up against Michael Schumacher in the 90s. The Finn isn't surprised people are already enthralled by the clash between Max Verstappen and Lewis Hamilton. 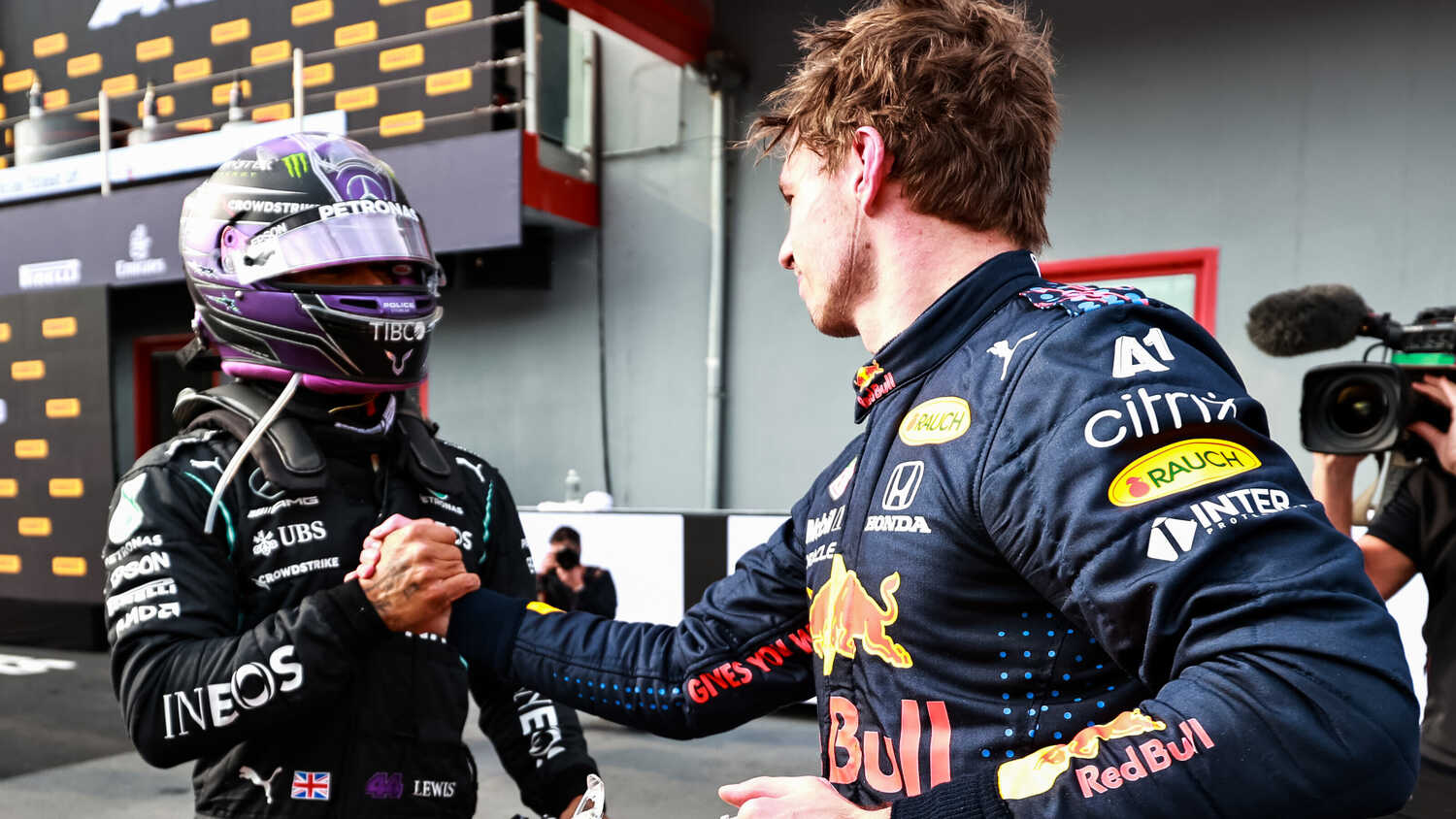 Mike Hakkinen can see why people are already comparing the championship fight between Lewis Hamilton and Max Verstappen to his epic clash with Michael Schumacher following Sunday's race in Italy.

The Red Bull star came out on top at the Emilia Romagna Grand Prix thanks to a spectacular drive in tricky conditions, with Hamilton coming in second after fighting his way back through the grid following a rare mishap.

Hakkinen wrote in his column for Unibet that the close fight between the two drivers in closely matched cars should be likened to his epic battle with Schumacher.

"In the race it was no surprise to see Max take the win after making such a perfect start and winning the wheel-to-wheel fight with Lewis at the first corner," said Hakkinen. "That was very tight. They could so easily have collided, but they judged it well, despite a small touch.

"Lewis was fortunate to only suffer minor damage, but these two guys are already fighting really hard - and we are only at race 2! I am not surprised people are comparing this to me and Michael Schumacher. Two closely matched cars, and two drivers who are only interested in winning."

Hakkinen believes the psychological battle between the two drivers is worth monitoring, with the Finn stating each win will help Verstappen settle into a winning rhythm.

"Max can sound a little anxious on the radio, so the psychological side of the battle between him and Lewis is going to fascinating," Hakkinen added. "No question that they both want to win, but staying calm is going to be really important.

"Max drove well, and with each victory he will develop the winning rhythm which is so important if you want to win the World Championship."