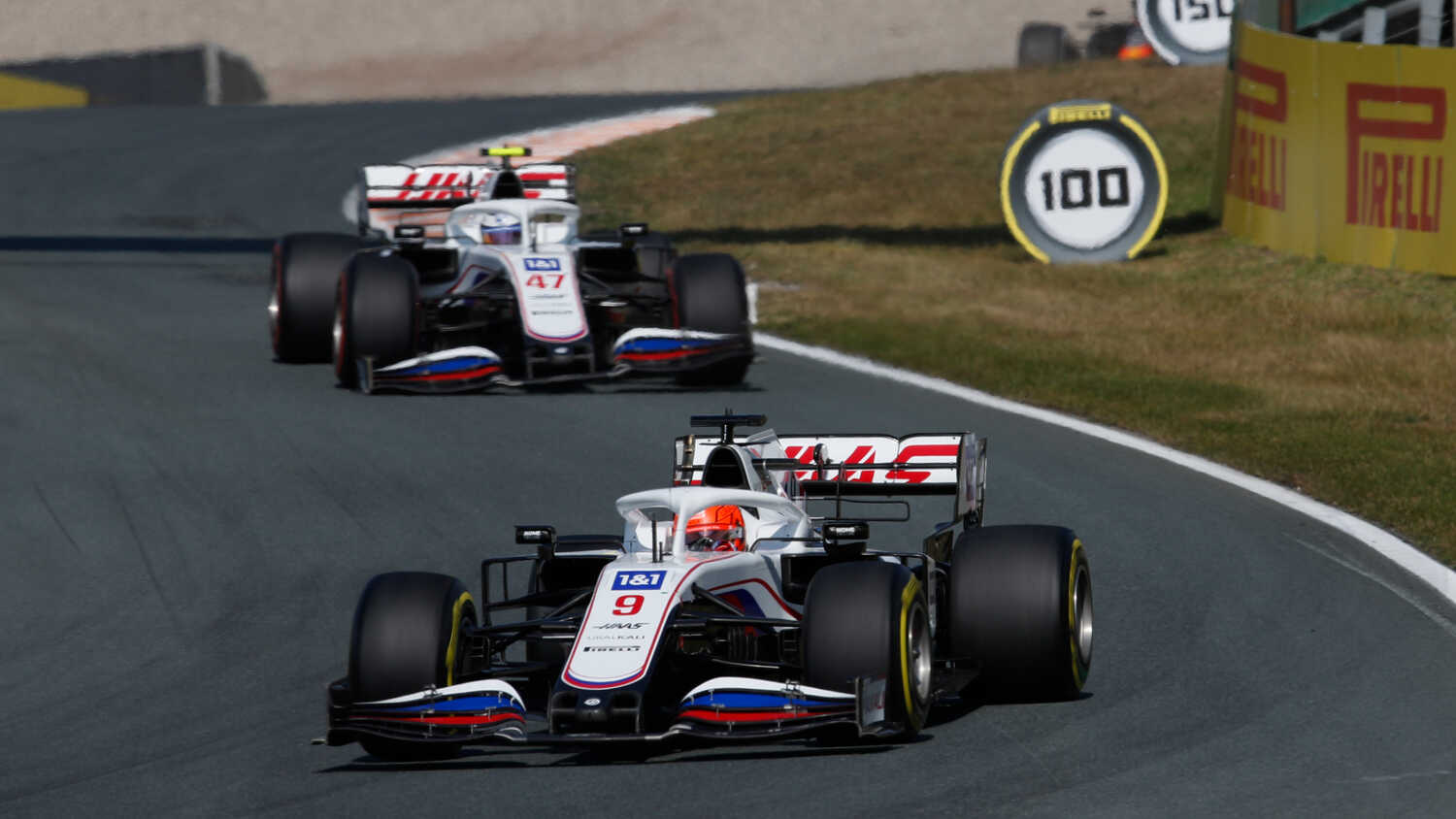 Team Principal Guenther Steiner says there will be a meeting at Haas between Mick Schumacher and Nikita Mazepin following a controversial Dutch Grand Prix.

The pair compromised each other in qualifying at Zandvoort when Schumacher overtook Mazepin on the out lap, which upset the Russian driver.

Schumacher has called for consequences for Mazepin following the run-in.

"There is not one [driver] to be blamed," Steiner told RacingNews365.com and other select members of the press. "We need to work on it, to be constructive.

"We had a meeting after our engineering debrief about it. We haven't come to a conclusion.

"The plan is to meet before Monza and to see what we need to do to avoid this in future, because it doesn't help anybody. I tried to explain that one and we will work on [it] until we get it sorted.

"It's never a good time to go through this. But I've been there before so we will sort it. I'd rather have it [the situation] now than next year. We are in a position where at least you've got a little bit of time to solve it.

"We have got nine races to go, we need to fix this. This is now a big task to do and we will work hard at it."

It's the second notable incident between the Haas pair after they clashed at the end of the Azerbaijan GP when a similarly robust defensive move from Mazepin angered Schumacher.

Schumacher believes Mazepin's move at Zandvoort on Sunday was dangerous, but Steiner doesn't think it was "nasty".

"I think you can always say it's dangerous," said Steiner. "You can avoid danger. I don't think it was a nasty move, to be honest. I looked at this scenario and it takes always two to tango."