Gasly: I felt sorry for Hamilton stuck behind me!

Pierre Gasly said he was left feeling quite sorry for a frustrated Lewis Hamilton in Monaco, as the Mercedes driver was stuck behind the AlphaTauri for the entire race. 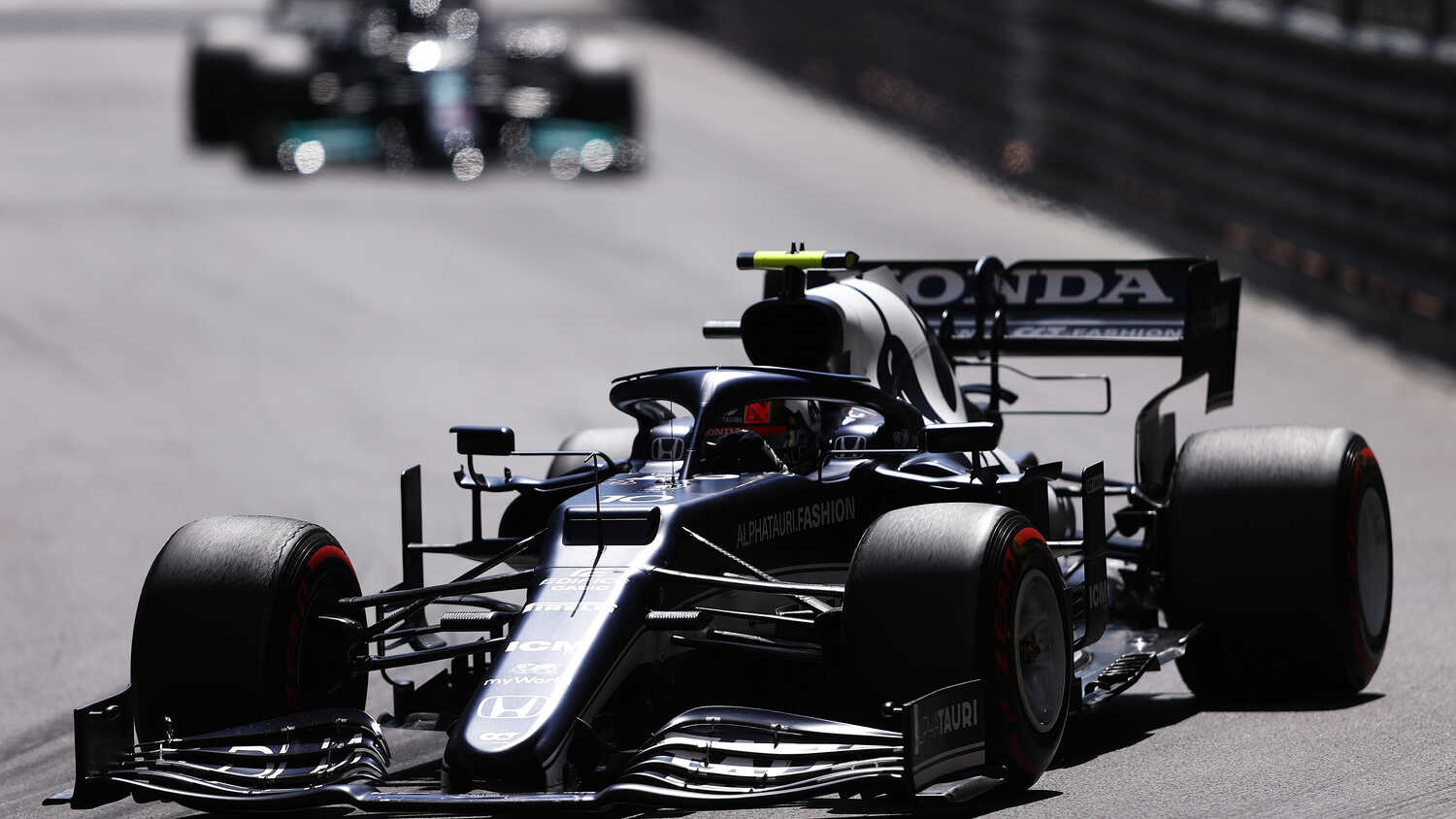 Pierre Gasly has admitted to feeling some sympathy for Lewis Hamilton in Monaco, as the Mercedes driver lost his championship lead by finishing seventh and stuck behind the AlphaTauri driver for the entirety of the race.

Gasly qualified ahead of Hamilton and stayed there for the whole race, including through the pitstop sequence that saw the Mercedes driver lose further positions to Aston Martin's Sebastian Vettel and the Red Bull of Serigo Perez.

"Lewis was in the mirror for...I felt sorry for him!" Gasly told media, including RacingNews365.com ahead of the Azerbaijan GP.

"He was just stuck behind for 78 laps. But, you know, there was basically no opportunity. And I was surprised when I saw them boxing before us, it was not the right thing to do.

"But yeah, in the end, it's better for us, we managed to score some more points and I think was a strong, really strong result for the team."

Having had a reasonably difficult start to the season, Monaco represented a turnaround for AlphaTauri and Gasly, and the French driver explained what had happened to make sure the weekend went so well.

"I think we knew qualifying would be super important," he said.

"And we tried to really focus, to nail every single lap in quali, which is what we did like the pace, the car felt good all weekend, we were in the top 10 for most of the sessions and I managed to put my best lap of the weekend in Q3, in the most important moments.

"So when you start at the front, it's 90% of the job done pretty much. And after that I think we had a strong race. Still a couple of things, which would have been better. So it wasn't a perfect weekend. But I think we can be pleased with this, it was our best result of the season."