Formula E finale: Who can still win the title?

Anything could happen on Sunday afternoon in Berlin as Season 7 of the ABB FIA Formula E World Championship comes to a conclusion. Which drivers are still in the hunt for the title? RacingNews365.com tells the story. 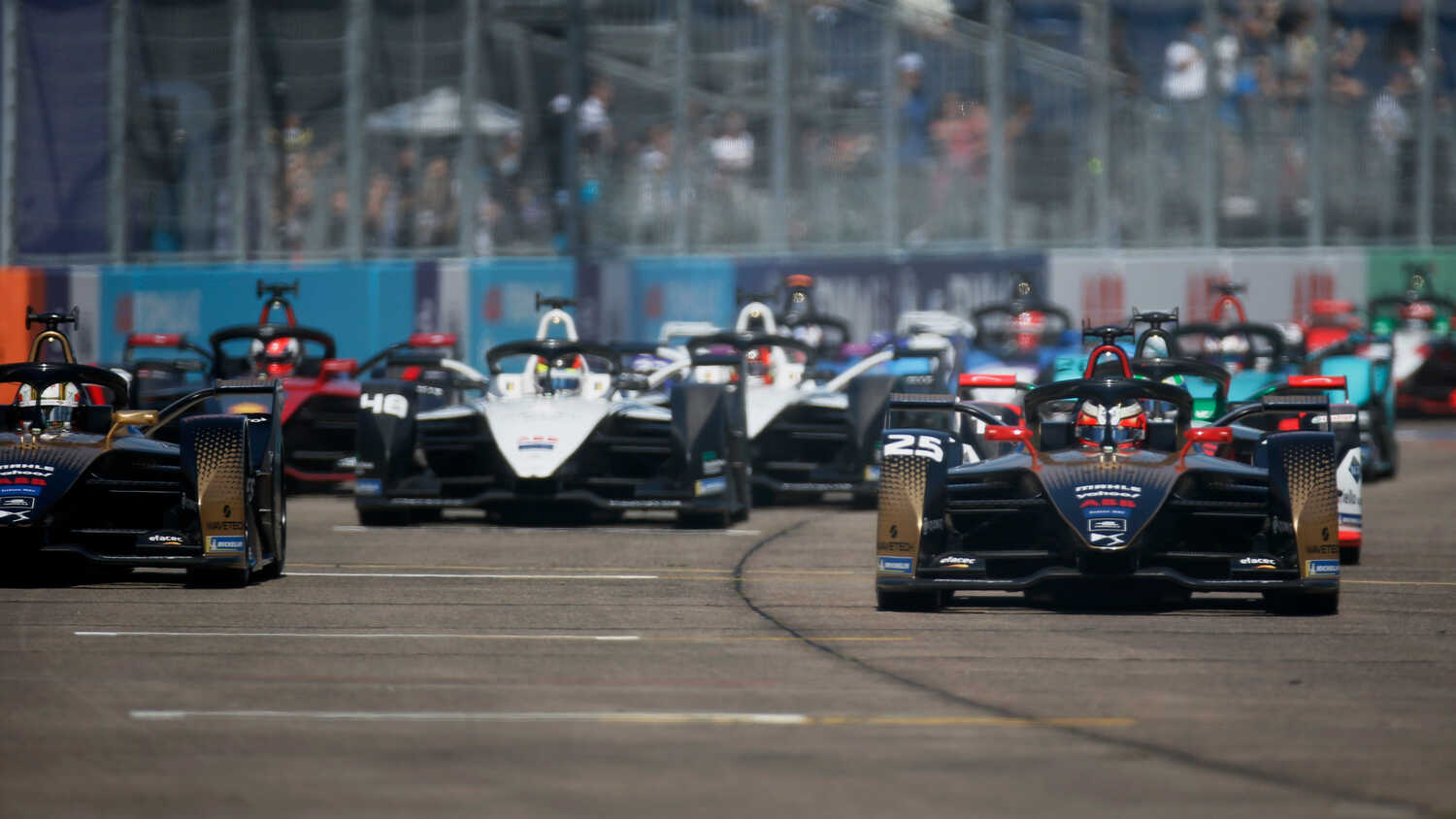 Remarkably, 14 drivers are still mathematically in contention to become the first Formula E World Champion with just one race remaining.

Mercedes’ Nyck de Vries is at the top of the standings, despite not scoring in race one in Berlin, with a slim three-point lead over Edoardo Mortara of Venturi.

Jake Dennis, Mitch Evans and Robin Frijns are all within six points of De Vries meaning if any of the top five drivers in the championship win the race, they will become champion – providing none of them pick up any of the points on offer in qualifying.

That's because in Formula E you get one point for topping qualifying at the end of the group phase, plus three points to the pole sitter who goes quickest in superpole.

Just like in Formula 1, there is an extra point during the race for the fastest lap with the normal FIA points system of 25 points for the winner, 18 for second, 15 for third, all the way down to a solitary point for the 10th place driver.

The importance of qualifying

With the top 10 drivers split by just 17 points, it will be crucial to qualify towards the front of the pack. Normally, the six drivers in Group 1 are hindered because they have to sweep up the track and the circuit evolves quickly for the following three groups.

But, Saturday's running suggested track evolution won't be much of a problem, so it will all come down to small mistakes and nailing the setup for one flying lap.

If Lucas di Grassi can double up and make it two wins from two in Berlin, he will have a brilliant chance of winning the title. Di Grassi's race efficiency was excellent but the Berlin track will be reversed for the finale, so he may not have the same pace he showed on Saturday.

Defending Formula E champion Antonio Felix da Costa lies in seventh place, but is just nine points behind De Vries. Da Costa will also be in Group 2 and was mighty in qualifying for race one. If DS Techeetah have solved their race pace issues, Da Costa is arguably favourite despite having six drivers in front of him in the standings.

Sam Bird and Jean Eric Vergne are eighth and ninth. They would almost certainly have to win the race to give them a good shot at the title, simply due to the number of points they would have to overhaul from multiple drivers.

Maximilian Gunther is the final driver in mathematical contention but would need to take the four bonus points from qualifying before the race begins at 15:30 CET.

Realistically, the championship will be won from a driver in the top nine which is still extraordinary after 14 drama-filled rounds.

The 2021 Formula E finale in Berlin promises to be a thriller.