Cassidy comes out on top in wet Rome E-Prix qualifying

Drivers had to deal with damp conditions in the second Formula E race of the weekend, with Envision Virgin Racing rookie Nick Cassidy winning the super pole battle for top spot with a time of 1:52:011. 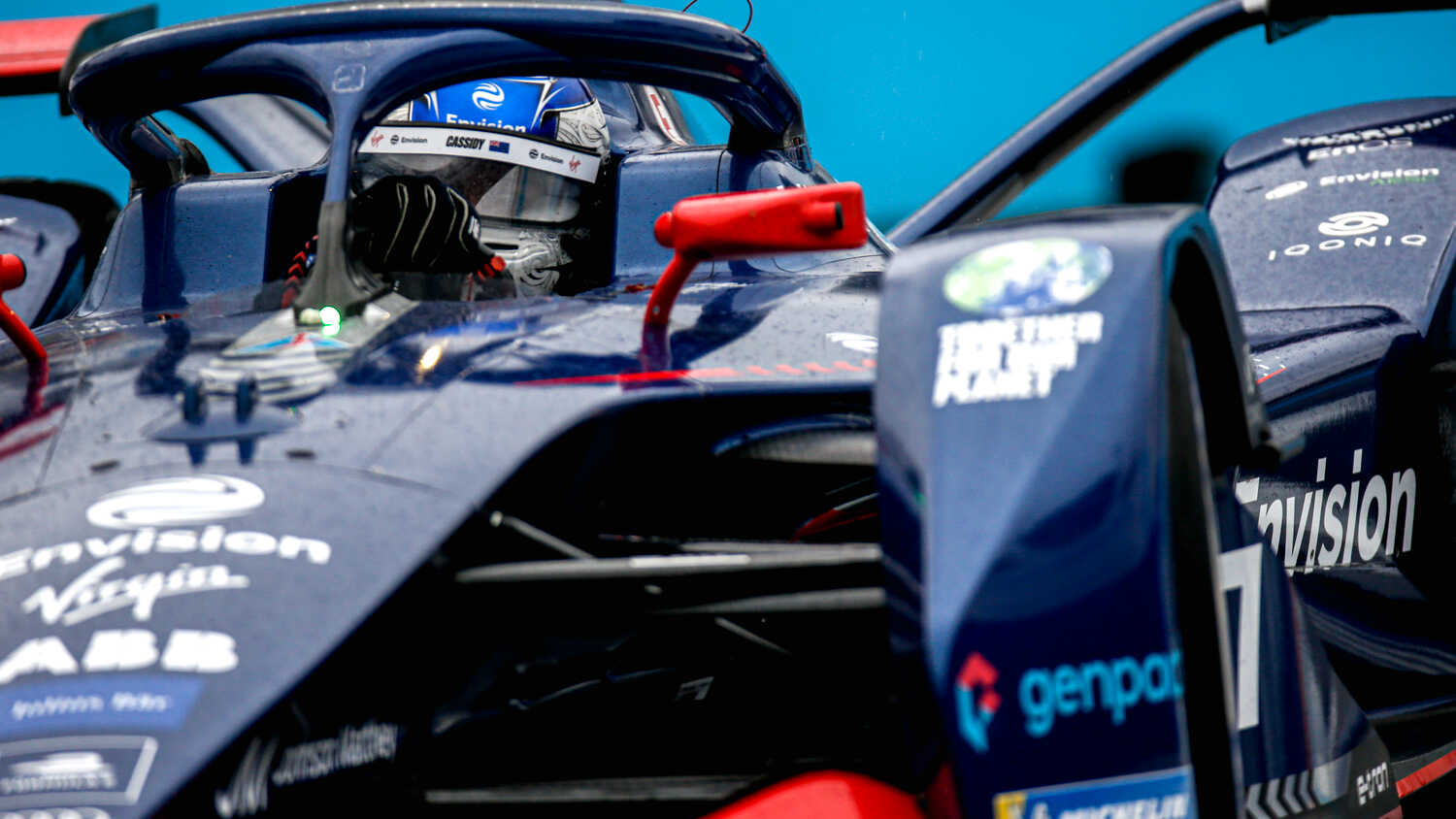 Envision Virgin Racing driver Nick Cassidy took his maiden pole position for the second Formula E Rome E-Prix race this weekend after a damp qualifying which started to dry up towards the end of the session and cut lap times with every new driver that went out.

TAG Heuer Porsche driver Pascal Wehrlein put in a lap of 1:52:630, over 1.7 seconds quicker than his nearest rival to lead the pack as drivers began to reach a limit during the super pole final flying laps.

But he was soon overtaken by Envision Virgin Racing rookie Cassidy, who put in a 1:52:011 with the penultimate lap of the session to take his first ever pole, as fellow series newcomer Norman Nato of RoKiT Venturi Racing failed to beat that time with the last lap after tapping the wall on several occasions, placing second.

Wehrlein will start from third on the grid, while Stoffel Vandoorne in the Mercedes EQ who was yesterday’s pole sitter qualified in fourth.

The track began to dry up towards the end of the groups, handing an advantage to the late runners including TAG Heuer Porsche driver Andre Lotterer, Nato, Cassidy and Maximilian Guenther of BMW i Andretti Motorsport, who all jumped into the top six.

However, Lotterer was later penalised for excessive power use during his flying lap and was bumped to the back of the grid, promoting Vandoorne into the top six.

The winner of the first Rome E-Prix of the weekend, DS Techeetah’s Jean Eric Vergne, failed to make the super pole shootout and will start from 22nd, while the Jaguar Racing pair of Sam Bird and Mitch Evans who joined Vergne on the podium yesterday were 11th and 12th respectively.

Dragon/ Penske Autosport’s Sette Camara crashed out in the second qualifying group and didn’t get to set a time, while Jake Dennis at BMW i Andretti Motorsport will also start from the back after failing to get out on track in time.

The second E-Prix of the weekend in Rome will start at 13.04 CET.