Five of the best Italian GPs in F1 history

Formula 1 heads to the iconic Monza circuit this weekend. RacingNews365.com looks back at five of the best Italian GPs. 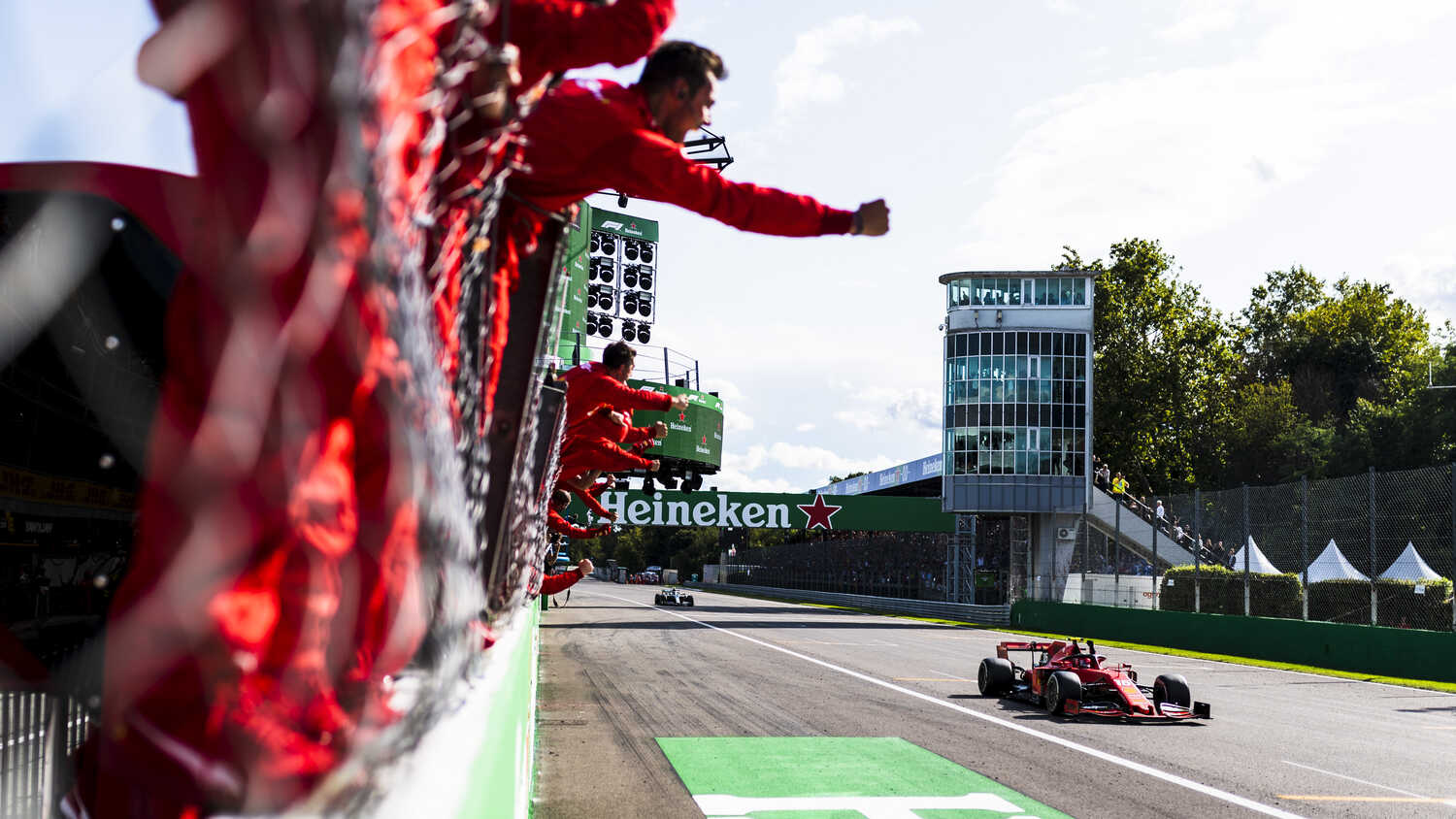 The Italian Grand Prix is one of the most prestigious events on the Formula 1 calendar, with a rich history which began in the sport's inaugural season in 1950.

Apart from 1980, Monza has hosted the Italian GP for the last 71 years and the track has seen it all. From first-time winners, shocking moments and iconic Ferrari victories, Monza will always be a classic venue for F1.

RacingNews365.com picks out five of the best Italian GPs.

The 1971 Italian GP was the last race at Monza without any chicanes. In one of the fastest ever races in F1, BRM's Peter Gethin won his one and only race in the sport by 0.01 seconds from Ronnie Peterson.

A slipstream duel played out for the entire Grand Prix with Gethin taking the lead at the final corner on the last lap, fending off Peterson on the run up to the line.

Remarkably, the top five cars finished within 0.61 seconds of each other with Francois Cevert in third, Mike Hailwood in fourth and Howden Ganley in fifth.

It remains the closest finish in F1 history, a record which is unlikely to ever be beaten. 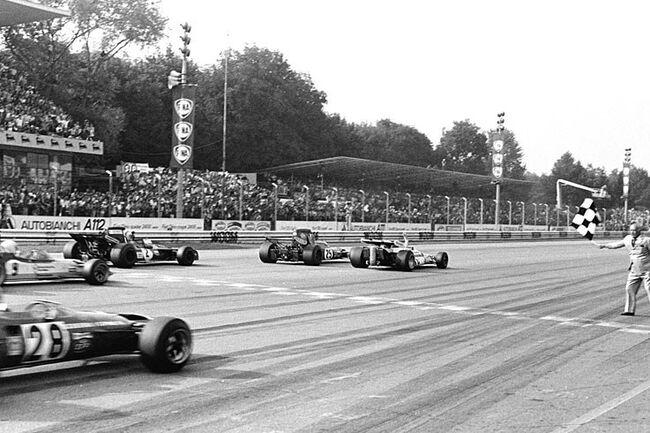 The 1995 Italian GP was one of the most entertaining races Monza has seen with the drama kicking off before the race had even begun.

Pole-sitter David Coulthard spun on the formation lap and initially retired as the grid formed up. But a multi-car crash on the opening lap meant the race restarted, which allowed Coulthard back into the event.

Coulthard led the opening stages of the Italian GP until a wheel bearing failed, handing first place to Gerhard Berger.

However, there was a big fight ensuing between championship protagonists Damon Hill and Michael Schumacher for the podium, which ended in tears.

Hill was overtaking backmarker Taki Inoue but misjudged his braking going into the second chicane, so hit the back of Schumacher. The German confronted Hill as the pair retired from a chaotic race.

Ferrari were running in first and second until misfortune meant both of their cars failed to finish the Grand Prix.

A TV camera on Jean Alesi's Ferrari rear wing flew off and damaged Berger's suspension whilst Alesi had a wheel-breaking failure when he was in the lead.

More than half of the field retired, giving Benetton's Johnny Herbert victory on a crazy day at Monza.

Championship leader Mika Hakkinen was dominating the 1999 Italian GP until he made an unforced error in the middle of the race at the first chicane.

Hakkinen downshifted into first gear rather than second, causing his McLaren to spin out of the race to the delight of the Tifosi.

He slammed his gloves into the grass when he got out of the car and was caught crying in the bushes by the TV cameras.

The mistake handed the win to Heinz-Harald Frentzen whilst Ferrari's Eddie Irvine's sixth place put him level on points with Hakkinen in a championship that later went down to the wire. 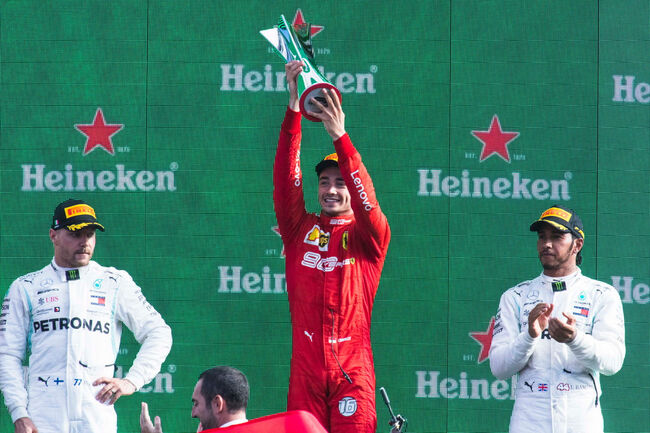 In a very similar race to the one that took place a year earlier, the 2019 Italian GP saw Lewis Hamilton in a race-long battle with a Ferrari driver.

In 2018, Hamilton came out on top against Kimi Raikkonen but he was not able to find a way by Charles Leclerc 12 months later.

Hamilton kept in Leclerc's DRS for most of the race but Ferrari's straight line speed advantage made the Monegasque driver difficult to pass.

Leclerc controversially cut the first chicane when he made a mistake, keeping his lead. The pair also went side-by-side into the Della Roggio chicane, touching wheels going into the corner, with Leclerc being deemed to force Hamilton off the track, picking up a warning from the stewards.

Hamilton then made an error of his own which put an end to his challenge as Valtteri Bottas overtook him. Leclerc held on for Ferrari's first win at Monza for nine years. 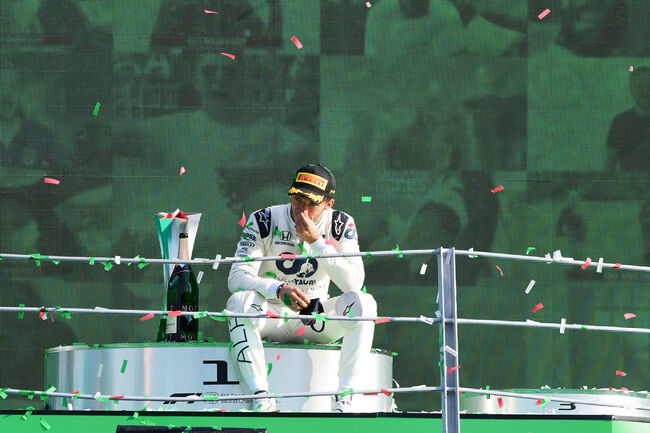 Pierre Gasly scored one of the biggest shocks in modern F1 when he won the 2020 Italian GP. A well-timed Safety Car with a closed pit lane, due to Kevin Magnussen’s stricken Haas, paved the way for Gasly, who found himself at the front of the field when everyone had made their mandatory pit-stop.

He faced firm pressure from a charging Carlos Sainz but held off the McLaren driver to take a special maiden victory.

It remains AlphaTauri's second victory in F1 to date (after Sebastian Vettel's memorable Italian GP win in 2008 when the team was called Toro Rosso).

Gasly sat on the famous Monza podium by himself following the celebrations, thinking of what he had experienced in the 18 months leading up to his perfect day, including the death of his good friend Anthoine Hubert at Spa in 2019.