Carlos Sainz was heard over team radio querying Ferrari's call for him to pit during the Hungarian Grand Prix. Team principal Mattia Binotto insists this is not something he is worried about though. 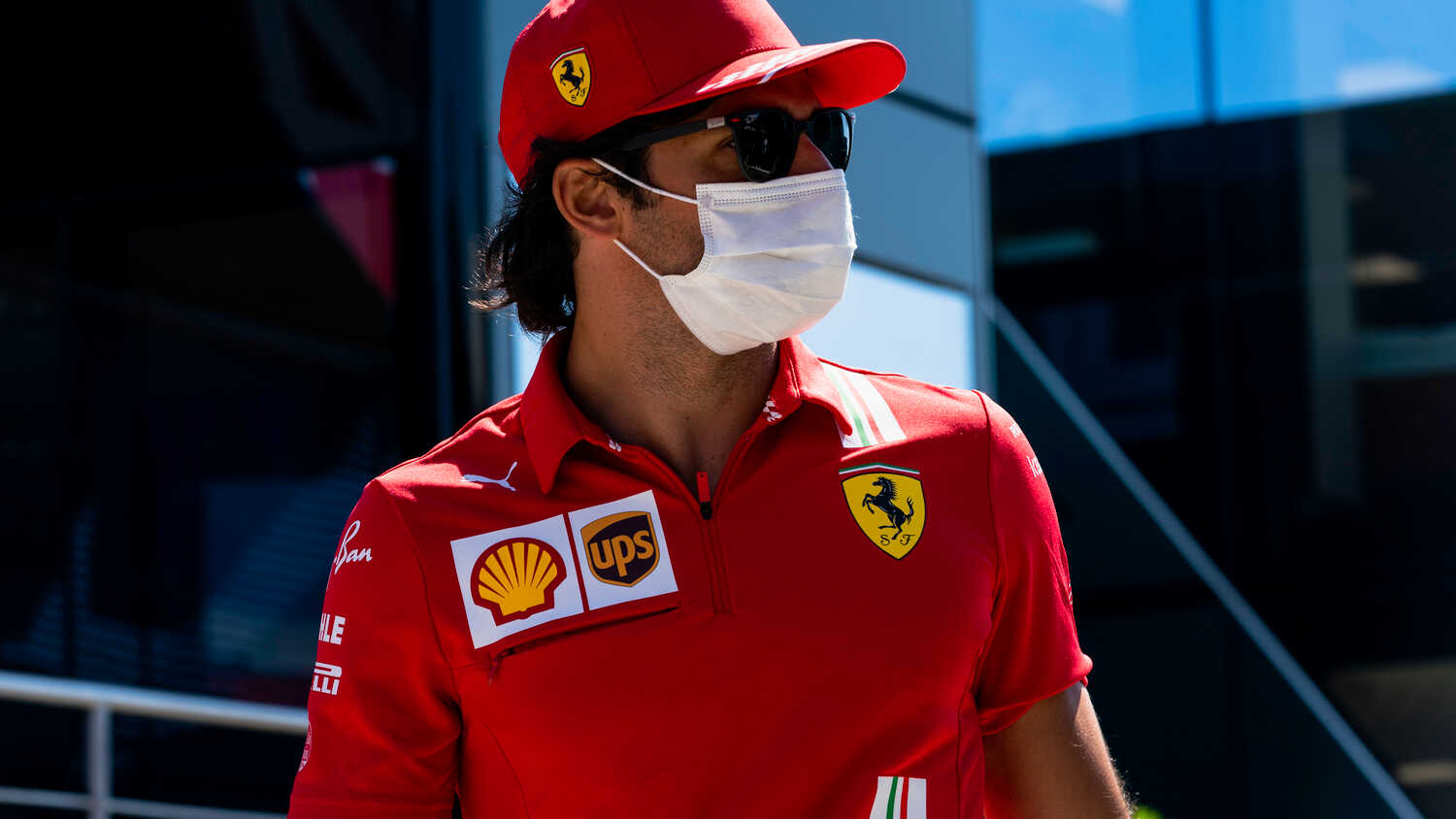 Ferrari team boss Mattia Binotto has explained why he is not concerned about his drivers questioning strategy calls after Carlos Sainz was heard doing so during the Hungarian Grand Prix.

Sainz's engineer told the Spaniard to pit over the team radio, but the Spaniard queried the request and suggested it would be better to stay out for longer. This was occasionally seen in the past at Ferrari, with Sebastian Vettel sometimes heard to question strategy during his time with the team.

However, Binotto doesn't believe that this suggests there are problems with the strategists and instead is happy for the driver to be involved in the plans.

"I think these are not misjudgements," Binotto told RacingNews365.com and other select media. "These are good conclusions that we are reaching together.

"It's our way of approaching, [by] having an open discussion on the radio, making sure that in certain conditions we are reaching the right conclusion.

"I think we had always good strategies, which have been applied not only thanks to the strategist but thanks to the contribution of the drivers, who are the ones driving the car, and knowing the conditions around the track.

"So I don't think it's a misjudgment, because the final call has been done by the strategist. The driver has suggested what was his impression being there, we review our simulation, or our evaluations, [and] we concluded that was the right choice.

"So, overall, [I am] happy [with] the way that this communication is working. And that's showing how the team is properly working."

Sainz also has no regrets about querying the strategy as he feels it is a part of his growth as an F1 driver.

"I think it's a natural progression of my learning process and understanding with the team," Sainz explained. "I think at that point, neither the team or I expected to be so fast on the overcut that I did to these two drivers.

"I was just very keen on transmitting to them by doing an extra lap that I was going to be very quick if I got a bit of clean air. By taking that extra lap, I think we did the right call. The team agreed with me, and, in the end, we did I think the right call.

"We overcut the two guys by doing very good pace, so [I'm] happy that we keep learning together.

"This is the kind of thing that [comes with] more races with the team. We are just going to become stronger, and it's going to be easier to perform at a higher level once we keep knowing each other better."

Sainz finished the race in fourth, though was later promoted to third after Sebastian Vettel was disqualified. Meanwhile teammate Charles Leclerc was forced to retire on the first lap after being hit by the Aston Martin of Lance Stroll.