Ferrari begin Pirelli tyre test that was meant for Mercedes

Ferrari will carry out two days of tyre testing at Paul Ricard in France this week, taking over the Pirelli test that was intended for Mercedes. 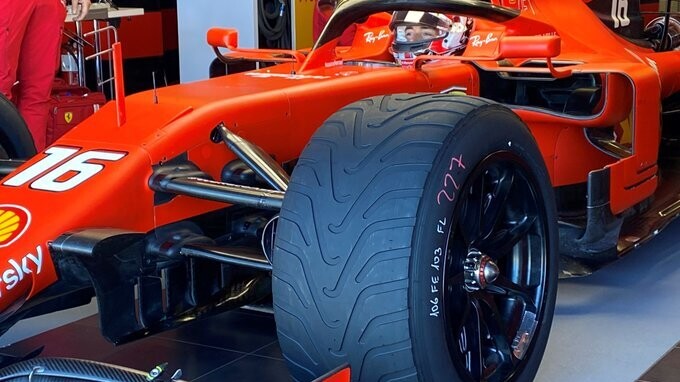 Ferrari are beginning two days of tyre testing at Paul Ricard on Tuesday, carrying out 18 inch tests on behalf of Pirelli.

The newer, larger wheels and new tyre compounds are being introduced to Formula 1 for 2022, and Pirelli are carrying out an extensive test programme of 25 days over the course of this year.

Mercedes were originally scheduled to be carrying out these two days of wet weather tyre testing, but were forced to cancel on Pirelli as a result of budget cap concerns.

These budget cap concerns have come into play as a result of Valtteri Bottas' huge crash with Williams' George Russell at Imola, costing the team some of their allowance as they reduce their spending to the mandatory $145 million for the season.

Ferrari, who are less restricted as a result of not having to bear the cost of a huge crash, are taking over the two days of testing, with Charles Leclerc and Carlos Sainz both at hand for the test.

All information gathered at the test will be shared across all of the teams.