The growing trend of female drivers in motorsport

With the increasing number of female racers around the world, is it only a matter of time before we see one in Formula 1 again. 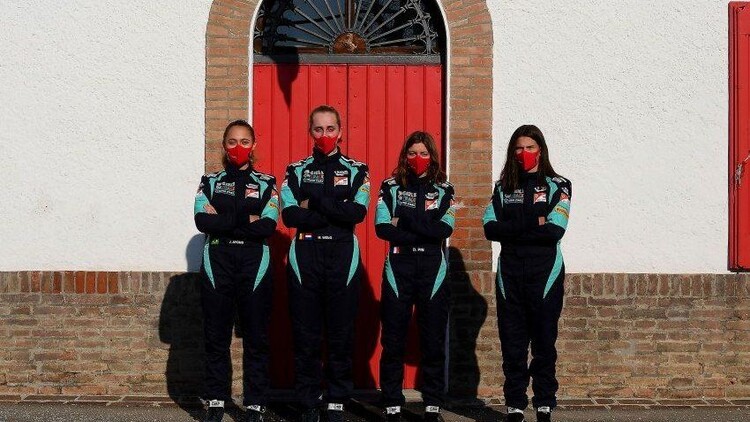 There has been a rise in the number of women competing in motorsport championships across the world in recent years. In fact, the world of motorsports is set for three key breakthroughs during the upcoming year.

In January the Richard Mille racing team announced an all-female team led by Beitske Visser, Tatiana Calderon, and Sophia Floersch for an assault on the WEC championship in 2021. The bold statement of intent from Richard Mille comes hot on the heels of an all-woman Indycar team gearing up to take on the Indy 500 with Simona di Silvestro as their lead driver.

The aforementioned announcements build on the decision to make the W Series an official support category for the 2021 F1 season, which in itself speaks volumes of how motorsports is evolving as we move into a new decade.

RacingNews365 was fortunate to catch up with Beitske Visser who finished runner-up to Jamie Chadwick in the 2019 Formula W championship.

"The enthusiasm is certainly growing. If you look at the karting world when I was still active, I was actually always the only girl in the paddock," said Visser.

“Last year I was in Portugal at a go-kart race and there were many more girls out there than I have ever seen on a go-kart track. There are more and more girls who like it and try out karting, so that is wonderful to see."

Visser was also a part of the 2020 'FIA Girls on Track - Rising Stars', an initiative set up by Ferrari and the FIA to unearth new female racing talent, as a jury member.

“It was really nice to see how passionate they were,” Visser recalled. "They were all very close together, so it was certainly not easy to make a choice. It was especially nice to see that the level was just high."

On Friday, Ferrari announced Dutch hopeful Maya Weug as the winner. For her prize, Weug will join the Ferrari Driver Academy and is widely expected to compete in the Italian Formula 4 championship for a year.

While the last woman to compete in an official session in Formula 1 was Sussie Wolff who took part in several practice sessions between 2014 and 2015, the likes of Jamie Chadwick and Tatiana Calderon signing on as test and development drivers to the Williams and Alfa Romeo teams mean we are edging closer to having a woman in the F1 paddock again.

The question remains however if they will be successful in a category of racing that has seen only one female in its history score points.