The 2008 Brazilian Grand Prix is widely regarded as the most thrilling World Championship decider in modern Formula 1. 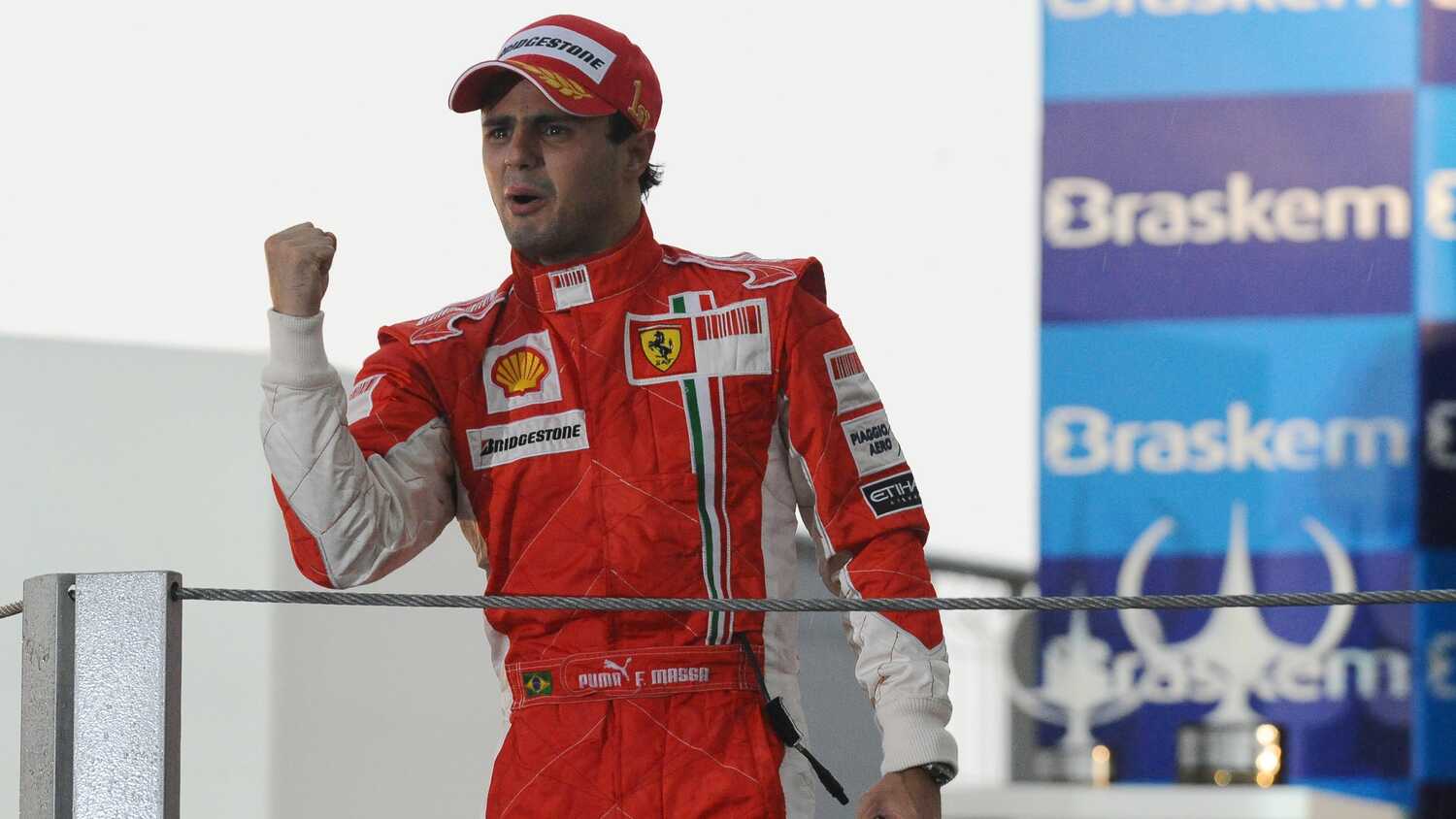 Lewis Hamilton's first World Championship was won in extraordinary circumstances, with the McLaren driver claiming the position he needed at the last corner of the last lap of the last race in the season.

The 2008 season had been hugely dramatic, with Ferrari's Kimi Raikkonen not quite able to keep up the form he'd shown to claim his title in 2007. As a result, the Ferrari title charge was led by Felipe Massa, with the Brazilian taking on McLaren and Hamilton.

Hamilton had led the championship table by seven points heading to Interlagos, but Massa was simply untouchable over the entire weekend at home in front of his fans.

Massa put his Ferrari on pole position, with Hamilton only managing fourth behind Raikkonen and Toyota's Jarno Trulli. Fourth place would still have been enough to clinch the title, regardless of what Massa managed up front, but the race would prove to be anything but straightforward.

Massa completely dominated the race on Sunday, mastering the wet to dry conditions at the start, while Hamilton got bogged down in battling with Raikkonen, falling behind Renault's Fernando Alonso through the pit-stop sequence, and coming under increasing pressure from behind as Toro Rosso's Sebastian Vettel enjoyed the conditions.

It was in the closing stages of the race that all hell broke loose. With the rain intensifying, most of the front-runners came in to swap to the Intermediate tyre. That was all apart from Toyota's Timo Glock. The German driver had been fuelled to the finish during his earlier stop, and he opted to try bringing his car home without making a stop for the Intermediate.

A mistake from Hamilton allowed the pursuing Vettel through to take fifth place meaning that, as the drivers started their final lap, Hamilton was down in sixth and losing the title to Massa as Glock appeared to be making his dry tyre gamble work. But with the rain intensifying, Glock's pace dramatically fell away on the final lap.

Massa crossed the line to win the race and claim the 2008 Brazilian Grand Prix as his home crowd, and his Ferrari team, celebrated in exhilaration at claiming a title that hadn't looked particularly likely. With Hamilton still in sixth, it appeared the most unlikely of results had actually happened and resulted in a fairytale win for Massa.

But Glock was struggling. Reaching the final corner of the race, the Juncao bend that precedes the power up the straight to the finish line, Hamilton dived past the slowing Toyota as the rain reached a critical point to prevent Glock from having any confidence.

Hamilton accelerated across the line to take fifth, finishing the race almost 40 seconds behind Massa, and ensuring an extra point that meant the title was instantly snatched back from Ferrari.

With both teams celebrating, the bad news was broken to Ferrari and a crying Massa won many hearts as he climbed onto the podium and handled the crushing disappointment with tremendous sportsmanship and dignity.

Relive the dramatic end to the 2008 F1 season below!