Formula 1 will roll out another five new graphics for conveying important information during a Grand Prix, all of which are planned for introduction this season. 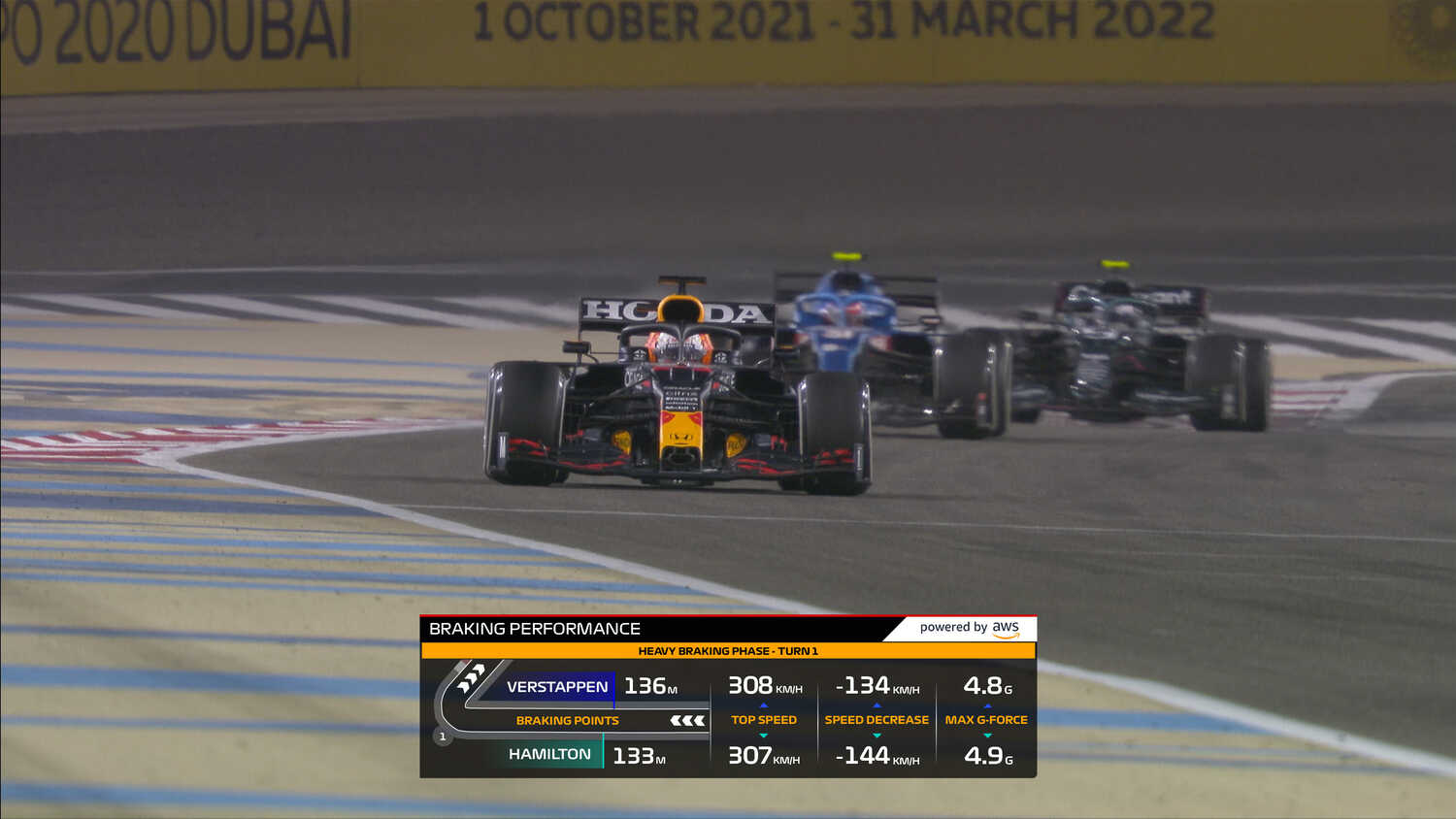 F1 is set to roll out five more new information graphics for use on the world feed of coverage, to add to the already newly introduced braking performance graphic this season.

RacingNews365.com can reveal that plans are now in place to roll out these new graphics within just a few weeks.

Smedley spoke about the success of the new braking performance graphic, as well as the upcoming developments: "The other graphics that are coming up this year, which point towards car development and car data, and competitors race strategy, all the key pillars that we're trying to bring to light."

What are the five new graphics?

"Car Exploitation is the next one that we're going to be bringing to everybody's screens in just a couple of weeks, or a couple of events," Smedley told a small select group of media, including RacingNews365.com.

"And that's going to tell us about how each and every driver is really pushing his car to the limit. Regardless of where the lap times are, we get behind it with the data through what we're able to do, the algorithms and the models that we're able to build with AWS. We're getting behind the actual lap time, which tells us part of the story, but doesn't tell us all the story, because you don't know how each and every driver is exploiting the car. This next graphic is going to be able to tell us that.

"A great one that I've really enjoyed working on has been Energy Optimisation, a graphic that is going to bring these intricate Formula 1 power units to life. And when we look at all the different components, that's gonna contain a real data story there.

"Then we've got Launch Analysis, the start of the Grand Prix.

"If you've ever actually been there and you've witnessed it, is something which is absolutely visceral, as these 20 absolutely monsters of cars all take off for that 500 metre, or 700 metre, or even one kilometre, run down to Turn 1.

"We've got Pit Lane Performance coming up. So how was the driver performing the pit lane?

"One thing that we all know about as Formula 1 fans is that it takes two seconds to change four wheels and tyres on a Formula 1 car with the pit crew, but what is the driver doing in the pit lane and we want to be use these data analytics to be able to unpick that.

"Finally the Undercut Threat, also pointing towards the strategy. Back in 2019, we put out Pit Battle Forecast where we started to look at this, this really complex virtual pitstop scenario where one car pits and the other car stays out. We've got this thing called an undercut and that was language that people like me working in Formula 1 for 25 years understood. It's not a language that everybody understands.

"But now through these graphics, it's part of the fans common parlance.

"We're going to bring that story to life before that event happened. So we want to know what the undercut threat is. And again, bringing in another part of the story to life."