A thrilling Saudi Arabian GP saw Lewis Hamilton come out on top against Max Verstappen as the title rivals clashed during the race. RacingNews365.com rates the whole field on how they performed in Jeddah. 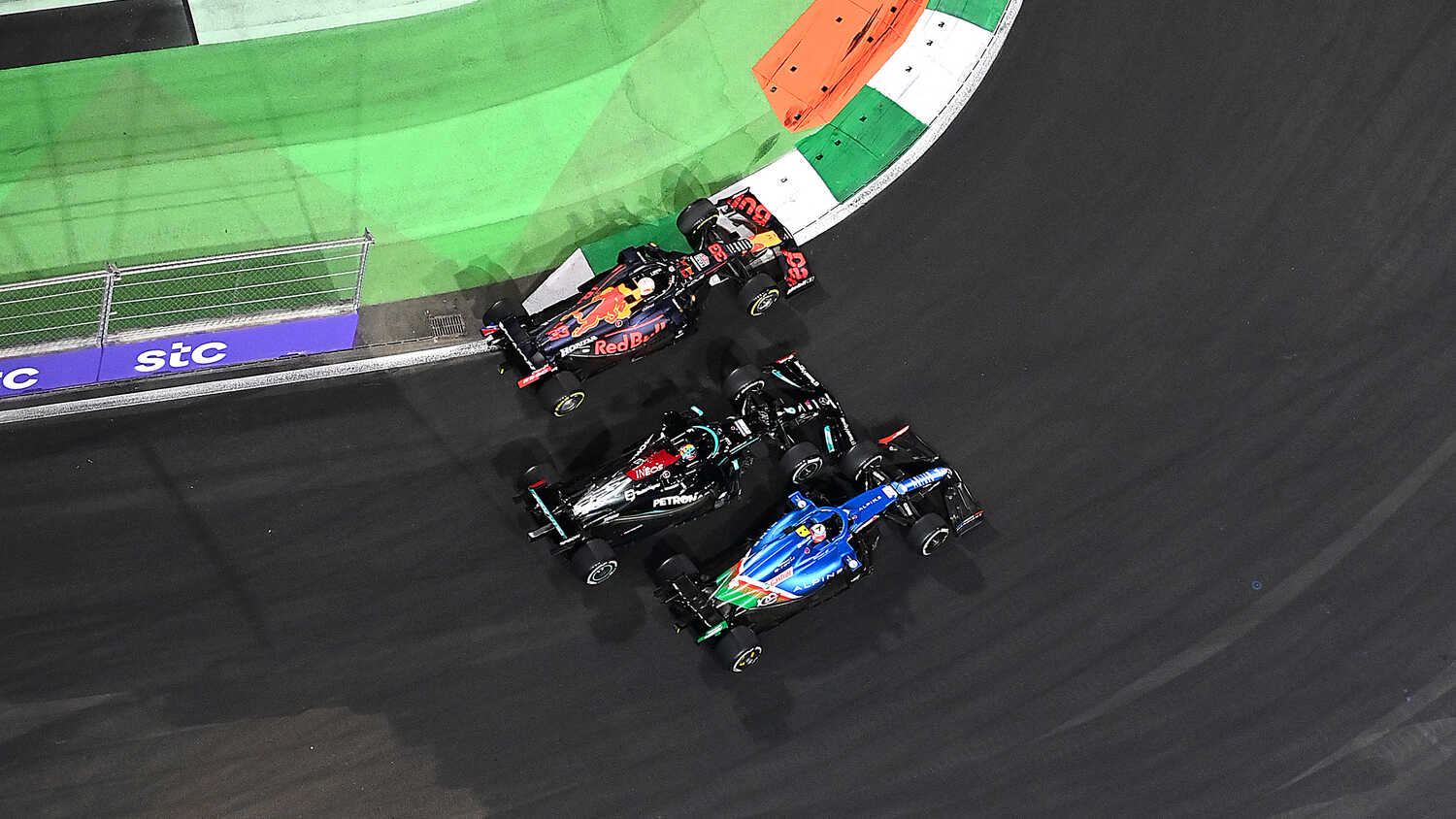 The pair clashed on an extraordinary night in Jeddah, where there were three starts, two red flags and several Virtual Safety Cars.

Hamilton's victory moves him level on points with Verstappen heading into the last race of the season, with the Dutchman leading on countback.

Behind the title rivals, Valtteri Bottas pipped Esteban Ocon just metres before the chequered flag to take final step of the podium.

Our ratings solely look at how well the drivers got on throughout the Saudi Arabian GP weekend.

Verstappen threw everything at Hamilton, but the seven-time World Champion managed to just about keep his cool under the incredible intensity.

Hamilton drove smartly and that's what won him the race. Perhaps he should have been more aggressive on the standing start restarts to keep Verstappen at bay, and he was lucky to get away without significant damage when he hit the rear of the Red Bull.

It would have been so easy to lose patience against Verstappen, but Hamilton didn't and his experience made a key difference in Jeddah.

Numerous misjudgements across the weekend have led to Verstappen receiving his lowest rating of the season.

First, he was on course for one of the greatest qualifying laps in modern Formula 1 on Saturday until he blew it at the last corner when he ran wide and hit the wall.

In the race, he cut Turn 2 twice to hold the lead which was simply not on and he was rightfully penalised. It was exactly the same as Brazil when he arguably should have been penalised then. You cannot do that on a race track.

Verstappen has also been deemed at fault for the 'brake test' incident on the back straight when he tried to let Hamilton through.

It was clear that both drivers were playing games, but Verstappen was far too aggressive. He's proven that he will do anything to win this title and that's a scary prospect. 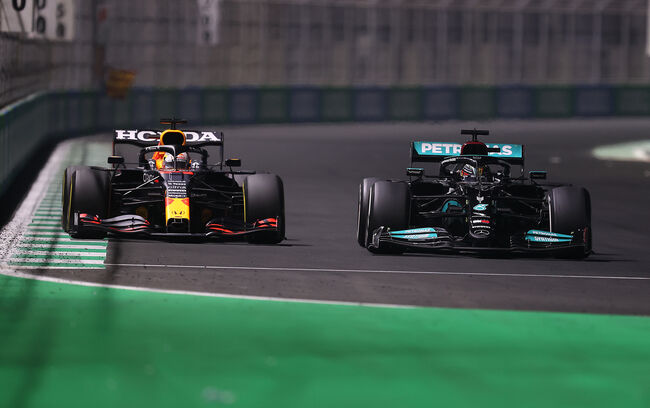 Away from the front, Bottas probably got the best result possible but made very hard work of it.

None of his standing starts were amazing, and he lost out to Ocon and Daniel Ricciardo when he could have been attacking Verstappen.

Given the pace of Hamilton, Mercedes clearly had the superior car, but Bottas struggled to catch and overtake his rivals.

Eventually, he got by both drivers to reach the podium, but it took a lot longer than it should have.

Ocon was the driver of the day on Sunday, maximising the potential of his Alpine with a superb drive.

It was every bit as good as his race win in Budapest earlier this year, as he managed his tyres perfectly as Bottas struggled to get close.

He outqualified teammate Fernando Alonso, too, and crucially got his elbows out against the AlphaTauri drivers on the opening lap to put himself in a strong position.

Ocon deserved to be on the podium, but unfortunately just missed out. If only the finish line came a few metres earlier. 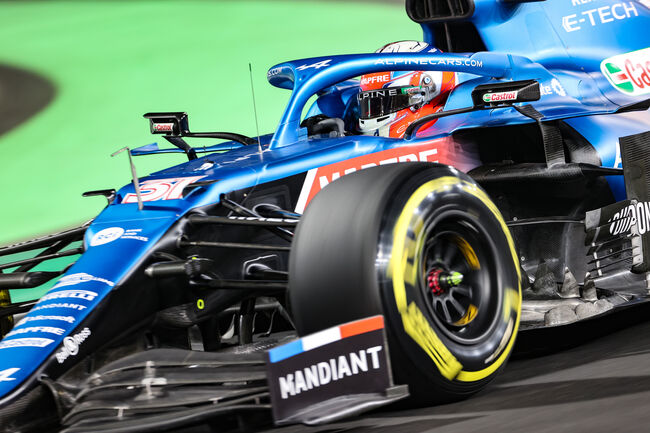 Ricciardo showed strong form during the race, having missed out on Q3 once again. Nevertheless, his decision to start on the Hard tyre paid off and he took advantage of the chaos that unfolded.

The Australian had a great battle with Bottas, not wanting to lead out of the final corner due to the big DRS and slipstream effect.

It was an exciting fight and having to run the Mediums for the majority of the race meant a podium was never on the cards. A solid result for Ricciardo.

Pierre Gasly had a tardy start, losing two positions on the opening lap, but benefitted from the timing of the red flag to get back into sixth.

From there, it was a relatively quiet race for Gasly, who didn't quite hit his usual high standards, but it was still a great weekend and he didn't have the car to finish higher. 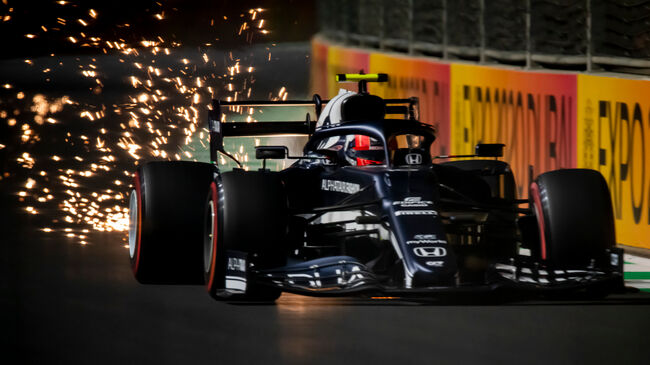 Recovering from a big accident can be difficult, but Charles Leclerc jumped back into his Ferrari on Saturday and brilliantly put his car on the second row of the grid, 24 hours after a massive crash in FP2.

Leclerc's pace was excellent early on, but he was disadvantaged by the red flag and had nowhere to go when he was squeezed out by Sergio Perez on the first restart.

Seventh is a disappointing result for Leclerc, although his raw pace was very impressive.

Carlos Sainz somehow avoided a big shunt in qualifying, as he grazed the wall when he spun at high speed. Ferrari were not able to fix his rear wing properly so he was eliminated from Q2.

Sainz was on a charge, running the same Hard-Medium strategy as Ricciardo. It meant he couldn't attack following the stoppages to nurse the tyres home and he did so very well, trailing Leclerc by just two seconds at the chequered flag.

Both Ferrari drivers have been pushing the limits of the car this year, and both have been found out at times. 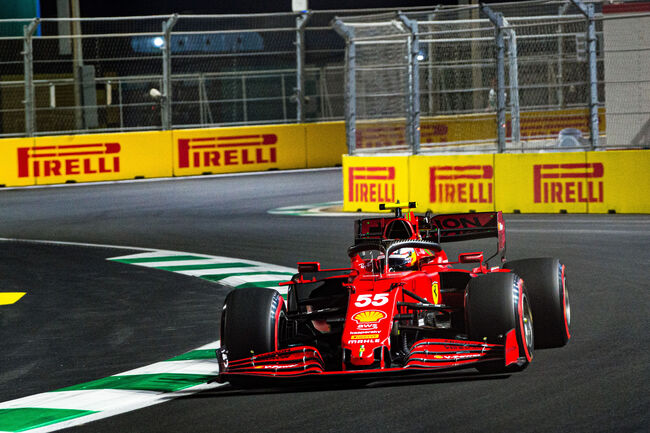 Antonio Giovinazzi scored points for just the second time this season, as he stayed away from the mayhem at the Jeddah Corniche Circuit.

Giovinazzi made the most of the optimum Medium-Hard strategy, although he did seem to struggle with tyre wear during the latter stages of the race, which has been a trademark all year.

Lando Norris was arguably the driver who was hurt the most by the first red flag because he dropped towards the back of the field and lost a lot of track position.

Norris' pace was stronger than Ricciardo's throughout the weekend, too, so he likely missed out on a chance to fight for the podium.

It's been a tricky run of results for Norris recently, even though he has maintained his points-scoring streak, which dates back to the Dutch GP. 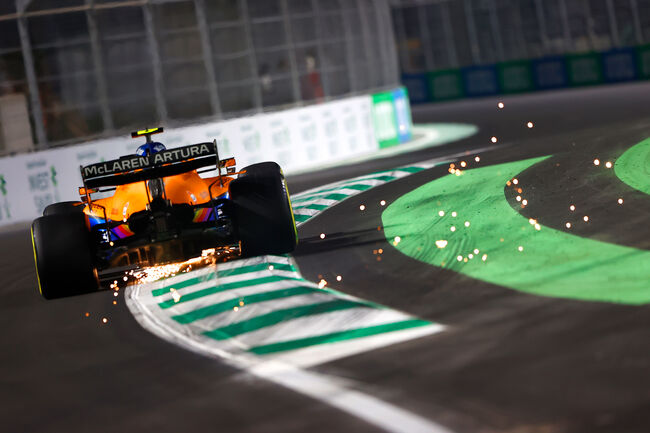 Aston Martin had a dismal weekend in Saudi Arabia as Lance Stroll failed to capitalise on the chaotic race.

Stroll had good launches at each of the three standing starts, but lacked pure pace and was unable to keep Norris at bay.

He also had to manage the Medium tyres to the end of the race, which hampered his chances of finishing inside the top 10.

Similarly to Stroll, Nicholas Latifi managed to keep clear of the carnage in Saudi Arabia, but never had the pace to challenge for points.

Latifi was just two-tenths of a second behind teammate George Russell in qualifying, which underlined his improved one-lap form.

It's difficult to say how strong Latifi's race pace was because Russell retired early in the Grand Prix.

Fernando Alonso had a torrid time in Jeddah, rarely looking completely comfortable with his Alpine from Saturday onwards.

Alonso said he had a problem during qualifying which couldn't be fixed due to parc ferme rules, which may explain his lack of pace.

His speed on the straights was also unusually slow, even when in the slipstream of other cars. A big spin at Turn 8 ended Alonso's hopes of a strong result as he managed to avoid the wall and his rivals when he lost control of his car.

It was a very lonely race for the Spaniard following that pirouette. 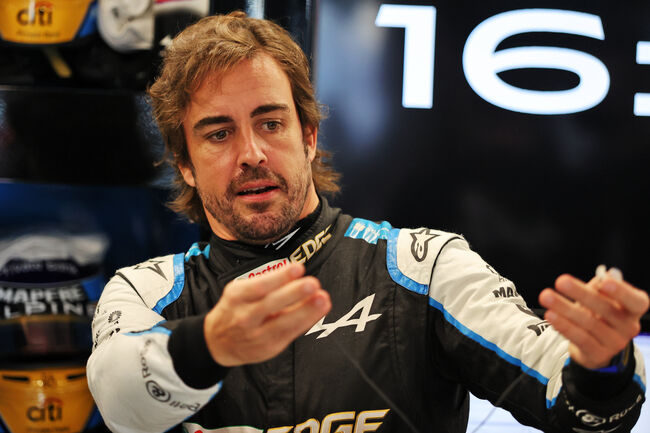 Yuki Tsunoda impressed at the new Jeddah street track but made a clumsy error when racing Sebastian Vettel into Turns 1 and 2.

Tsunoda clipped the rear of Vettel's car, sending both drivers into the wall, and has admitted he was at fault for the incident.

The Japanese driver took a long time to get back underway, but his chances of a big result had already disappeared due to a split-second mistake.

Kimi Raikkonen had poor getaways during all of his standing starts which put him down the order early on.

He was battling hard against Vettel, knowing that Alfa Romeo had similar pace to Aston Martin at the weekend, but his move around the outside at Turn 4 was never going to work.

A disappointing race for Raikkonen, who has just one more remaining in his F1 career.

Vettel found himself in the wars on Sunday night, as he made contact with Tsunoda and Raikkonen. Both incidents were arguably not his fault.

It was a shame for Vettel because he was running in the points until his first collision of the race. He was forced to carry significant damage for most of the race until he retired on Lap 44/50. 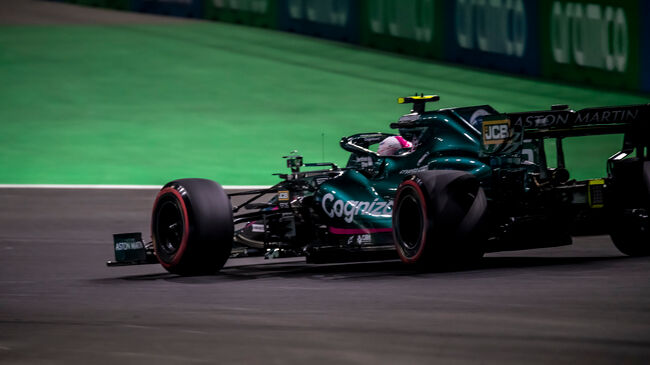 Russell suffered his first official retirement since the Styrian GP in dramatic fashion.

As Perez spun in the middle of the track, several cars braked and Russell had nowhere to go before being hit hard by Nikita Mazepin.

Perez had a disappointing weekend, struggling to get to grips with the new Jeddah track. Even though Verstappen failed to put his final lap together, Perez was still half a second behind in Q3.

He never threatened Leclerc in the first part of the Grand Prix, which emphasised his struggles.

You could argue he was at fault for his own retirement, but going three-wide on a narrowing part of the track is always a tricky situation. 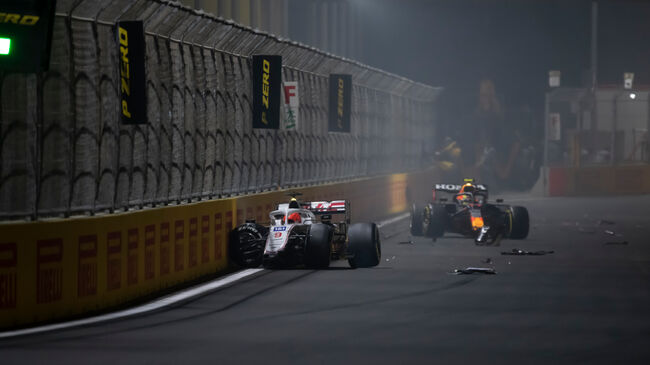 Mazepin will be thankful for the Halo, because it may well have saved him from something more horrific.

The Haas driver couldn't react quickly enough as a sea of cars slowed down in front of him. Mazepin lifted Russell's car off the ground, such was the impact, and luckily he was able to walk away from the crash.

Despite having a DRS issue in qualifying, Mick Schumacher was still able to out-qualify Mazepin by one second.

In the race, it looked like he carried too much speed into Turn 22 and his Haas couldn't handle the pace, so the car looped around on him.

A small mistake from Schumacher, with big consequences.