New Formula 1 chief executive Stefano Domenicali has called time on suggestions that the sport should adopt a reverse grid format to promote more entertaining races, but said he remained open to the idea of testing sprint races on Saturday in the coming year. 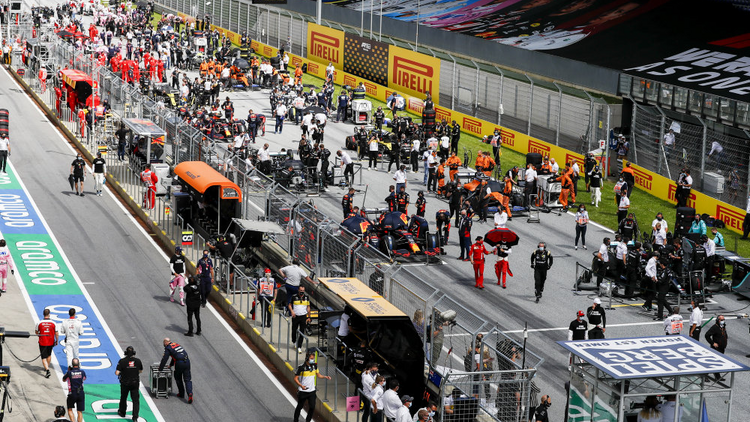 Reverse grids have repeatedly emerged as one potential solution to the issue of predictable races in F1, with the idea being that having the faster cars begin at the back of the grid would produce more overtakes and unpredictable racing, but Formula 1 chief executive Stefano Domenicali is dead against the idea of any more gimmicks.

The idea has also attracted criticism with worries that it could undermine the competitive nature of the sport as a battle of both drivers and engineering development and lead to further tweaks to the rules which would dilute the fundamental competition in F1.

“Reverse grid is over,” Domenicali told select members of the press, including RacingNews365.com, when asked about prospect of reverse grids being introduced.

“I think that it is important to think about new ideas of being more attractive or interesting, but we don’t have to lose the traditional approach of racing, I think that what we learned in the period where we were changing qualifying every two days, (it was) something that has burned our fingers, so we need to avoid that.”

While ruling out the use of reverse grids entirely, Domenicali said there remained a possibility of using sprint races instead of straight qualifying on Saturday in a similar fashion to that seen in F2 and that discussions were already underway with teams on testing the concept this season.

“For now I think the formula is quite stable," Domenicali continued. "What we are looking at for sure is what could be the approach of the so-called sprint race on Saturday, we are thinking if this could be tested already this year, there are discussions ongoing with the teams in the right forum and I think this is the only one thing that could be interesting.”