Formula 1 CEO Stefano Domenicali believes that it is important to resolve the issues between Mercedes and Red Bull in order to avoid future problems. 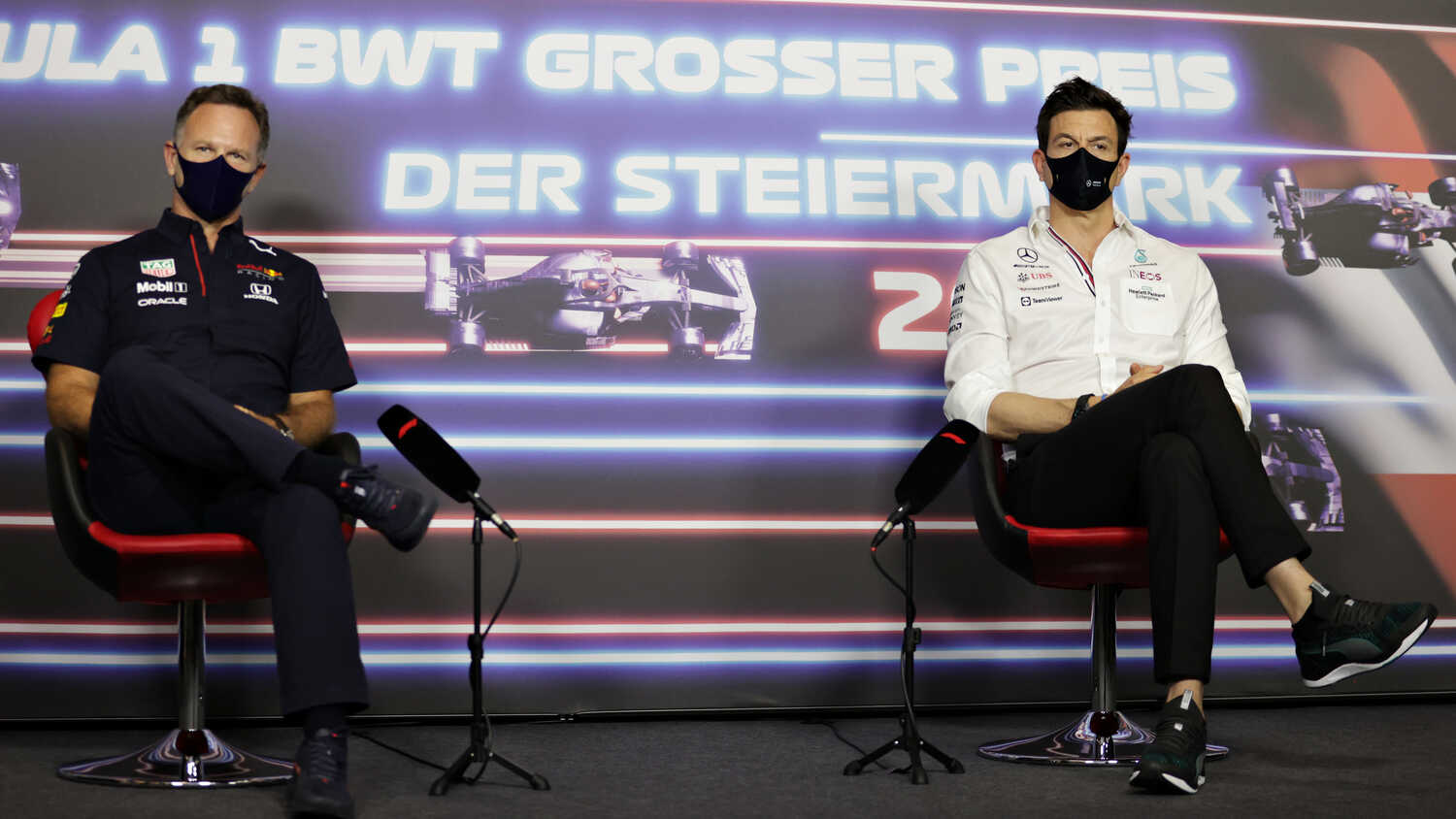 Stefano Domenicali, CEO of Formula 1, wants the strained relationship between Mercedes and Red Bull to be mended following tensions between the two sides in 2021.

The championship battle that played out during the season between drivers Lewis Hamilton and Max Verstappen led to some bitter exchanges amongst respective team bosses Toto Wolff and Christian Horner, with various disputes unfolding.

Despite Wolff and Horner shaking hands in a pre-race press conference ahead of the Abu Dhabi Grand Prix, the controversial ending to the event led Mercedes to initially lodge two protests against the result, suggesting that the fallout between the two teams has not ended.

Speaking after receiving the prestigious Lorenzo Bandini Award in Italy, Domenicali explained that he was keen for the dispute between Mercedes and Red Bull to be resolved in order to avoid any further issues in the future.

"Those who live with certainties mean that they sleep well!" Domenicali said, when asked if he had any worries for F1 in 2022.

"But we have many doubts and we have to face them. We have issues that will eventually have to be managed.

"We will have to evaluate day-by-day the relationship that must be recovered between Red Bull and Mercedes, to avoid the personal clashes that we have seen that serve no benefit."

Whilst Mercedes chose to withdraw their appeal against the result of the Abu Dhabi Grand Prix, Mercedes have welcomed the FIA's decision to investigate what happened, and vowed in a statement to "hold the FIA accountable for this process".

F1 owners Liberty Media have so far remained silent about the controversy, as such matters are instead being dealt with by new FIA President Mohammed Ben Sulayem.

"We have already spoken with the President. We talked about the priorities he will have to face, and there are many," Domenicali said.

"But, at this stage, it is right to remain silent so as not to create further controversy in an area that was very overheated.

"But I would like to say that we come from an extraordinary season, followed by more than two billion people.

"The last Abu Dhabi GP was the most followed sporting event in 2021. These are stratospheric numbers that we must be proud of."