With war brewing on and off track, can Mercedes strike back?

Expect a resurgent Lewis Hamilton and Mercedes to avenge their Monaco misery this weekend, as Formula 1 returns to Azerbaijan. 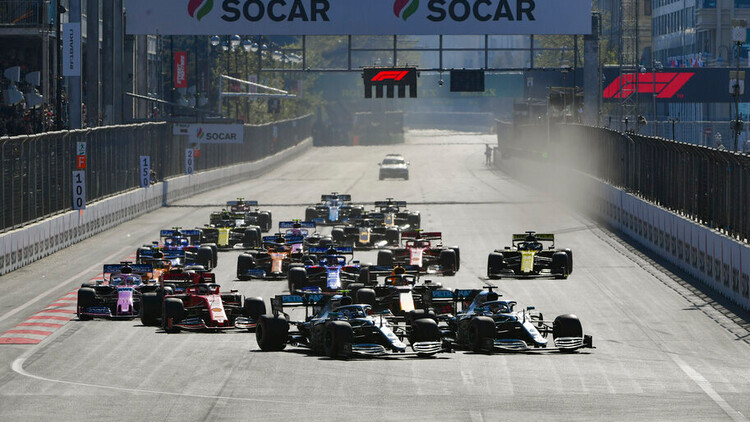 After the unique challenges of Monaco, it's off to Azerbaijan for the next round of the Formula 1 World Championship. Like Monaco, the country didn't get to hold a race due to the coronavirus pandemic last year, but Baku finally gets its moment in the spotlight again.

Like Monaco, it's a pretty unique venue. Also like Monaco, it's a street circuit. But there the similarities end. While Monte Carlo is a sinewy, tortuous snake that never allows the drivers a moments repite, Baku is a ferociously fast circuit that is one of the best on the calendar for overtaking.

After a dramatic weekend in Monaco threw up an unusual result that was just what the championship needed, this weekend is likely to see a vengeful Mercedes out to right the wrongs of the last race.

Can Mercedes immediately fight back?

On paper, this circuit should suit Mercedes a little better than Red Bull. Sector 3 is a foot-to-the-floor sequence of sweeps leading onto a 2.2 kilometre main straight that will utilise every single bit of horsepower the engines can muster.

In this regard, Mercedes still enjoy a slight advantage over Red Bull. But the corner characteristics do throw up a variable. Unlike the likes of Spain and Portugal, where Mercedes did enjoy an advantage on the fast and flowing sweeps of Catalunya and Portimao, Baku is mostly medium-speed 90 degree corners that reward good traction and driveability.

In that regard, Red Bull have seemed to be the equal, if not even marginally ahead, of Mercedes. Bahrain is a circuit that also rewards these traits, and the RB16B did enjoy a pace advantage there, although there is the obvious caveat of that being at the very start of the season.

Strangely enough, it's a circuit where neither Lewis Hamilton or Max Verstappen have fared particularly well. Hamilton inherited the 2018 win after an error from Sebastian Vettel and a puncture for Valtteri Bottas, and finished second to Bottas in the 2019 edition.

Verstappen has never finished on the podium in Baku, with his most memorable moment at the venue being his part in the infamous Red Bull collision between him and Daniel Ricciardo in 2018. But, as the Dutch driver showed in Monaco, such runs of ill fortune are there to be ended.

Whatever about on-track, there's also the possibility of a huge political fight between both teams as the ongoing saga about flexi-wings could explode. 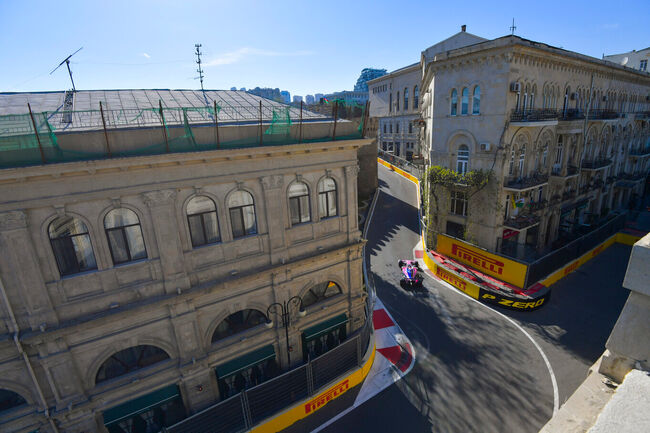 What about Ferrari vs. McLaren?

After Ferrari's hugely fast Monaco weekend, the battle between themselves and McLaren over third place in the championship looks set to run and run. McLaren are back to their usual colours this weekend, ditching the eye-catching Gulf livery from Monte Carlo, and Lando Norris and Daniel Ricciardo look set to have a tough time from Carlos Sainz and Charles Leclerc.

The MCL35M looks a quick machine pretty much everywhere, and is perhaps a slightly better all-rounder than the Ferrari, although the SF1000 had an evident advantage last time out for the unique demands of Monaco. But Ferrari's engine still has some question marks over their outright horsepower, meaning they could be left exposed at the end of the straights.

Indeed, Laurent Mekies believes that the next few races could be tricky for the Scuderia.

“Now begins a part of the season that promises to be complicated for us,” Mekies told Formula1.com. “If in Spain the SF21 was clearly the third best in the field and in Monaco even showed the potential to win, the situation is set to be different in the next races, starting with Baku.

“Already this weekend [in Baku] we expect a very strong McLaren, which should adapt very well to the characteristics of the circuit and therefore take the leadership of the group behind the two teams fighting for the world championship. We also believe that Alpine, AlphaTauri and Aston Martin will also be very competitive.

“Our main goal will be to express all the potential available and try to make the most of every opportunity. To use a football metaphor, we will try to make a good defence and hit on counter-attack."

Daniel Ricciardo is a a prior winner of the race, having won in 2017, but the Australian appears to still be trying to fight just to figure out how to drive the McLaren. Unless he can figure it out quickly this weekend, it's quite likely that Ferrari will enjoy the advantage of both of their drivers firing on both cylinders but up against a slightly faster McLaren.

Flexi-wings to be the main talking point?

This weekend has been earmarked as a battleground by Mercedes, who have already said that they will protest against Red Bull if the Milton Keynes team run with their 'flexible' rear wing. Helmut Marko and Christian Horner appear to be uncowed by this threat, with Marko confirming the team intend to run the wing and both have said they will protest against Mercedes' front wing in retaliation.

It's very difficult to predict where this one might end up, as it's mostly hot air and finger pointing for now. Until one of the teams actually lodges a protest, it's a delicately poised sequence of events waiting to unfold.

It's also difficult to gauge the purpose of a protest because, as it stands, all these supposed 'illegal' wings are passing the current FIA tests. Changing the tests ahead of the June 15 introduction timeline would result in an even messier sequence of events, given that it's possible the teams don't even have a more rigid wing they could switch to.

It's also possible that, just for the fun of it and if they have the parts, either team could decide against running their flexible wings and make the other team look quite silly if a counter-protest is lodged. But that's quite unlikely, given the potentially huge time loss that could be given away down that massively long main straight..

Either way, it's quite a while since Formula 1 had a proper gloves-off technical screaming match via the technical regulations, so this weekend could be very entertaining in that regard.