It's a name synonymous with motorsport, and thanks to the exploits of 14-year-old Emerson Jr, there's another Fittipaldi for fans to monitor the progress of. The young Brazilian is set to drive in Danish Formula 4 later this year. 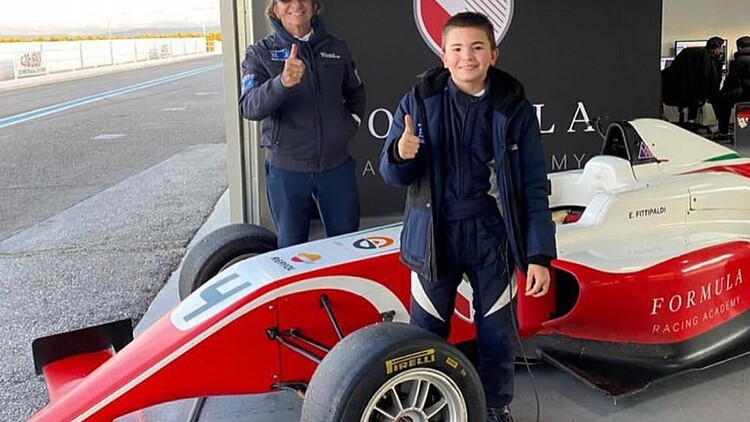 Sauber Academy driver, Emerson Fittipaldi Jr, will make the step up to formula cars as he makes his debut in Danish F4 later in 2021.

The 14-year-old will add the junior series to his current karting programme, in a year where the Brazilian will accrue substantial important single-seater experience.

The F4 Danish Championship will feature 21 races, spread across seven events in Denmark and Sweden, with the calendar starting in April and ending at the beginning of October.

Fittipaldi Jr, who has been part of the team’s programme since 2020, previously ran F4 machinery during a test at Homestead-Miami Speedway, in the United States.

He is the latest Fittipaldi to try his hand at Formula racing, following in the footsteps of relatives Enzo and Pietro Fittipaldi, with the later racing for Haas F1 at the end of the 2020 season.

“I look forward to getting my formula car debut and getting to know the Danish racetracks," Fittipaldi said in a Sauber Academy press release.

"Even though I do not know much about Denmark, the series and tracks, I believe that this is a great opportunity to learn a lot from the Scandinavian drivers - and I look very much forward to that.”