The Formula 1 drivers stopped off at Raidillon during their track walks on Thursday, in order to pay their respects to the late Anthoine Hubert. 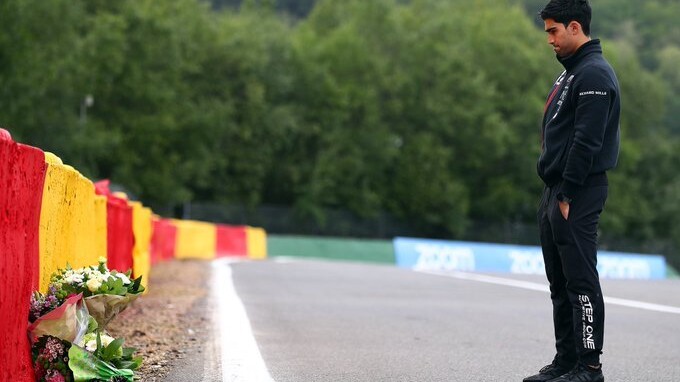 Friends, colleagues and former rivals of Anthoine Hubert headed up the hill to Raidillon to pay their respects to Anthoine Hubert on Thurday's media day at Spa-Francorchamps.

The 23-year-old lost his life in a horrific accident during the Formula 2 Feature Race, when he was involved in a multi-car crash at Raidillon.

Returning to Spa two years on from the crash, Hubert's close friend Pierre Gasly made the climb up the hill to put down flowers at the site of the accident and to take a reflective moment to himself ahead of the weekend's action. Ferrari's Charles Leclerc, another close friend of Hubert from their junior category racing days, also cycled up to lay down flowers.

Juan Manuel Correa, who suffered serious leg injuries when he collided with Hubert's car in that fateful Formula 2 race, attended the Belgian Grand Prix last year as a spectator, but returns to Spa this year as a racing driver. Now driving in Formula 3, Correa was able to walk up himself to revisit the spot of the life-changing accident.

"I think there are two JMs going to Spa. There's going to be the JM that's going to be focused and treat it like any other race," Correa wrote on his Instagram page.

"Then there is the personal JM whose life has been marked by what happened in Spa two years ago.

"It feels strange to be back here as a driver. I feel humbled to have the opportunity to keep doing what I love and try to find comfort in the fact that he would have done the same thing. This and every weekend we race for you my friend." 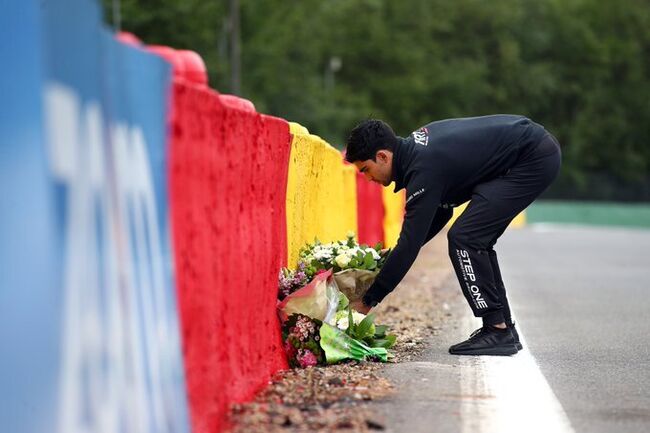