Did Hamilton take too much risk in battle with Alonso?

Lewis Hamilton was critical of Fernando Alonso's defensive driving during their battle at the Hungarian Grand Prix. However, Damon Hill and Allan McNish have questioned whether Hamilton should have put himself in such a risky position. 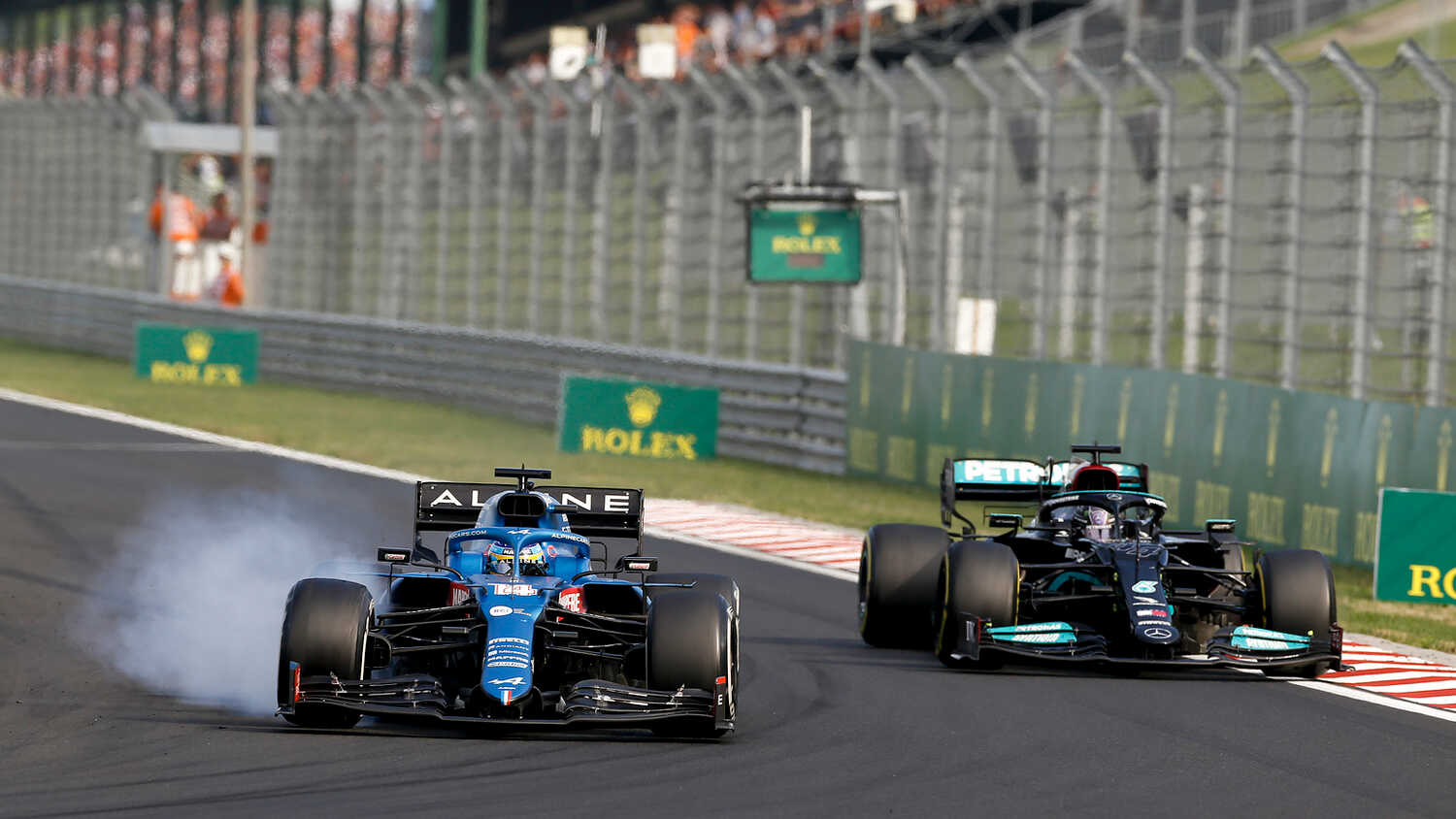 Lewis Hamilton may have put his World Championship chances at stake through taking risks in his battle with Fernando Alonso at the Hungarian Grand Prix, according to former F1 drivers Damon Hill and Allan McNish.

The Mercedes struggled to get past Alonso's Alpine as they fought for fifth place in the latter stages of the race, with Alonso driving particularly defensively to prevent Hamilton from catching his teammate Esteban Ocon in the lead. Hamilton criticised Alonso's driving over team radio, but Hill believes the British driver did not necessarily have to put himself in such a position when battling at the fast left of Turn 4 of the Hungaroring.

"It was almost a mirror opposite replay of Copse [at Silverstone] and [Max] Verstappen," Hill told the F1 Nation podcast. "He had to kind of take a bit of a line, and then Lewis didn't like it.

"He got on the radio afterwards and said 'that was a bit dangerous'. Well, Lewis put himself in that position, didn't he?"

McNish agrees and admits he was surprised that Hamilton didn't think of the bigger picture of the title fight, given that Verstappen was much further down the order and struggling to get into the points.

"If you're on the outside, you're on the risk point," McNish explained about the Turn 4 move. "And it can go wrong, because ultimately if they move across, you touch.

"I thought that was pretty risky from Lewis because, at this point in the race, his main competitor in the World Championship was basically in the very very low points.

"He was in a position where he could finish potentially on the podium, but maybe not. But in the overall picture of the World Championship, this swing that went from Silverstone where he was 30-odd points behind, going in to suddenly could be coming out of this race in the lead, or risk it with a very very forceful Fernando Alonso.

"I think there there was a point where - and I must admit I wasn't brilliant at this - [he should have been] taking a breath and thinking bigger picture, as opposed to very narrow picture."

As it was, Hamilton worked his way up to finish third in the race, though was later promoted to second due to Sebastian Vettel being disqualified. Verstappen originally finished in 10th but similarly was promoted a spot to be classified in ninth.

Hamilton now leads the Drivers' Standings by eight points, whilst in the Constructors' Championship Mercedes have a 12-point lead over Red Bull.