Saudi Arabia has said that they they would be willing to discuss hosting the season finale in Abu Dhabi's stead, if asked to do so. 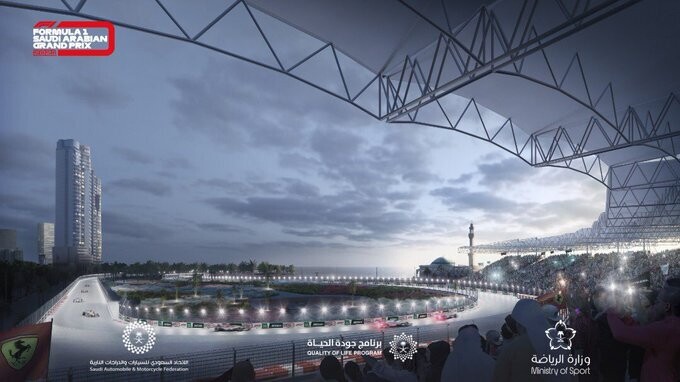 Saudi Arabia has indicated that they would be willing to discuss hosting the season finale of the 2021 Formula 1 World Championship, if asked to do so.

The possibility has come about as a result of the United Kingdom's list of 'red zone' countries. With Abu Dhabi being on that list, many of Formula 1's UK-based personnel would be required to enter a quarantine period of 10 days - an unattractive prospect given the proximity of the race to Christmas.

One suggestion is that the Abu Dhabi Grand Prix weekend could be brought forward by a week. This opens up the possibility of Saudi Arabia, which is not on the UK's red list, hosting the season finale on December 12 on the date currently held by Abu Dhabi.

“Nobody mentioned something like this but if something helps Formula 1, I need to go back to see if it’s something that we are willing to do,” HRH Prince Khalid Bin Sultan Al Faisal, Chairman of the Saudi Automobile & Motorcyle Federation(SAMF), told media, including RacingNews365 on Monday.

Saudi Arabia is scheduled to make its debut on the Formula 1 calendar later this year, having been given the penultimate round in order to give the promoter as much time as possible to build the venue, the Jeddah Corniche Circuit.

The country are also interested in hosting a 'Sprint Qualifying' round. With F1 yet to confirm which venue later in the season is hosting the third and final qualifying race after its introduction at the British Grand Prix, HRH Prince Khalid explained that Saudi Arabia would be interested in the format.

“I was there at Silverstone last weekend and I really enjoyed it as a spectator and a promoter,” he said.

“I think it’s good – you have more races to see more action on Saturday and still the qualifying. If you qualify on pole that doesn’t mean that you start the race from pole so this will give pressure on the teams and the drivers so I really enjoyed it. We would love to be one of the countries that have the sprint race.

"The decision now, it's on Formula 1, who else will see the sprint race. Is it going to be another country in Europe or Middle East will be one of them? I would love to see it in Saudi."