Can Hamilton and his 'spicy engine' stop Verstappen from making history?

Max Verstappen could wrap up the title this weekend in Saudi Arabia, but Lewis Hamilton will be doing his utmost to ensure that doesn't happen... 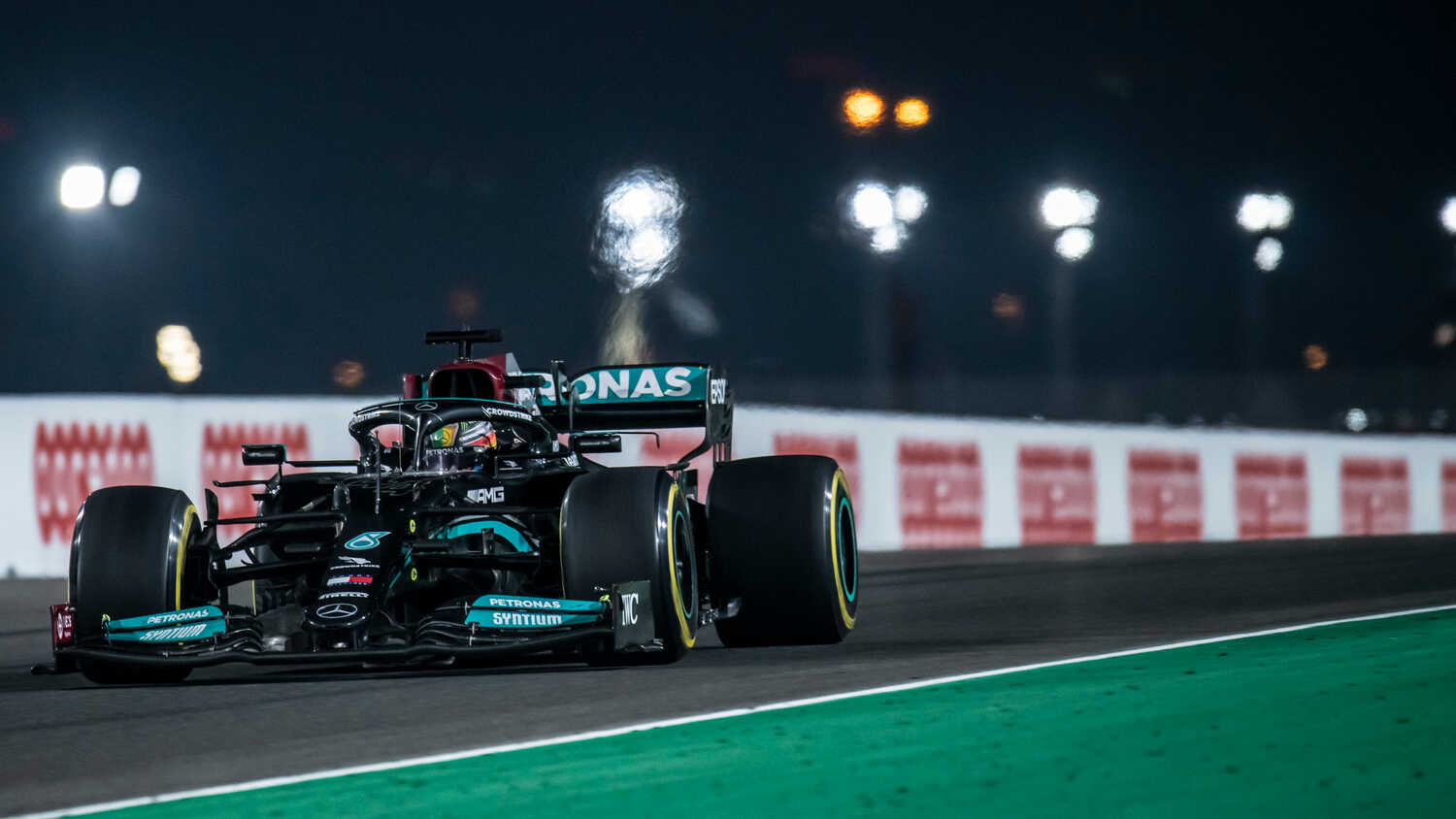 After a frantic triple-header in Mexico, Brazil and Qatar, the teams and drivers have had one more opportunity to catch their breath ahead of 2021's climax in the Middle East, where this year's titles will be decided.

The first stop is at the newly constructed Jeddah Corniche Circuit in Saudi Arabia, a track that hadn't even broken ground at the time when the announcement was made of its inclusion on the 2021 calendar back in November 2020.

It's been a race against time to get the track ready for racing, but work is largely complete and so Saudi Arabia will host its inaugural Grand Prix this weekend.

And what a Grand Prix it could end up being. The 27-corner circuit is expected to have an average speed of around 250km/h, with 79 percent of the lap taken at full throttle. With three DRS zones included, this is going to be an intensely fast Grand Prix with little margin for error due to the circuit being hemmed in tightly by barriers in close proximity.

With blind, sweeping, high-speed corners, Jeddah's lap is like if Baku's third sector was turned into a race track, after taking inspiration from Suzuka's esses and lining them with walls. It's terrifyingly fast but, despite that fact and the proliferation of DRS zones, that doesn't mean that overtaking will necessarily be easy.

With very few hard braking zones, as well as the flat-out sections not being straights, a straight-line speed advantage could well be repelled by a clever defender. But the pressure is likely to be immense, as it's not a track where pulling away from those behind will be easy. With so few technical corners, there's little opportunity for the drivers to make a crucial difference, and DRS trains could well be the order of the day on Sunday.

With the race being held under floodlights, it's set to be an incredible spectacle. 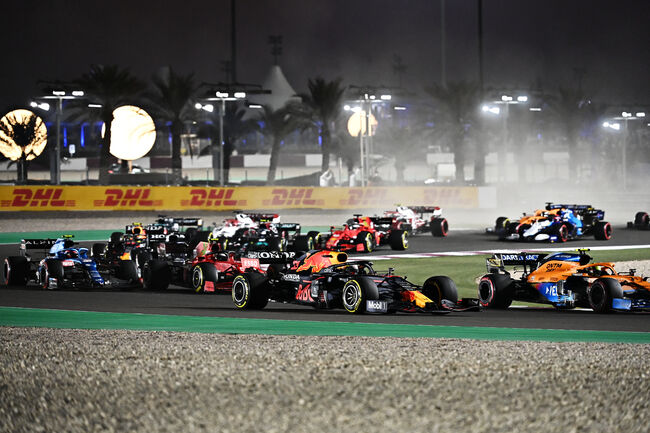 Out of the two contenders, Max Verstappen is the only one who could wrap up the title this weekend. The Dutch driver has a slender eight-point lead over Lewis Hamilton in the Drivers' Championship. This means that if he can extend that lead to 26 points or more, he will be crowned champion on Sunday.

For that to happen, Verstappen would need a points swing of 18 in one race - something that's only happened for him once this year. In Monaco, Verstappen's win, with Hamilton coming seventh, resulted in that swing. The same result this weekend could make all the difference, although the fastest lap point would likely then decide whether the title fight goes on to Abu Dhabi.

But Verstappen will need a huge amount of luck to go his way to get such a result. Saudi Arabia's power demands mean that it's Mercedes, not Red Bull, who are favourites heading to Jeddah.

Hamilton will revert to the so-called "spicy engine" this weekend, the unit that Mercedes introduced at the Brazilian Grand Prix.

Believed, although not confirmed, to be a shorter lifespan engine with a higher performance peak, the straight-line speed of the Mercedes raised eyebrows at Interlagos and could strike fear into the hearts of Red Bull again this weekend.

Red Bull, in contrast, are staying calm and have denied they have any intention to throw a rumoured 'super-engine' into the back of Verstappen's car this weekend.

Their line is that they're sticking with their usual Honda engines, of which Verstappen still has two, and that the mileage on these engines hasn't notably taken away from their performance potential - something that Mercedes have openly struggled with this year.

Red Bull are rumoured to have asked Honda to eke out every last bit of performance from the engine this weekend, with the potential for a fresh unit in Abu Dhabi - a track where overtaking could be a lot more simple for a recovering Verstappen.

Assuming that Hamilton and Mercedes do have a pace advantage this weekend, Red Bull could be hoping for the element of chaos. A narrow, high-speed street circuit is likely to trigger Safety Cars, and a dominant Hamilton performance could well be negated by the appearance of Bernd Maylander.

There's also the possibility that Hamilton's engine, rumoured to be pushed to the limits of its performance envelope, could go bang when tasked with a race that's more than three-quarters of the distance taken at full throttle.

There's a sense that Mercedes are throwing everything they can at Red Bull, with Red Bull taking a more cautious approach and hoping for some luck. Which approach is more likely to work out? 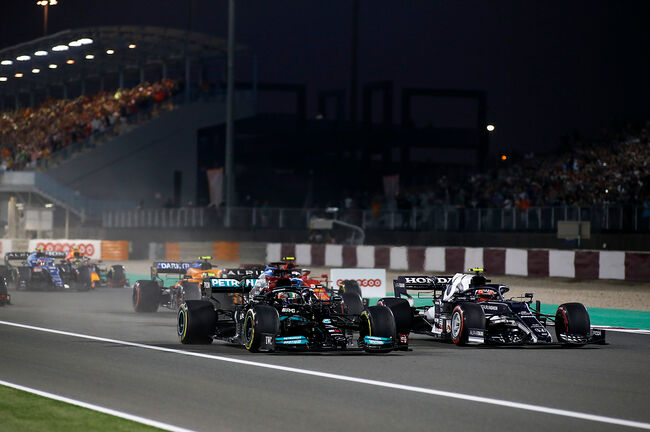 The battle over third place in the Constructors' Championship has petered out in the closing stages of the season, with McLaren struggling to keep on terms with Ferrari since the Scuderia's last engine update.

Since Turkey, Ferrari have outscored McLaren by 57 points to turn a 7.5-point deficit into a 39.5-point lead with two races remaining.

As a result, it's difficult to see how McLaren can turn that around from here, especially given that Daniel Ricciardo's form has dipped again in recent races after seeming to have turned the corner after the summer break.

Their hopes will rest on them being able to exploit the Mercedes engine's power, as well as the MCL35M's fondness for fast circuits (after all, they did win at Monza!). But that was before Ferrari updated their power units, meaning out-qualifying the Ferraris could be a big challenge for the McLaren pair. If they can manage that on Saturday, then they might be able to keep their hopes of third place alive a little longer.

One way to watch the Saudi Arabian Grand Prix in certain countries is through F1 TV, F1's own digital streaming platform that helps you get inside the pit lane while accessing real-time statistics and timing, along with historical content.