Button: Hamilton pitted right when he shouldn't have

Jenson Button feels that Lewis Hamilton was caught between two strategies in the Turkish Grand Prix. 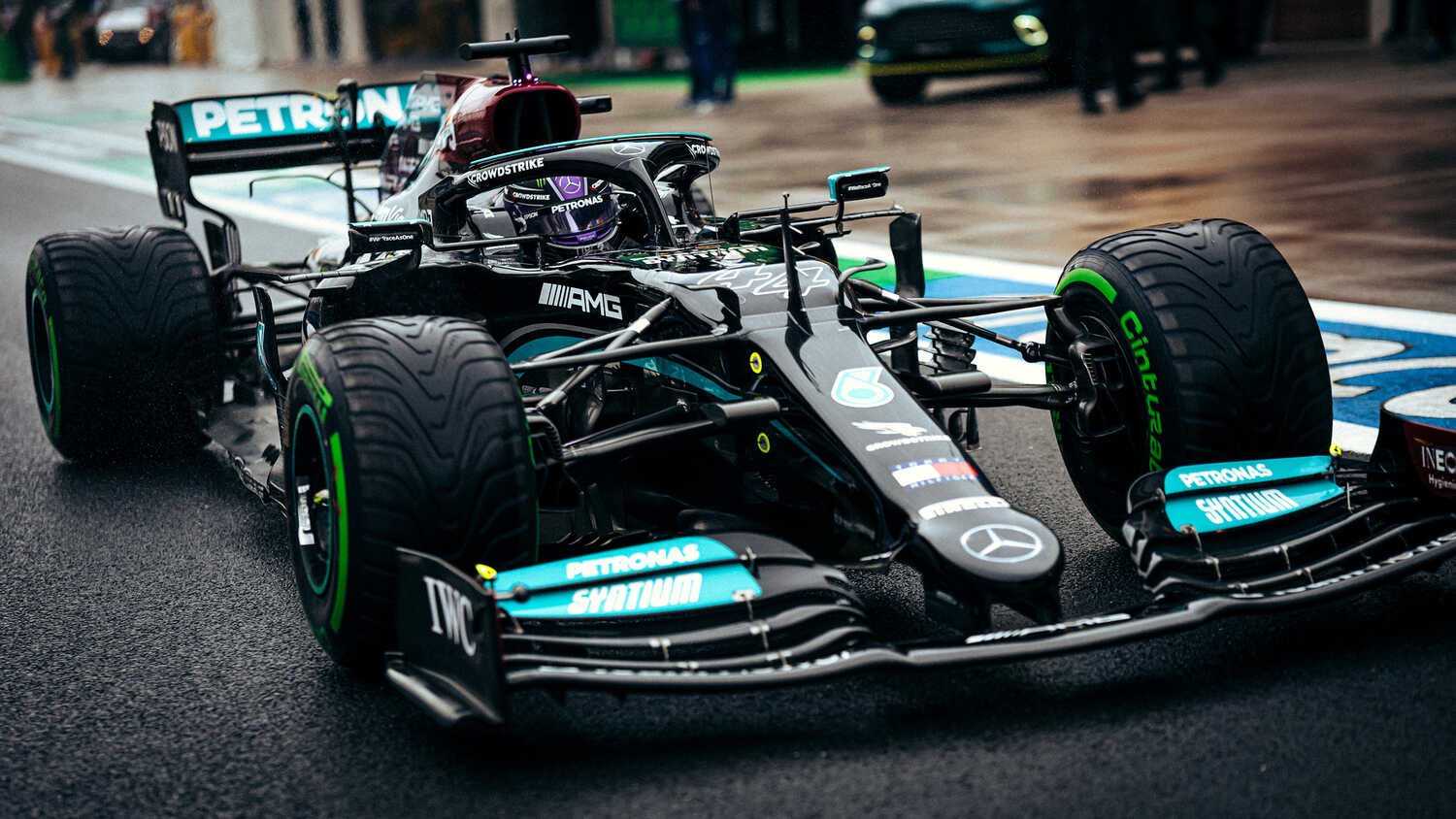 Jenson Button has given his view on Lewis Hamilton's strategy during the Turkish Grand Prix, saying he pitted "right in the middle of where he shouldn't have".

Hamilton, having started 11th on the grid after an engine change, went long on his initial set of Intermediate tyres in the damp conditions, rising to third position and at one stage looking set to complete the race without pitting.

However, as his tyres faded away in the closing stages, Mercedes called Hamilton into the pits for fresh rubber, an instruction the seven-time World Champion initially resisted, before stopping on Lap 50 of 58.

Hamilton suffered with graining for most of the remaining laps and had to settle for fifth at the chequered flag, as second-placed title rival Max Verstappen reclaimed the championship lead with six races left to run.

Button, who was Hamilton's teammate at McLaren between 2010 and 2012, feels that his former colleague got caught between two strategies on Sunday.

"It's a really tricky one and I'm sure Lewis was quite frustrated after the race," Button told Sky Sports. "But they've talked him through the process of when he should have pitted.

"It was right in the middle, and it's the area you don't want to be in, really."

Button added, however, that Hamilton could have been better informed by Mercedes before making his stop, which dropped him behind Sergio Perez and Charles Leclerc, with Pierre Gasly also close to moving ahead.

"I think the bigger thing for me is the information," Button went on to comment. "I don't think Lewis understood that he was going to lose two positions with the pit-stop.

"He seemed quite happy when they said, 'Pit, we want to get you out in front of Gasly', he was like, 'OK', and it just didn't seem like he knew that he was going to lose a couple of places.

"Afterwards, he got quite frustrated, knowing that he was back in fifth place, behind two cars he didn't expect to be."

Button reckons Hamilton was inspired by his strategy en route to victory at last year's Turkish Grand Prix, when he completed 50 laps on Intermediate tyres after an early change from Wets.

"He's also probably thinking back to last year," added Button. "He stayed out on a tyre last year for a very long period of time and it worked for him.

"It's not always going to work for you, but it looked like it was going to, and I'm sure Red Bull were thinking, 'Wow, if he does get to the end, they've done a really good job'. He's made it work before.

"The car had a lot of downforce on it around here. He was able to look after the tyres better than anyone, so it might have worked."