Brundle suggests all not well between Hamilton and Mercedes

Lewis Hamilton and Mercedes have been the pairing to beat in recent years, with the Brit viewed as the favourite to add to his trophy cabinet this season. However Martin Brundle isn't sure the two sides are on the same page at this time. 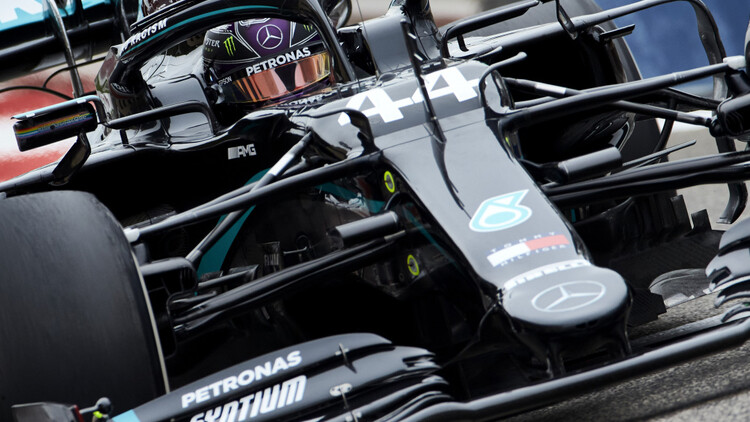 Lewis Hamilton and Mercedes will once again team up in 2021 as the Brit looks to claim a record-breaking eighth world title, but Martin Brundle isn't so sure all is well between the two sides.

The 36-year-old was the last driver on the grid to put pen to a paper on a contract for the upcoming season. However despite assurances from both sides that they were happy to continue their working relationship, Hamilton only signed a one-year contract.

Brundle, while speaking with Sky Sports ahead of the new season, stated that the Brit seemed a bit off during a recent chat between the two.

"We did a couple of features with him," Brundle stated during a pre-season video for Sky Sports. "He was very generous but a bit grumpy actually, I thought generally.

"It's interesting that his right-hand man, Marc Hynes, is no longer working with him. I sensed he possibly wasn't super-happy with the way the negotiations have worked out at Mercedes."

Even when Hamilton was asked about the upcoming season, the Mercedes man seemed to be aware of the challenges the rest of the grid may pose this season.

"I did say to him 'you're going to burst through 100 poles this year at some point, most likely' and he went 'why?'" Brundle added.

"'McLaren were a quarter of a second behind us in Abu Dhabi, now they've got our engine; what about Red Bull, maybe the high rake works; and don't count out Ferrari, and the Aston Martin will be strong'.

"He sort of really challenged me quite hard and I said 'well, you have got 98 of them, mostly in the hybrid era, you scored 10 last year - there's half a chance you'll get two more this year'."