Brundle: Hamilton decided he had yielded too many times to Verstappen's aggression

The Formula 1 pundit believes Lewis Hamilton did not want to lose out to Max Verstappen once again at the British Grand Prix. 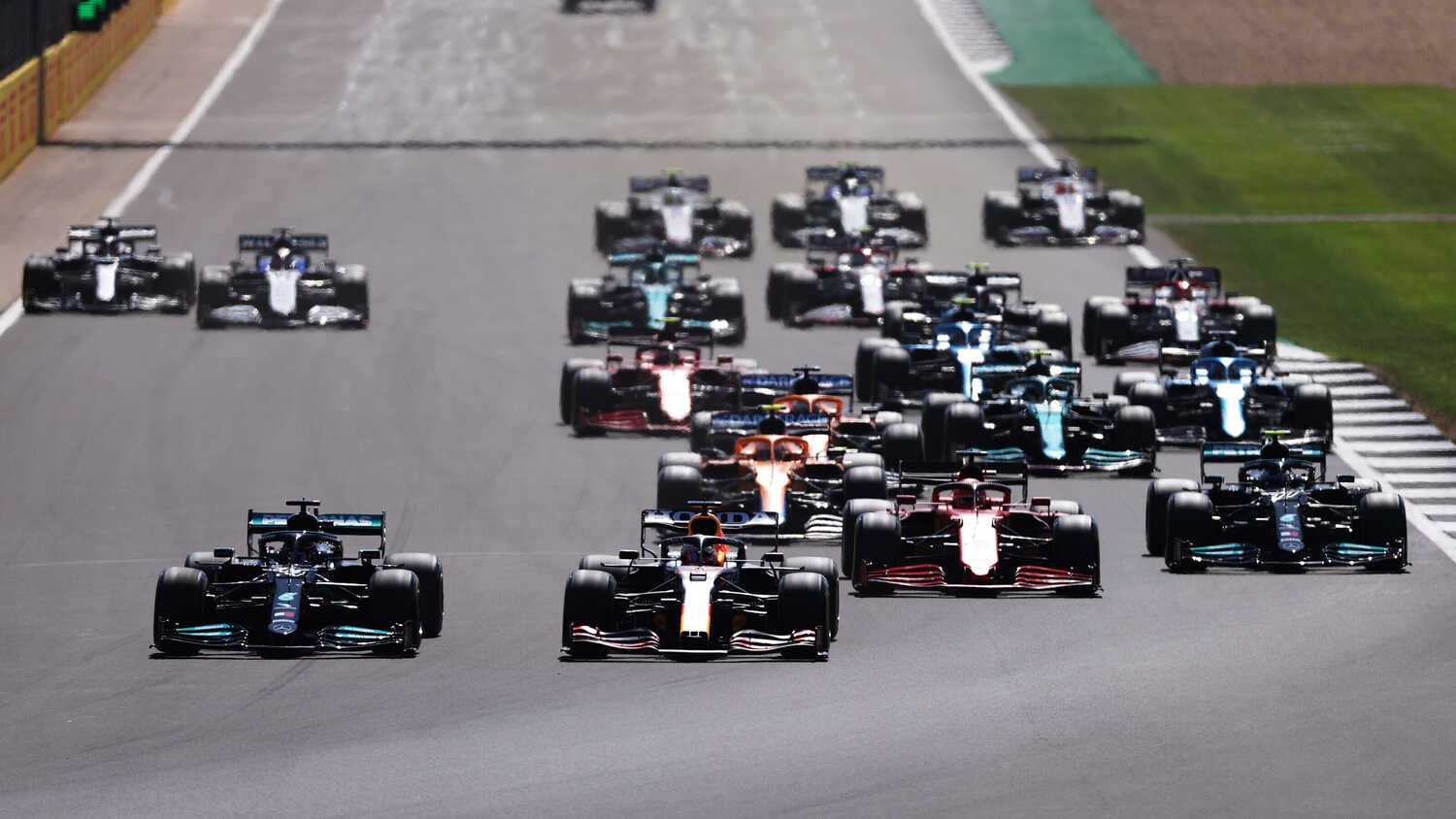 Formula 1 pundit Martin Brundle feels Lewis Hamilton was not willing to back out at the British Grand Prix due to previous racing moves against Max Verstappen during the 2021 F1 season.

Hamilton and Verstappen went wheel to wheel at the opening four rounds with the Red Bull driver coming out on top at the start of the Emilia Romagna and Spanish GP. These races and Saturday's sprint race at Silverstone, contributed to the collision between the championship pair according to Brundle.

"From the sprint race we all knew that Verstappen had to lead out of the Becketts complex at turns 10 through 14, where his extra downforce would allow him to pull a gap on Hamilton floundering in his discarded turbulent air with less downforce," Brundle wrote in his post-race Sky Sports F1 column. "He would not get that far.

"Equally, Lewis knew the only way to take command of the race was to lead out of Becketts and power down the Hangar Straight.

"Towards Copse, Max moved reasonably hard right and pinned Lewis, who had initially feigned left, towards the old pit wall perhaps certain in his mind that Lewis would yield as he approached a 180mph corner at an acute angle on the dirty side of the track.

"The day before in the Sprint, Lewis had been in a similar situation but on the outside and had to yield, costing him a chance of victory, and he had already decided not to make that mistake again.

"I believe he had also decided he had yielded too many times to Max's aggression such as at Imola and Barcelona earlier in the year, and even the day before. He was 33 points behind in the championship and needed to make a stand against this fearless Dutch driving machine who wants his crown."

Hamilton received a 10-second time penalty for the collision but went on to win the race which angered Red Bull's Christian Horner and Helmut Marko. Verstappen was sent to hospital for precautionary checks and Brundle is relieved the high-speed crash was not worse.

"Hamilton was momentarily largely alongside before he bailed out of the throttle," continued Brundle. "Max turned in feeling the corner was his and they touched, spinning him towards the barrier at high speed, finally stopping with the force of 51G.

"Thank goodness the car did not start rolling over, or a wheel bouncing into the marshal or even crowd enclosures."