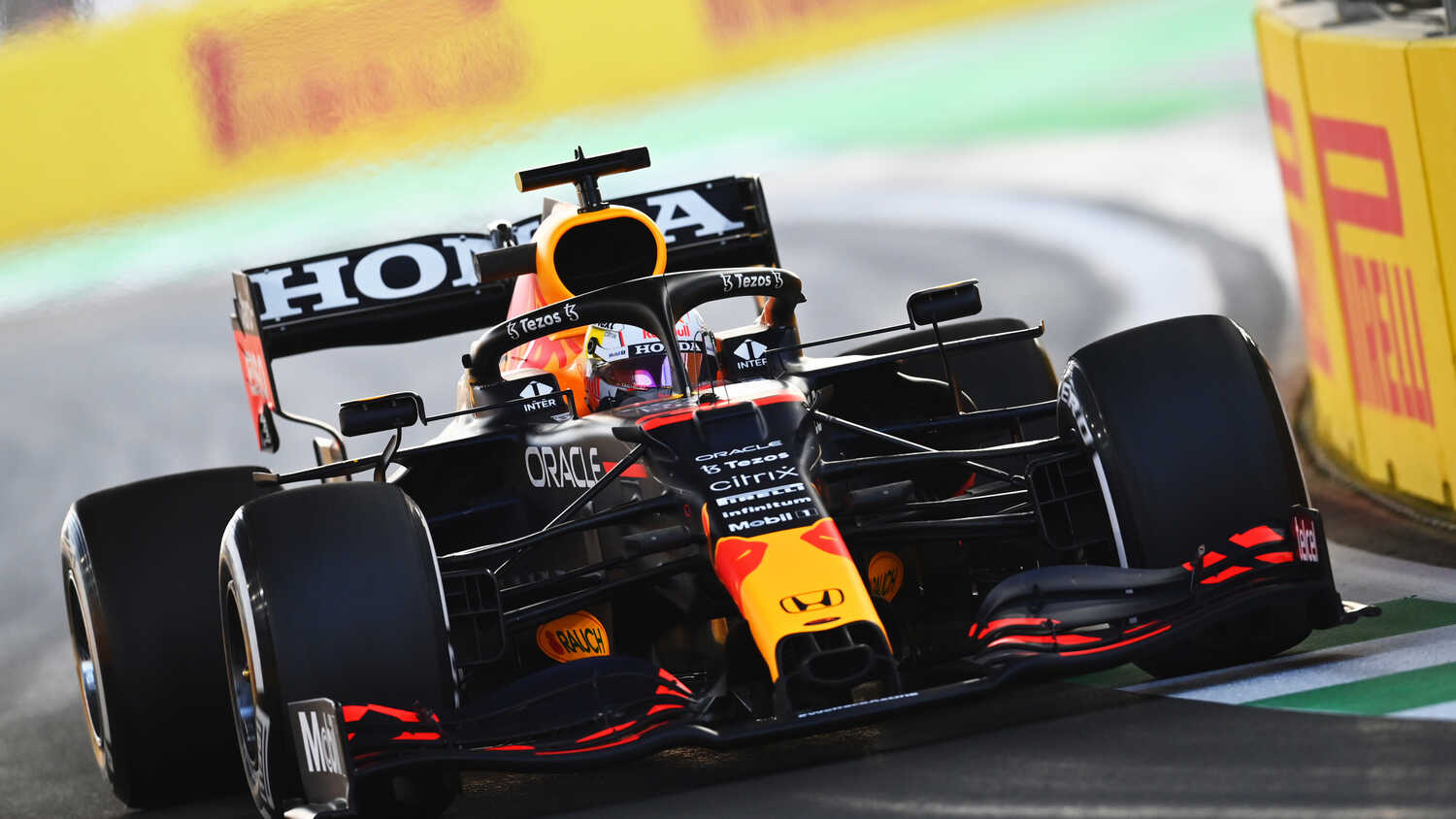 Max Verstappen has been lauded by former F1 drivers Martin Brundle and Damon Hill for his "totally committed" and "maximum attack" approach during first practice for the Saudi Arabian Grand Prix.

As drivers headed out on the all-new, ultra-fast Jeddah Corniche Circuit for the first time, Verstappen hit the ground running to deliver a sequence of flying laps significantly quicker than the rest of the field.

Although he was ultimately overhauled by title rival Lewis Hamilton, both Brundle and Hill noted Verstappen's commitment as they reviewed the opening session during their television duties for Sky Sports.

"He was absolutely flying"

With Verstappen holding an eight-point lead over Hamilton in the race for the title, Brundle reckons it was a clear statement of intent from the Red Bull driver.

"Max struggled a bit on the Soft tyres towards the end, but I thought it was quite a statement he made there of, 'I'm turning up in the next two weekends to win this World Championship'," said Brundle.

"He just came out of the traps, didn't he? He was absolutely flying and totally committed, leaving nothing really much to the imagination through some of the corners.

"But when the final reckoning came, Lewis had the edge."

Has Verstappen peaked too soon?

Hill also expressed his "shock" at Verstappen's approach but wonders how much more pace he will be able to extract as the weekend goes on, having ended the session half a tenth behind Hamilton.

Asked for his take on Hamilton's position heading into the weekend, Hill said: "You're talking about a guy who's had just about everything thrown at him and he's prevailed against most of those things.

"I'm not anxious that he was not as aggressive as Max was. Max was on it straight away, maximum attack and also using all of the road.

"The trouble with that is, when you've done that, and someone else goes quicker, what have you got to do after that? You've got nothing left."