Brown on Euro 2020 final and Norris mugging: It wasn't a well-executed event

The McLaren CEO has criticised the handling of the Euro 2020 final between Italy and England at the weekend. 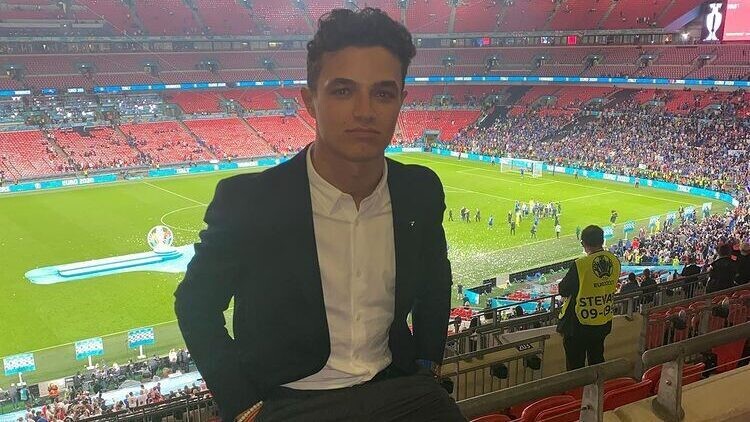 McLaren CEO Zak Brown says Lando Norris is fine and in good health ahead of the British Grand Prix but is not pleased with the handling of the Euro 2020 final.

Norris was mugged near Wembley following England's penalty shootout loss to Italy, with his watch being taken during the incident. Brown, who was also at the match, has spoken a lot to Norris since the robbery.

"Spoke with him about it a lot," Brown told Sky Sports. "I've been mugged three times actually, in Los Angeles when I was younger, so I shared my story.

"It's easy to feel responsible when you're the victim, if that makes sense, you've got a nice watch on. The reality is he did everything he was supposed to do.

"Got some bad people in the world. That was not a well-executed event, I went, and that just wasn't acceptable behaviour.

"So that's going to need to be fixed because you shouldn't ever feel in danger going to a big sporting event, you'd never see that in Formula 1.

"But he's OK. A bit traumatised as you'd expect, he's explained it to me, it wasn't a very nice experience, but he's healthy and he'll be fine."

Norris has thanked fans for their support since the news broke out and is doing his best to prepare for his home F1 event at Silverstone.

"Hi world, thanks for all the messages everyone," Norris posted on his Instagram. "Really means a lot to see so many messages of kindness and love from you all.

"Thought I'd let you know that I'm doing well and trying to make sure I'm ready and in the right zone for this weekend to perform at my best,

"Love you all and can't wait to see so many of you back at the track this weekend."