McLaren Racing CEO Zak Brown believes the expansion of the team's IndyCar efforts won't distract from the Formula 1 team's, and that there can be some knowledge transfer across disciplines. 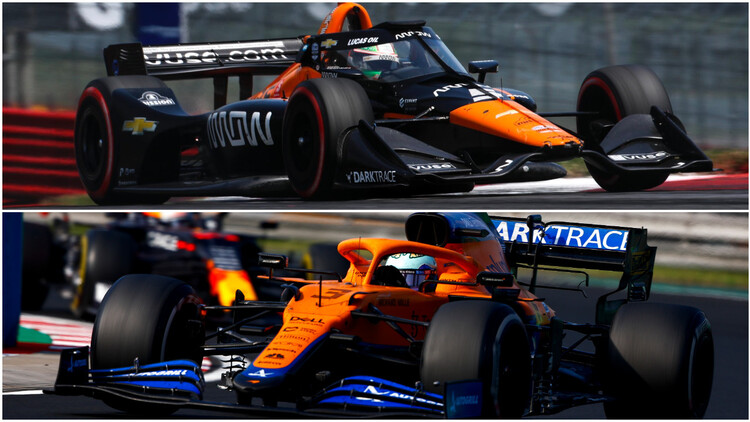 McLaren Racing CEO Zak Brown has spoken about the increased synergy that can be expected across the team's Formula 1 and IndyCar efforts, after the announcement on Sunday that McLaren Racing has increased its stake in the Arrow McLaren SP IndyCar team to that of majority shareholder with 75% ownership.

The transaction is expected to be finalised in the coming months, and will see McLaren take the controlling stake of the IndyCar team to go along with their Formula 1 team. Despite the increase in commitment across the disciplines, as well as arriving into the burgeoning Extreme E championship, Brown doesn't believe there will be any dilution of efforts.

"When we get involved in other forms of motorsports, IndyCar, we announced an Extreme E team, we have eSports, ultimately we have different individuals on each individual team to make sure that they're not distracted, because you need to be 100% committed to whatever your racing activity is."

Brown explained that there will be some knowledge and resource sharing where applicable, but both teams will essentially be standalone efforts.

"Some of the resources that we can share or more technical knowledge, know how, equipment, things of that nature, show we're very comfortable that when we get involved in other forms of motor racing, that we make sure that they all kind of stand alone," he said, but elaborated that the commercial side of the teams could benefit from being under the same umbrella.

"Commercially, we very much operate as one family as witnessed by Arrow, as witnessed by BAT, you've got Darktrace on both of our racing teams, Tezos... the list goes on," he said.

"So I think it's a real commercial advantage for us and more importantly our partners, that we have a breadth and depth of racing opportunities in which partners can come in and utilise the McLaren platform to build their business."

McLaren's increase in commitment to IndyCar comes quite quickly after arriving back into the series through a partnership with Schmidt Peterson Motorsports, with McLaren entering into that agreement ahead of the 2020 IndyCar season. Brown explained that the intention, ever since he arrived at McLaren, was to expand the manufacturer's racing interests into other disciplines.

"Our fans love it. And we have a rich history in Indianapolis," he said.

"But what doesn't kill you makes you stronger. And when you race and you crash, you dust yourself off and you get back in the race car.

"That's why we chose, in 2020, to take this approach. And so here we are winning races. So very, very excited that this is all very collaborative, an additive to all of our racing activities."