Max Verstappen got the better of Lewis Hamilton at the Emilia Romagna Grand Prix, evening up the season tally at one win each. Ross Brawn believes the Dutchman's first lap pass set the stage for the triumph. 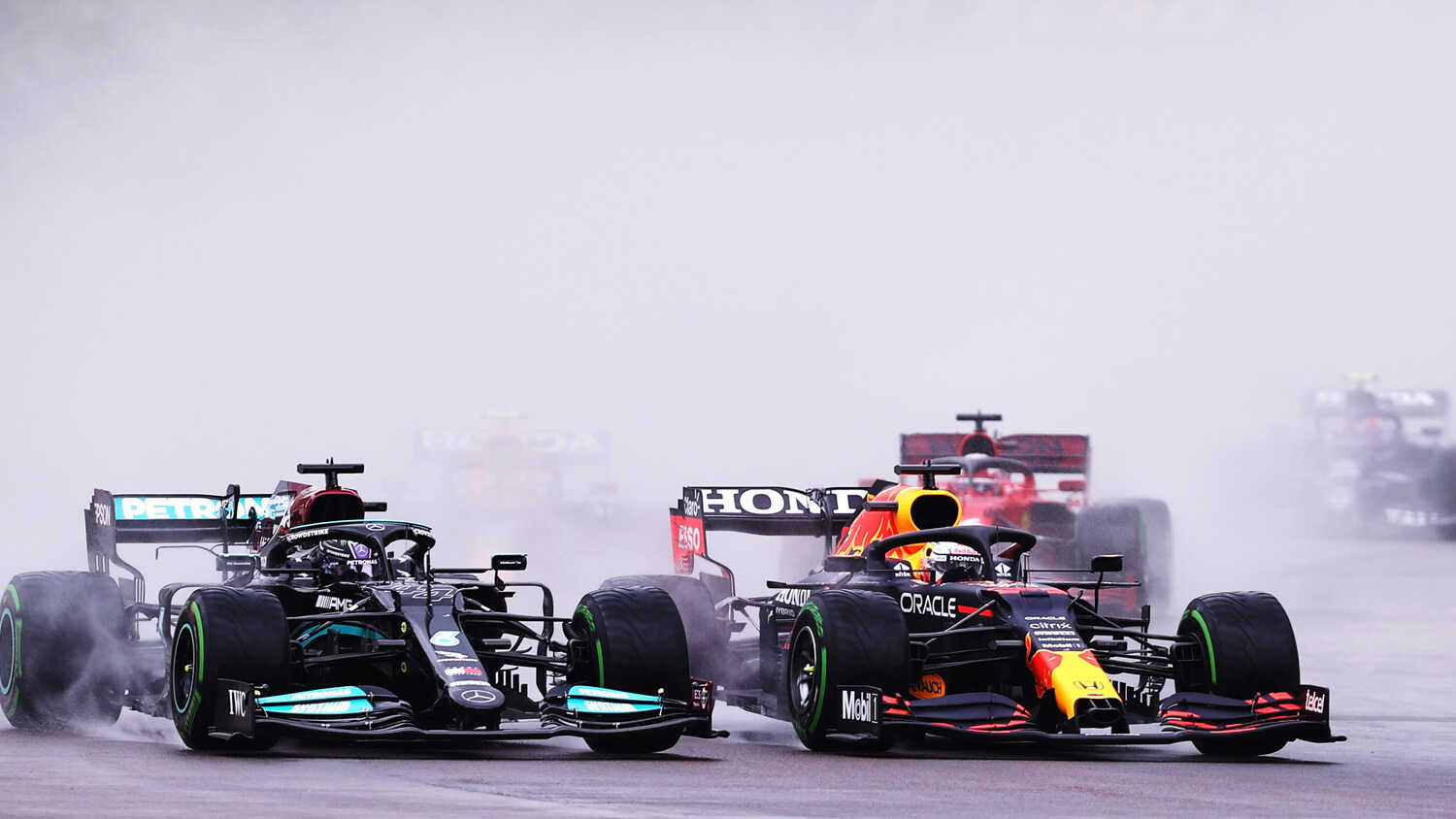 Formula 1 managing director Ross Brawn stated that Max Verstappen's pass on Lewis Hamilton in the opening stages of the Emilia Romagna Grand Prix played a key role in how the rest of the race played out.

The Dutchman showed no hesitation in moving past his Mercedes rival after just one corner despite starting third on the grid. Although the two touched, Verstappen refused to back down in the fight for track position, which Brawn believes set the tone for the rest of the race.

"The race was a bit hairy for Verstappen at times and he had a few moments - such as when he nearly lost the car ahead of the restart, however, he drove assuredly, stamped his mark and thoroughly deserved the victory," Brawn wrote on Formula1.com.

"The fight into the first corner at the start, between him and Hamilton, was significant and set the tone for the race.

"I believe it was Max’s corner. He had the line, he had the place on the track. Lewis in retrospect may wish he backed out of it, especially considering the conditions. He would have been mindful of Sergio Perez as well, who was just behind, in what was a Red Bull pincer movements of sorts – and he was clearly trying to look for space where neither could get to him."

Hamilton's hopes of claiming victory were dashed when he made rare mistake and went into the gravel while trying to lap George Russel. Despite the mishap, Brawn believes his fight back to claim second could make a difference in the fight for the championship.

"For Hamilton, it was one of those days that could count for a lot in a tight championship," Brawn added. "He made a rare mistake but recovered well and is still leading the title race."